The Privatization of India’s Defense Sector: Limitations and Prospects 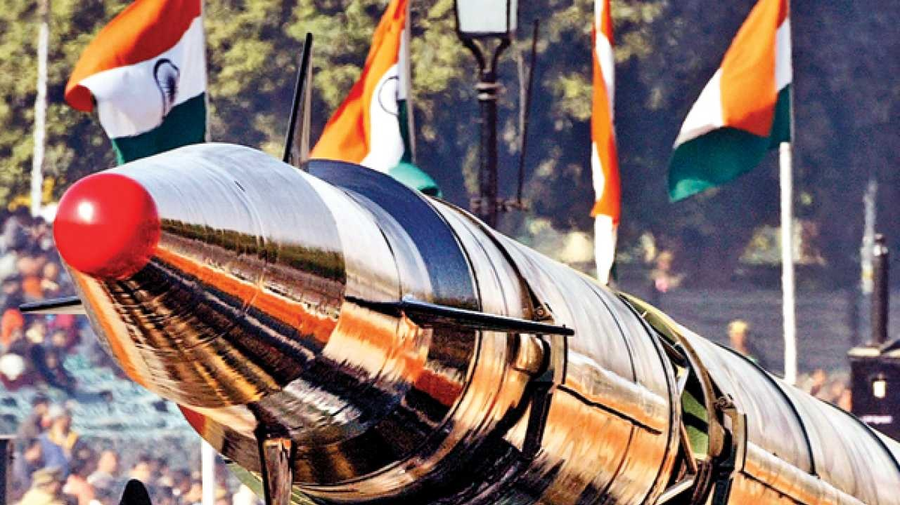 Privatization within the Indian defense sector largely began with the onset of the 21st century, when India ushered in liberalization and economic reforms throughout the Indian economy as a whole. These efforts aimed at liberalization and reforms were intended to prompt a shift away from a state-led command economy that had been instituted during the Cold War. Also, this shift away from a command economy would entail handing over the reins of a number of state-owned enterprises to the private sector in order to boost efficiency and quality.

But for the most part, India’s defense sector still remains heavily reliant on support from both the Indian government as well as technologically advanced nations such as Russia and more recently the United States. India’s reliance on Russia for defense capabilities began in 1965 after India’s war with Pakistan. Because of the Cold War context, the United States in 1965 imposed an embargo on weapons sales to India as a concession to its Pakistani ally, and as a result, India turned to the former Soviet Union and thus Russia for defense support.

However, in the 21st century and despite foreign support, the Indian government remains the most important patron of Indian defense by providing for approximately 80 percent of development costs. Nevertheless, there has been an increase of approximately 26 percent in ‘Foreign Direct Investment’ (FDI) in India’s defense sector. Tata and Airbus are believed to be the two private companies who have procured the weightiest contracts for private defense development in India.

But with the demise of the Cold War context and with India’s rapid economic growth in the 21st century that resulted from liberalization and reform, the United States has now become a major player within the Indian defense sector. The first of a litany of U.S.-Indian weapons deals came in January of 2008 during the Bush Administration, whereby the United States sold six Lockheed Martin C-130J Super Hercules military transport planes to India. This deal was valued at approximately 1 billion US dollars.

Starting from 2009 and during Barack Obama’s tenure as U.S. president, American weapons sales to India increased by approximately 43 percent, according to the Stockholm International Peace Research Institute (SIPRI). Obama-era weapons deals with India began with a 2.1 billion dollar deal in March of 2009, which led to the sale of eight Boeing P-81 maritime patrol aircraft to India. Most importantly, however, is that under the Obama Administration, India became the only country without a formal defense treaty with the United States to gain access to approximately 99 percent of American defense technologies. India also became the second-largest purchaser of weapons in the world, trailing only Saudi Arabia. As a result, the United States labeled India a “Major Defense Partner,” which in turn removed a number of American export controls. In turn, American weapons sales to India during the Obama Administration jumped in value from almost zero to approximately 14 billion US dollars. In 2020 alone, the Trump Administration has authorized approximately 20 billion dollars in arms sales to India, which goes to show how much the defense relationship between the United States and India has escalated over the past decade.

Just within the past few days, the United States and India signed a “Basic Exchange and Cooperation Agreement” (Beca), which is a landmark intelligence-sharing agreement that will enhance Indian weapons, missiles, and drone systems. During a press conference right after the signing of Beca alongside U.S. Secretary of State Mike Pompeo and U.S. Defense Secretary Mark Esper, Indian Defense Minister Rajnath Singh welcomed the prospects of even deeper U.S. involvement in the Indian defense sector, by stating: “We aspire to go beyond the buyer-seller approach to getting in partnership with the U.S. in defense and related industries.” However, the transition from a buyer-seller approach towards a more leveled defense partnership between the United States and India will depend largely on the latter’s commitment to a full-blown alliance with the United States against China’s increasing influence in Asia. The question of whether India is committed to abandoning its policy of neutrality in the rising competition between the United States and China and fully committing to one side – which in this case is the United States – is something that has yet to be determined.

Most likely, India will retain its policy of neutrality in regards to the U.S.-Chinese competition without fully committing to either side. America’s approach towards deeper defense cooperation and deal-making with India, however, is two-pronged. For one, America seeks to lessen India’s dependence on Russia for weapons and defense capabilities. Second, the United States is seeking an Asian partner with significant military and economic weight to join America’s efforts at containing and deterring China, which is rising at a consistent and steady rate in both military and economic sense. More than likely, a formal defense treaty between the United States and India sometime in the future would determine whether India has cast its lot with the United States amidst increasing pressure on neutral countries to side with either Washington or Beijing.

A couple of years before Beca, the United States and India signed a deal worth over 15 billion dollars, which led to India’s purchase of 110 American jet fighters. However, Indian Prime Minister Narendra Modi has put the deal on hold due to changing economic circumstances resulting from the coronavirus pandemic. Also, America’s push to sell a number of armed drones to India was unsuccessful during Pompeo and Esper’s visit to India a few days ago. In a basic sense, the focus of the Indian government under Prime Minister Narendra Modi is to prioritize local development and manufacturing within the Indian defense sector in the long run, despite the remarkable rise of U.S.-Indian defense cooperation and deal-making. Perhaps India is committed to mitigating its historic reliance on technologically advanced countries like Russia and the United States for the enhancement of its defense capabilities. Winding down reliance on other countries will have to be a long run project and cannot be accomplished anytime soon. Nevertheless, the commitment towards making India’s defense sector truly independent is real, and it will play out in the years and decades to come.

Adam A. Azim
Author is an Entrepreneur and Writer based in Virginia, United States. He is the author of a book and a blog (www.adam-azim.com); Adam can be found on Twitter @adamazim1988
Tags:
India Modi pandemic United States COVID Defence Sector Drone Technology Privatization
Share:
Share this...