The Land of the Thunder Dragon: Bhutan’s Evolution 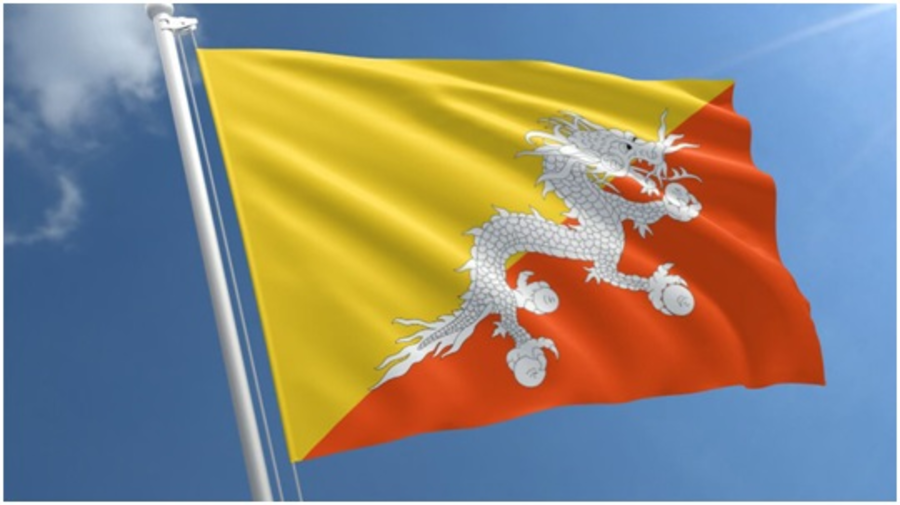 Bhutan situated in the eastern Himalayas is one of the few countries, which has been independent throughout history. Bhutan has never been conquered, occupied, or governed by an outside power. Though it is assumed that it was under the Tibet Empire during the 6th and 7th centuries, there is no concrete evidence of it. None of the large ideological movements that spread through the third world after World War II affected the kingdom. Since time immemorial Bhutan has successfully defended its sovereignty. After the first democratic elections were held in March 2008, Bhutan became a constitutional monarchy with a parliamentary democracy. The leader of the winning party, Jigme Y. Thinley, became the first democratically elected Prime Minister of Bhutan. Society in Bhutan was traditionally divided into monarchy and bureaucracy, religious community and people. The caste system and class differences existed in the form of categorization by profession in the Bhutanese society. Druk-pa Kagyu, one of the major schools of Mahayana Buddhism is the state religion of Bhutan. The country’s society likewise has evolved in terms of relationship with the environment that has given rise to a complex set of institutions, rules, customs and folklore governing the use of natural resources.

Concerning Politics, from Bhutan’s point of view, national independence has had three major correlations: the autonomy of the local polity, a strong sense of national pride, and a culture of isolationism. Political consciousness has always been very low among people. Bhutan has always maintained a low profile in international platforms despite being a member of 45 international organizations including the World Bank, International Monetary Fund (IMF), World Health Organization (WHO) and South Asian Association for Regional Cooperation (SAARC). Although Bhutan was not a secluded state, the policy of isolationism has generated a tradition of self-reliance and self- organization among local communities that developed their regulations, unwritten laws, practices and customs. The sharing of irrigation water, grazing of land, the use of common labor for infrastructures and monasteries’ maintenance is part of the Bhutanese heritage. The Constitution provides the legal framework for a democratic political system that is best suited for Bhutan and establishes a system of governance intended to safeguard the security and sovereignty of the nation, as well as to ensure the well-being of the Bhutanese people for all times to come. The country has been treading a steady path to democracy for decades. Bhutan’s polity is invaluable in today’s global society. Promoting efficiency, transparency, and accountability within the administration has become a key element for enhancing good governance.

Gross National Happiness (GNH) that is a measurement of collective happiness was first coined by the 4th King of Bhutan, King Jigme Singye Wang chuck, in 1972 when he declared, “GNH is more important than Gross Domestic Product.” The GNH Index incorporates both traditional fields of socio-economic concern such as health, living standards and education and less traditional features of culture and Psychological Well-being. Its four pillars such as good governance, sustainable socio-economic advancement, cultural protection, and environmental preservation have oftentimes explained the notion of GNH. The GNH of Bhutan in recent years has gradually decreased due to the increasing income gap, youth unemployment and environmental degradation. Climate change has further led to the melting of glaciers potentially affecting hydropower plants. GNH in the future for Bhutan will also depend upon mitigating the foreseeable conflict between traditional cultural values and the modern lifestyles that inevitably follow in the wake of development. Establishing such a society will require a long-term rather than a short-term perspective of development. Much will likewise depend upon how well the country’s environmental resources are harnessed and managed.

The Kingdom’s economy is no longer one that is entirely dependent on subsistence production. Bhutan has made progress in modernizing its economic structure and reducing poverty. The public sector has long been the main source of economic growth, but the government now recognizes that private-sector growth is crucial. The government has taken measures to ensure greater security for property rights. Trade is extremely important to Bhutan’s economy. Robust economic expansion in Bhutan is supported by rapid growth in industry and services. With regard to issues such as domestic violence, substance abuse, unemployment, suicide and mental health that exist in the Bhutan society, there is no overt or definite gender discrimination in Bhutan. Women in Bhutan who constitute nearly 49% of the population experience more social freedom and fairness and the Constitution ensures equal rights to women and men. The electoral laws also grant equal rights to women in politics.

In the area of education, initially, only monasteries provided education. However, modern education in Bhutan was introduced in the 1960s and with it, both men and women had the opportunity to enroll in the formal education system. The goal of the Royal Government of Bhutan is to provide a minimum of 11 years of free, quality basic education to all its citizens. The education system is divided into 3 categories: Monastic Education, General Education, Higher Education and Vocational Training, Non-formal Education (NFE) and Special Education. Free education up to tenth grade is guaranteed in the Constitution. In 2014, the country drafted the Bhutan Education Blueprint for 2014-2024, which outlined a 10-year plan for improving children’s access to education without compromising traditional values. In health care, before opening its doors to the world in 1961, Bhutan’s health infrastructure consisted of four small hospitals and a handful of dispensaries. Almost everyone was dependent upon the skills of indigenous doctors and their knowledge of the medicinal qualities of the plants collected from the forests. Communicable diseases were widespread, and more than one- half of the children born to women died at birth or within the first few years of their short lives. However, Bhutan has led South Asia in the use of oral rehydration therapy for preventing deaths from diarrhea and it was the first country in the region to iodize its entire salt supply, which has resulted in the virtual elimination of iodine deficiency.

The King of Bhutan has been at the steerage of affairs when it comes to the country’s strategy towards battling COVID-19. Bhutan has also put forth its first sovereign bond that includes investment lessons during the pandemic in order to promote capital market, push for fiscal financing requirements, and boost the economy in battling the pandemic.

India that has been traditionally close to Bhutan and sharing ‘Special bilateral ties’ with the latter in the COVID pandemic crisis has donated medicines, PPE kits, medical supplies and testing kits to Bhutan apart from increasing its assistance in the areas of border control. Bhutan has likewise used the 3 T (Trace, Test and Treat) plan for battling the pandemic following the very beginning days and fastened it in its response. Recently, the increasing mental health crisis in the beginning days of the pandemic had led Bhutan to prepare a National Mental Health Response Team comprising counselors, psychiatrists and psychologists. The team was involved in increasing knowledge and awareness, establishing mental health hotlines and advocacy factors on psychological health.

Also, the Tourism Council of Bhutan is preparing and expecting to resume tourism in the early next year. A travel-bubble idea is also being considered to permit travellers from those nations who have survived the pandemic properly and do not have surging COVID cases. The national lockdown due to COVID-19 by states has further hit Bhutan due to increased power consumption that led to power blackouts. Considering these power blackouts, Bhutan is planning to diversify its renewable energy sources and has floated a plan for establishing the nation’s first ground-mounted solar plant. Bhutan, which is already, a part of India’s initiatives such as the International Solar Alliance (ISA) and ‘One Sun One World One Grid’, is further focusing to expand its solar energy capability during the pandemic times.

Bhutan 2020: A Vision for Peace, Prosperity and Happiness

Bhutan many decades ago was a country different from what it is today. In the early 1960s, when Bhutan cautiously opened its doors to the forces of change and modernization, the nation possessed minimal infrastructure that one could today associate with a modern nation-state. Gradually, there has been remarkable progress made in advancing social and human development conditions in the country based on the Royal Government’s strong social redistributive policies and investments made over the plan. Bhutan remains firmly on the track to achieve the Millennium Development Goals (MDGs) and has come closer to realizing its long-term vision 2020 social goals. However, the polity of Bhutan lately has been confronted with many challenges concerning the nation, people and economy. The main hurdle facing Bhutan as a whole is the maintenance of identity, sovereignty and security as a nation-state and the communal tensions that are playing a major role. Population growth and urbanization of the economy have brought many changes. The young generations who are educated abroad have changed their lifestyle with western values and consumerism. Drugs and crime rates, terrorism by various terrorist groups from neighboring countries illegally present in the nation are on the rise. The influence of religion on the young population has slowly reduced. Also, the economy of Bhutan is still in the transition phase and the private sector remains to be in the infancy stage of development. In the Post-COVID world, Bhutan will move forward in all aspects of development and likewise deal with more challenging issues at the domestic front and foreign affairs, specifically in dealing with belligerent China’s recent moves that threaten Bhutan’s sovereignty and territory.