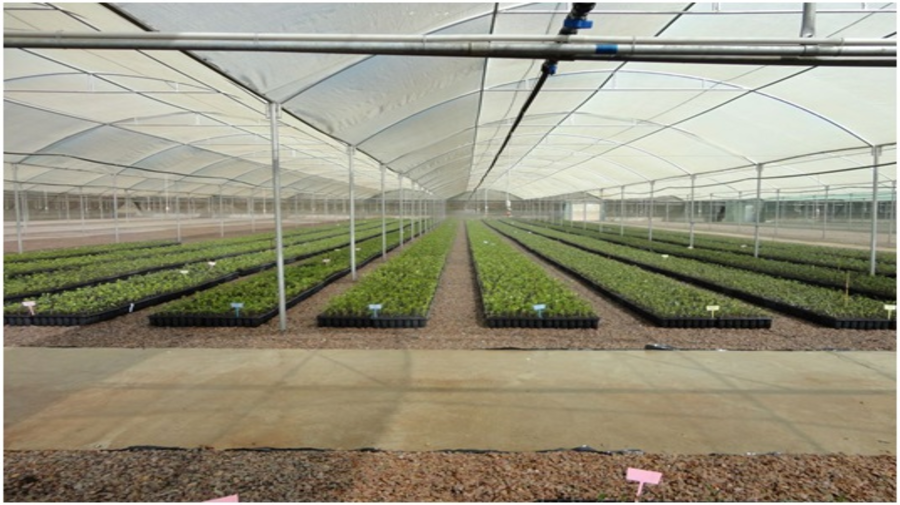 Food efficiency is one of the major components in security studies as ‘food’ constitutes an important part of human lives. The world of agriculture is in countless efforts to balance the demands for its population but due to certain hindrances like climate change that has affected the agricultural sector. Many developing countries are still depending on their agricultural produce which requires foreign technological assistance at times. In this context, bilateral relations benefit countries to share technologies that could help to produce more yields.

Agrarian Basket of India and Israel

India – Israel bilateral relations have evolved since 1992 and has shared their values and interest in all spheres and had dealt with various challenges like security to food. Both countries have cooperated in various fields such as commerce and trade, science and technology, defence, political issues, education, culture, tourism, agriculture, development and more. Agriculture is one of the prominent in the relations as both are an agrarian economy. An agrarian economy is defined as a type of economy that focuses on the agricultural industry that is crop production and livestock farming.

Around 70% of the Indian economy is dependent on agriculture which is a huge figure compared to other countries. India is currently in the second phase of the “Green Revolution” that focus on food security. According to Yatish Yadav, India has expanded its agricultural productivity as its rice production has increased from 2,400kg per hectare (2015) to 2,659kg per hectare (2019). Under the present phase, there are two aims: first is to achieve sustainable agriculture which means adopting agricultural practices that would not harm the environment or the natural resources including water. The second goal is to diversify the food basket including a larger supply of vegetables and fruits. This goal was entrusted to India’s National Horticulture Mission (NHM).

Whereas in the case of Israel, the country has developed various unique expertise and mechanisms to approach its arid and semi-arid climatic conditions. The state has limited natural resources that they manage efficiently through the integration of technology in their agricultural ambit. This mechanism has helped the country to achieve growth in the sector. Hence, this attracted NHM to choose Israel as a partner for India in promoting the goals enshrined in India’s Green Revolution.

India- Israel Agriculture Cooperation Project was started in 2008 when both countries signed a three-year Action Plan. The plan expanded later to include the 2012-2015 phase. Under the framework, Israel was requested to provide professional training programmes and their agricultural practices to India. It was agreed that the partners in the deal will be The National Horticulture Mission (under The Ministry of Agriculture of India) and Israel’s Agency for International Development Cooperation also known as MASHAV (under The Ministry of Foreign Affairs). To achieve the goals “Agriculture Centers of Excellence” was established which was funded by both the Federal Government and respective State governments (responsible to allocate land and manpower).

The whole approach was based on a principle of sustainable economic growth where it was decided that MASHAV will focus on the activities implemented by the Center for International Agricultural Cooperation (CINADCO) that aim to promote innovation in the agricultural sector. As part of this, MASHAV focussed on capacity building and transfer of technology and knowledge to support various Agriculture Centers of Excellence.

The Centers of Excellence is a platform for technological transfer to the farmers. Agricultural technologies like drip irrigation, protected cultivation and fertigation are demonstrated so that farmers can adopt them to increase their yields, improve quality and productivity. This system will introduce new varieties, increase the income of the farmers, and impact the market prices. The centers are established according to the requirements of the Indian government and it offers various agricultural practices like Hi-Tech poly- houses for the benefit of the farmers.

With India-Israel relations one of the major components of growth achieved in the field of drip irrigation. India in 2003, recognised the importance of drip irrigation and established ‘Task Force on Micro Irrigation’ which provided government subsidies to encourage farmers to take up drip irrigation. This plan got a boost under this relation as Israel adopted the optimal use of water in agriculture. According to Randhir Chauhan who is the Managing Director at Netafim India, “Drip irrigation is probably the best possible way for optimum use of water as well as gives best returns per unit of water. The Indo-Israel relationship has certainly helped many companies to increase trade on both sides.” Hence, the collaborations have helped to bring advanced technologies and innovations to the Indian farmers at affordable prices under the banner of Make in India and adopting the concept of technology transfer with the support from Agronomists from Israel. These experts from Israel educate the Indian farmers from their practical experiences and conduct various field visits and seminars that could possibly help these farmers and provides them with technological inputs that are suitable for Indian conditions.

For the proper implementation of the Centers of Excellence, it was arranged in clusters like mangoes, pomegranates, and citrus. An Indian expert is put as a cluster head. The head has a crucial role to play in ensuring the sustainability of the project. Their job is to provide professional guidance to project officers and must look on to the new centers regarding their field preparations, construction, and tenders. The cluster head is also responsible for organisation seminars and working on the adaption of Israeli technology to the local needs. Hence, each cluster working is different from the other.

Under the Center of Excellence in Mangiana, thirteen varieties of citrus were planted to examine their response to local conditions. There were different varieties such as early season and late season oranges, grapefruits and so on that avoided the dependency on the specific variety. This provides ample options to choose from the fruit baskets.

The blueprint achieved in the agricultural baskets has symbolised the bond between the two nations for achieving surplus production. The success rates have been boosted because of the technological advancement along with a proper channel of communication between both the countries. Hence, India-Israel Agriculture relations have increased in the past years and venturing into other areas for mutual benefit.