Emerging avenues for India-Africa cooperation in trade and investment 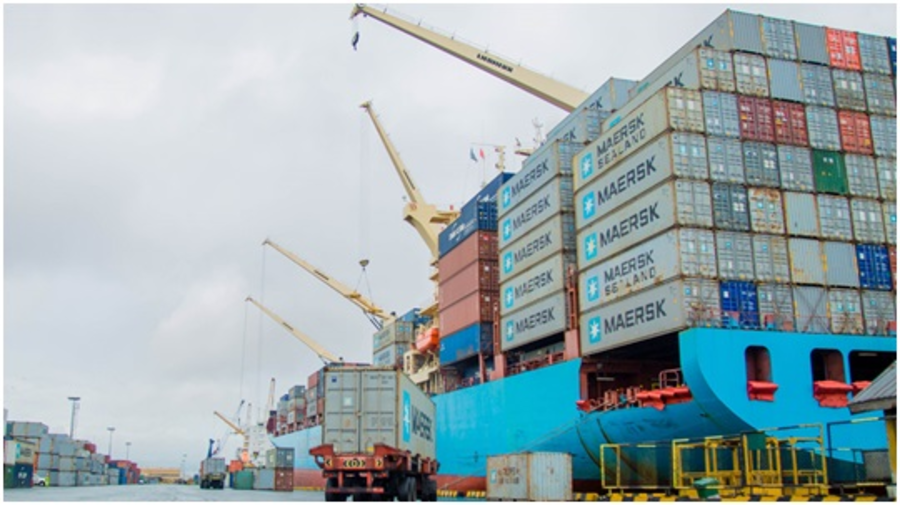 India and Africa are natural allies due to their shared cultural and historic ties. Despite sharing commonalities, India-Africa have underperformed with regards to trade and India finds itself playing catch-up to China in Africa. With a combined population of 2.5 billion people and a gross domestic product of $5.5 trillion, there are multiple emerging opportunities for India and Africa to deepen cooperation and investment. These will be explored in this article.

In 2016, India became Africa’s second most important trade partner after China. Indian firms have invested in diverse sectors across Africa such as “energy, metals, automobiles, pharmaceuticals, agriculture, banking and information and communication technology.”[1] Trade between Africa and India has gradually grown at an average of 17.2% since 2001 – from $5.3-billion in 2001 to $62-billion in 2018. Additionally, African exports to India are growing at an average annual rate of about 32%, while Indian exports to the continent are growing at 24%. With such positive trade growth figures, India has overtaken even former colonial powers such as France and Britain in Africa. But India cannot compete dollar-for-dollar with Chinese spending power – China’s trade with African countries is three times that of India’s.

In recent years, the driving force behind the rapid growth in India-African trade has been India’s growing appetite for primary commodities and national resources (particularly oil for its growing energy needs) as its economy grew. The urgent need for raw materials and oil was a major factor in engaging Africa. But historically India and Africa had forged ties because of their shared colonial history, although their relationship had languished in the last few decades. Only in the 1990s after India liberalized its economy did it prioritize reviving trade with African countries – initially prioritizing relations with East and Southern African countries, due to strong historical and cultural ties. At least three million people of Indian descent live in Africa, with more than 1.3 million in South Africa alone. East African countries of Uganda, Kenya and Tanzania also have large Indian diaspora. Although the Indian diaspora in Africa predates British rule, Indian populations in Africa greatly increased due to forced indentured servitude (particularly in South Africa) and worked in sugar cane plantations, construction and mining.

In 1955, the first Afro-Asian meeting of nations took place in Bandung, Indonesia with Indian Prime Minister Jawaharlal Nehru a key organizer. The Bandung conference gave rise to the Non-Aligned Movement (NAM) which lay the groundwork for subsequent South-South cooperation that launched India into its engagement with Africa. However, India’s policy and engagement with Africa solidified under the current Indian regime.

Indian-African ties are being reinvigorated under the leadership of Indian Prime Minister Narendra Modi. His intent towards Africa was evident at the third India-Africa Forum Summit in 2015 where 40 African heads of state were present. The Modi regime has also made concrete steps in establishing a line of credit to African countries, as a form of the development cooperation. India has extended 181 chains of credit, totalling $12-billion to 41 African countries for development of projects. That is a huge increase from previous regimes which did not particularly prioritize Africa. Additionally, in March 2018, the Modi government established 18 new diplomatic missions throughout Africa and in July of the same year, the prime minister undertook a three-country tour of Africa – visiting Rwanda, Uganda and South Africa. Unlike his predecessors, Modi has a coherent African strategy which remains a key priority for his administration.

That strategy was made evident in Modi’s address before the Ugandan parliament in July 2018, where the Prime minister outlined 10 key priorities of India’s engagement in Africa. These principles can be categorized into categories of “trade, investment, climate change, security/terrorism, digitalization, agriculture, and aid/development”. These principles are multidimensional and favour multilateralism rather than bi-lateral relations with individual African countries. With that in mind, it is necessary to explore two of those principles, trade and investment – particularly emerging avenues for India-Africa cooperation.

First, through its long-established and well-integrated diaspora, India can seek greater engagement with Africa. This gives India an advantage and will enable it to forge its own path in Africa despite the presence of the United States, China and the European Union. India can make greater use of its diaspora in Africa as both a facilitator of goodwill and as an entry point for engagement. Furthermore, the Indian diaspora is more assimilated than China’s (Africa’s largest trade partner), mainly because Chinese emigration to Africa is a more recent development.

Second, another emerging avenue for India-Africa cooperation is the ambitious India-Japan-Africa Growth Corridor (IJAGC), a developmental project which aims to achieve closer developmental cooperation with Africa. The proposed IJAGC project is a joint Indo-Japanese effort aimed at building infrastructure in Africa and is a ‘maritime corridor, built on (pre)existing routes with India, combining Indian soft power in Africa with Japanese financial backing.” The IJAGC represents India’s largest undertaking in Africa and is a bold effort in counteracting Chinese dominance on the continent – and its Belt and Road Initiative (BRI) which stretches to Africa.

Third, education is another very important avenue. The United States – and more recently China – has for decades used education as a strategy to engage African countries and future elites – benefiting immensely in the process. By educating promising African scholars, the US and now China has fostered the goodwill and influence of present and future African elites. India has wisely adopted a similar strategy with its e-Vidya Bharati and the e-Aarogya Bharati initiatives with the objective of awarding 15,000 scholarships to African students from 2019 through to 2024. Like the US and China, in educating promising students, India could have the goodwill and the ear of future African elites.

Fourth, while India pursues global leadership ambitions – and given its renewed commitment to Africa – it can speak on behalf of the continent and countries in the Global South. A rising and increasingly influential India can help enable greater African agency while pursuing its own interests concurrently.

Lastly, India and Africa could also collaborate in other avenues such as “medical services, agriculture and digital technologies to narrow inequality and empower more people with online education” and “address sustainable development that both regions needed in a mutually beneficial way”. With their already well established strategic and cultural ties and commonalities, India and Africa can realize great untapped potential for trade and investment.