Jiggery-Pokery of China: The Aggressive Land and Sea Grab Strategy 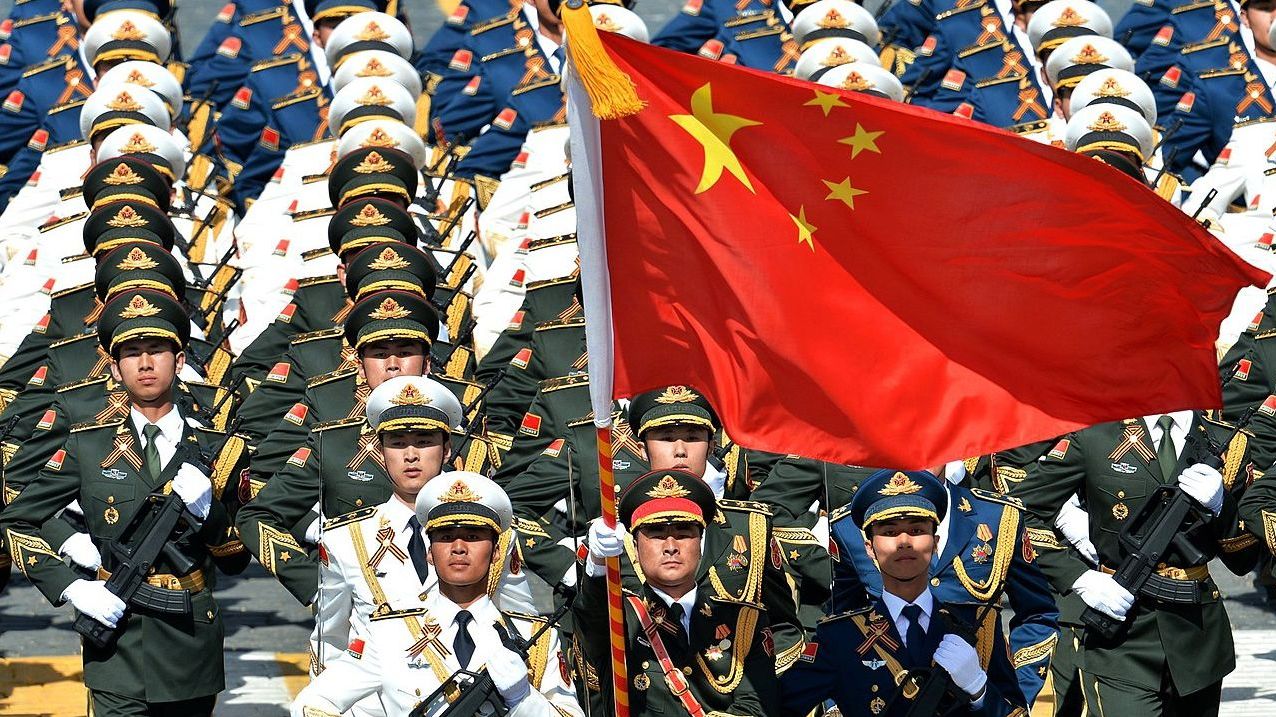 China’s craving for others’ land has no limits. Since the last few decades, China has instated its aggressive land grab strategy in many parts of the world. The term “land grabbing” was initially used by the non-governmental organization (NGO), GRAIN to explain events of privatization, dispossession and ownership concentration in the form of Foreign Direct Investment (FDI) in agriculture. “Land grabs”, a phrase used for any property theft of a comparatively huge amount of land have been controversial throughout the world, however primarily in Africa, wherever colonial powers such as France and Britain grabbed almost the whole African mainland. Experts claim that in the 21st century, the People’s Republic of China (PRC) has turned into a neocolonial power. As per Jean-Marc F. Blanchard, a China scholar, “the common characteristics of China’s ties with several nations now have a close similarity to the European colonial powers’ associations with African and Middle Eastern nations that existed in the 19th and 20th century”.

Presently, China bemoaning about chagrin and land claims look a tad vague because it is pushing its frontiers and consuming land in many nations. China has been practicing the craft of infringing laws and distorting history. According to Ex Maldivian President Mohamed Nasheed, “China in the last few years without shooting a single bullet has grabbed more land than the British Empire’s “East India Company”. Tibet is conceivably China’s most certain land grab that enforced the claim on the Himalayan nation and consolidated it with its territory where after Tibet’s spiritual head, Dalai Lama and his followers were forced to flee to India during the “1959 Tibet Uprising”. Recently as per the news reports, China has illegally occupied Nepal’s land in various places. It has annexed 150 hectares and the Nepalese politicians have asserted that the expansions of their land are presently the start of the increased Chinese bellicosity along the frontier. As per the UK-based Telegraph, the Chinese purportedly started grabbing Nepali land in five frontier regions in May 2020 by assigning members of its People’s Liberation Army (PLA) over unguarded sections of the frontier. In the Russian city of Vladivostok, China is claiming ownership of the city that previously belonged to the Qing dynasty. But after China lost in the second opium war, Vladivostok was returned following an agreement it signed in 1860 that states that the city legitimately belonged to Russia. However, China often rejects any agreement that isn’t acceptable to its demands.

China has also been claiming that Central Asian nations like Kyrgyzstan and Kazakhstan have been part of China. It is intending to intensify in establishing military underpinnings across Central Asia, which is a cause of concern. China has claimed the whole Kyrgyzstan region to be a part of China. In 1999, China pushed Kyrgyzstan to return over 1,250 square km of land. China likewise has a continuing conflict with Tajikistan that record back to 1884. China in Tajikistan has been claiming the Pamir region. China has also hugely penetrated Africa and has large unresolved problems in Hong Kong and Taiwan. As part of its ‘One China policy’, it has been claiming Taiwan and has freshly pressed a security law in Hong Kong.

Africa is seen as the principal victim of this new Chinese global abuse drive. Chinese intrusion into Africa has been portrayed as an “African land grab” and a “New scramble for Africa”. Being Africa’s biggest trading ally and creditor, China, has interests in minerals and oil and looks to be one of the more natural “neocolonialists” of African agriculture. The Chinese interest in African rhinoceros tusk, ivory, abalone and materials from other threatened species has likewise taken an important toll on preservation efforts. As per the International Food Policy Research Institute and at Johns Hopkins University, Chinese firms have claimed to have gained or settled high amounts of African farmland.

The South China Sea viewed, as one of the world’s most significant maritime trade routes is a core hub for all geographical and international economic movement, promoting yearlong trade worth trillions of dollars. China here has been aggressively involved in the ‘sea grab’ by renaming of many islands, reefs, seamounts, shoals, and ridges that has sparked furious accusations by the affected nations and worldwide revulsion. In the East China Sea, China is at loggerheads with South Korea, Japan and North Korea. With the Senkaku and Ryu Kya islands being a critical bilateral issue, China is entangled in a land wrangle with Japan. In South Korea, China claims islands in the nation’s Exclusive Economic Zone (EEZ) and the whole of South Korea on a historical basis. Both also have a conflict over Socotra Rock in the East China Sea. In North Korea, China has an ongoing conflict over Mount Baekdu and the Tuman River. In the Philippines, China still claims portions of the Spratly islands despite the International Court of Justice (ICJ) dismissing China’s claims. In Vietnam and Laos, China claims large areas on historical criterion (Ming dynasty and Yuan dynasty respectively). It’s also caught up with Vietnam concerning the Paracel Islands, Macclesfield Bank, parts of the South China Sea and the Spratly Islands. A few months ago, China sank a Vietnamese fishing trawler near the Paracel Islands inviting criticism from many countries. In Indonesia, China demands fishing rights in waters near the nation’s islands. In Brunei and Malaysia, China claims the Spratly Islands. In Cambodia, China has claimed parts again on historical precedent. In Thailand, China has been eyeing the Mekong River since 2001. In Mongolia, China claims the whole country on a historical basis (Yuan Dynasty). In Singapore, parts of the South China Sea are being challenged by China and Singapore.

Through the China Pakistan Economic Corridor (CPEC) project and the enormous loans that have been dispensed to its all-weather friend ‘Pakistan’, China has turned Pakistan into a thrall land. The latest reports of the Chinese funded Diamer-Basha Dam in Pakistan Occupied Kashmir (PoK) have become an environmental catastrophe in the making. Pakistan government is also trying to hand over the Karoonjhar Mountains and Sindh islands of Buddhoo and Bundalon for the CPEC project on the demand of the Chinese government, without taking permission of the people of Sindh or its government. Scholars and experts believe that Pakistan in the next few years is set to become a colony of China if it continues ceding its land to China. The red dragon has been at daggers drawn with India over the Ladakh boundary issue and has been attempting to change the ‘status quo’ with India that led to the loss of many Indian soldiers a few months ago. China is also staking claim to large tracts of Arunachal Pradesh (Indian state) to be a contiguous part of Tibet, due to its refusal to accept the McMohan Line as the border between the two nations. China has also been on a border dispute with Bhutan since 1986 and claims large parts of easterly Bhutan areas like Cherkip Gompa, Dho, Dungmar, Gesur etc. The 2017 Doklam issue showed how China tried to build a road in Bhutan’s territory and the Indian Army stepped in to help its ally. The port of Hambantota, that has attracted the world media attention of Sri Lankan government’s 99-year contract to the Chinese state-owned company, China Merchants Group (CMG) has been viewed by international observers as a ‘debt trap’ and ‘land grab’ by China.

In Myanmar, there have been many reports and complaints from locals related to human rights breaches, accusations of land grab and environmental destruction due to land procurement and industrial ventures by Chinese firms. Also, Myanmar has alleged that ‘China’ is arming a rebel group, the Arakan army, with advanced military technology displaying China’s aggressive character in arming insurgent groups. China through its investment ventures has likewise attempted to land grab in the Maldives that could be turned into military posts, which could destabilize the Indian Ocean region, and be pernicious to Indian defence and security. China is also making its way to the Pacific island nations of Kiribati, Solomon Islands and so on, which has brought the U.S.-China ties under considerable strain. China is also one of the main countries in acquiring land in Argentina, Latin America, and Colombia in which its stake is concentrated. China has been trying to expand its Arctic footprint and has also carried out undeclared military activities in Antarctica, by instituting a position for territorial claim, involving in minerals research.

Post-pandemic, China has been experiencing a food crisis for its huge population, slumping demand for its manufactured products and disappointment due to the fractured Belt and Road Initiative (BRI) projects where it has invested trillions of dollars. The Telegraph has stated that China has sought a more hawkish foreign policy under President Xi Jinping whose BRI projects beam to create trade and transport connections from the nation beyond Asia and toward Europe. Apart from the land grab, China is also trying to gain controlling stakes in firms globally. China, which is aspiring to be accepted as a modern superpower has got entangled in military and political disputes, in migration and government matters because of acquiring land and is trying to establish diplomatic connections with many countries. Since the COVID-19 pandemic, from the South China Sea to its South and Central Asian neighbors, Chinese territorial infringement has produced crevices in bilateral ties. China’s territorial grab, a conquest of brute coercion over laws, jeopardizes the vulnerability of the contemporary liberal world order.