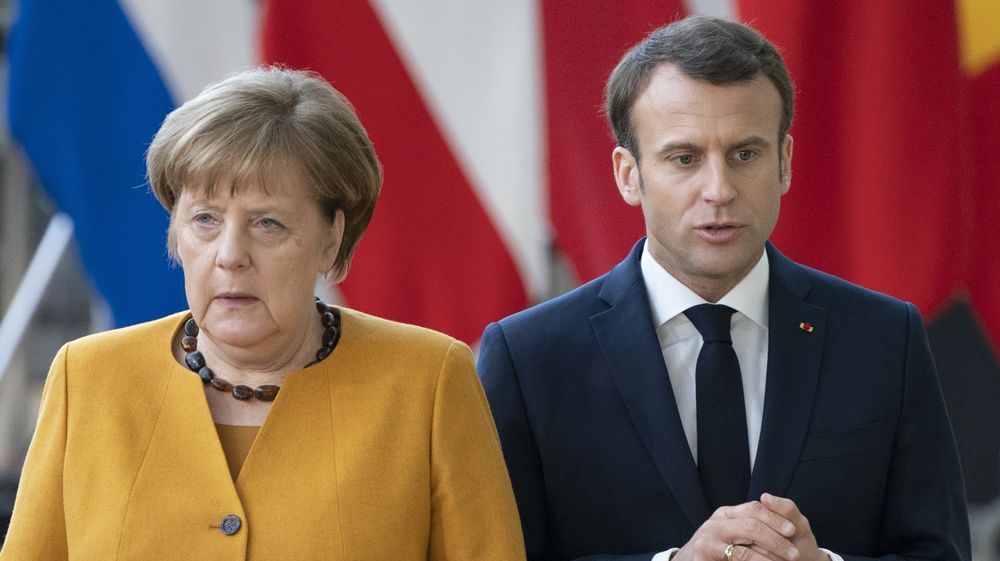 The world has come a long way from when the only superpowers in the world were all European. Today, the European Union as a whole is only the third-largest global power in and it finds itself in the midst of an increasingly divided world. With the hegemony of the United States of America declining and the rise of China as both a military and economic superpower, the world is entering a new phase of the order. Some might argue that we have already reached a state of bipolarity, for the first time since the fall of the USSR.

Europe in the midst

China has been gradually asserting itself more and more on the global stage. The US had seen their rise coming and there was always speculation of a big power struggle. The ideological difference meant that when both economies reached a similar level, there was definitely going to be a clash. The Coronavirus pandemic has further accelerated this process. But as others prepare for this new world order, what Europe does during these times will be crucial. There are multiple aspects to this, however, and the actions of European nations and the European Union, both might differ and will have varying impact.

Before looking at the possible approaches that Europe might adopt, we need to analyse the current relations of the EU and its members with the two superpowers as well as understand the problems and restrictions that might impede European intervention in maintaining peace. The majority of EU states have historically aligned themselves with the US as they share common ideologies of democracy and human rights. Recently, however, after the USA exited the Paris Agreement under Donald Trump, their relations were likely to be strained. Joe Biden though, the new president-elect has assured that the USA will re-join the agreement as soon as he assumes office. China on the other hand shares a more complex and uneven relation with the Union, but currently, the ties between the two are not very strong. There is a subtle but visible opposition to Chinese ideas and actions in the European camp. The problem that the EU faces is how to balance their ties with both countries and how to manage to convince all the members to come to a common consensus. Another issue it has encountered frequently is defiance of agreements by its members and its inability to act firmly. The role of non-member European states too, although extremely small is something to consider. Thus after looking at all these factors, we will focus on three realistic paths that the European Union might follow in the short and long run.

Firstly, the EU can take a non-interventionist and neutral position. Letting the two poles decide their own fate. But this approach has several drawbacks to it. While Brussels might take on strategic neutrality, it would still have to make decisions on trade. Unfortunately for them, China’s economic policies are very aggressive and ambitious. This means that any decision they take on China appears to be either supporting them or opposing them. They would also face pressure from Washington to uphold their military alliance under the North Atlantic Treaty Organisation (NATO). Even on managing to keep out of matters, if tensions between China and the US rise uncontrollably, that could mean potential disaster for the world.

Another option under consideration could be a complete alignment to the US. This would seem like an easy and obvious choice for the EU. Considering how major democratic countries such as Japan, Australia, India and the US have come together to counter the Chinese threat in the South China sea, the European liberal democratic values tilt them towards this side. There have even been talks of possibly France joining the QUAD. Thus the largest democracies, who also happen to be big players in international trade, could come together and isolate China. The important thing to remember though is that most members of the Union have opposed aligning themselves to anyone country over the past few years and this is visible in Brussels’ decisions in recent times. They have shown restraint in siding with the US and tried to maintain a neutral and independent image lately, thus making this scenario highly unlikely.

Lastly, the EU could take on the responsibility of reducing hostilities and relaxing tensions between China and the US. This would require all, or at least the majority of the member states to come together and make a conscious effort towards this aim. The EU and its members are the largest trading partners for both the US and China. Europe is the destination for maximum US and China exports and thus Europe could try to pressurise them to maintain peace. However, Europe itself depends a lot on trade with both these nations and would not want to damage economic ties with either. The other option, although debatable is the use of European soft power. It is indisputable that the biggest possessors of soft power are members of the EU. Thus, it could be argued that they might try to persuade the rivals to come to terms and to ease global tensions.

Europe thus finds itself in a very tricky position. It has several critical decisions to make in a short period of time. And although it might not be in its most glorious times, it is still very much the centre of the world. The world has always looked up to Europe and expects it to make the right decision. The US may be stronger, China more assertive, but Europe has been the breeding ground for new ideas and human development. Thus in these testing times, the responsibility falls directly upon them, as they are the only ones who can make a huge difference. Whether or not they will respond and what lies in the future remains a mystery. But one thing is for sure, that as the gap between the US and China widens, the world is looking keenly at what Europe does.

Dhruv Nilkanth
Author is an international relations student at the Jindal School of International Affairs. He has previously been a research assistant with the Centre for Middle East Studies at the O.P. Jindal Global University and a geopolitical risk intelligence intern at Mitkat Advisory Services. His areas of interest include the Middle East, Indo-Pacific and Europe.
Tags:
Europe USA Diplomacy International Relations bipolar peace China
Share:
Share this...