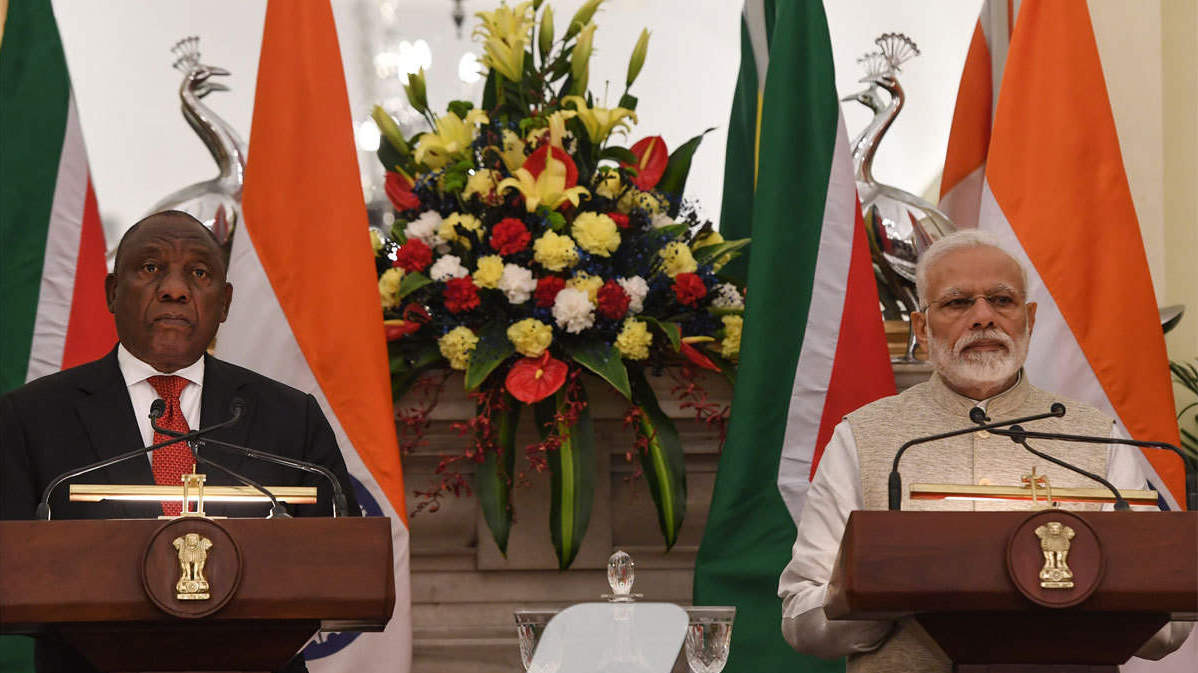 In 2020, South African Indians will be celebrating 160 years of transitioning from bondage to freedom. That is a very important milestone in the history of both South Africa and India. It is also important to keep in mind that India and South Africa are seen as natural allies. That is exemplified through “their independent struggles from colonialism and the anti-apartheid liberation respectively, the pursuit of non-alignment, and the battle for a reformed, just, equitable, and inclusive global system that consolidates South-South Cooperation and reflects the current structures of political and economic power”. Their common interests and actions of solidarity make both countries strategic normative actors in the 21st century, notwithstanding the historical lines of complementary. Both India and South Africa have iconic human rights and social justice giants in the form of Mahatma Gandhi and Nelson Mandela, who became South Africa’s symbol of political transition from apartheid to democracy.

In addition to the above features, and after 1994, bilateral relations between both nations were strengthened. That is reflected in the formation of the Joint Ministerial Commission (JMC) with the objective of forging mutual and beneficial cooperation in the areas of “politics, trade and investment; communications and information technology; minerals and energy; arts, culture, sports and recreation; human resource development; and consular and immigration matters.” Furthermore, at the 2015 9th JMC meeting, it was upgraded to deal with several priority areas which include, “defence, deep mining, science and technology, agriculture and food processing, and insurance.” These areas of collaboration show that India and South Africa have deep ties, and it is, therefore, important to understand why those bilateral bonds matter. There are several reasons, but this article will focus on historical and cultural reasons, economic reasons and global leadership ambitions.

First, India-South Africa bonds matter because of historical and cultural reasons. Both countries share deep cultural ties due to the presence of a vibrant Indian community in South Africa. The first Indians arrived in South Africa as slaves during the Dutch colonial era in 1684. A conservative calculation shows that over 16,300 slaves from the Indian subcontinent had been brought to the Cape province in South Africa. Furthermore, Indian slaves comprised the majority of slaves brought into South Africa from the far East.

Additionally, in the second half of the 19th century, Indians came to South Africa in two distinct categories – as indentured workers in the 1860s and later as ‘free’ Indians. Indentured workers came into South Africa as a result of a triangular pact among three governments which stated that indentured Indians had to work on Natal’s sugar plantations for the Natal colonial government. Those in the free Indians category, came to South Africa at their own expense from India, Mauritius and other locations. However, that type of emigration was stopped in 1914. Between November 1860 and 1911 – when the system of indentured labour was eliminated – nearly 152,184 indentured workers arrived in Natal from across India. Once they had served their indentures, this first category of Indians were allowed to remain in South Africa or to return to India. By 1910, almost 26.85% of indentured men returned to India, but most chose to remain in South African and thereby constituted the forbearers of the majority of present-day South African Indians.

Today, South Africa’s diverse Indian population of over 1 million is predominantly concentrated in Durban, Kwa Zulu Natal’s largest city – and that is the most substantial Indian population in Sub Saharan Africa. South Africa Indians still retain a sense of cultural and social connection to India, and Indian influences have contributed immensely to South Africa’s multicultural diversity.

In conclusion, evidence demonstrates that the engagement between India and South Africa since 1994 shows that both countries are moving beyond mere historical symbolism and are engaged in examining ways to enhance the relationship. But there is definitely potential prospects of strengthening the relationship, particularly from an economic centric focus.