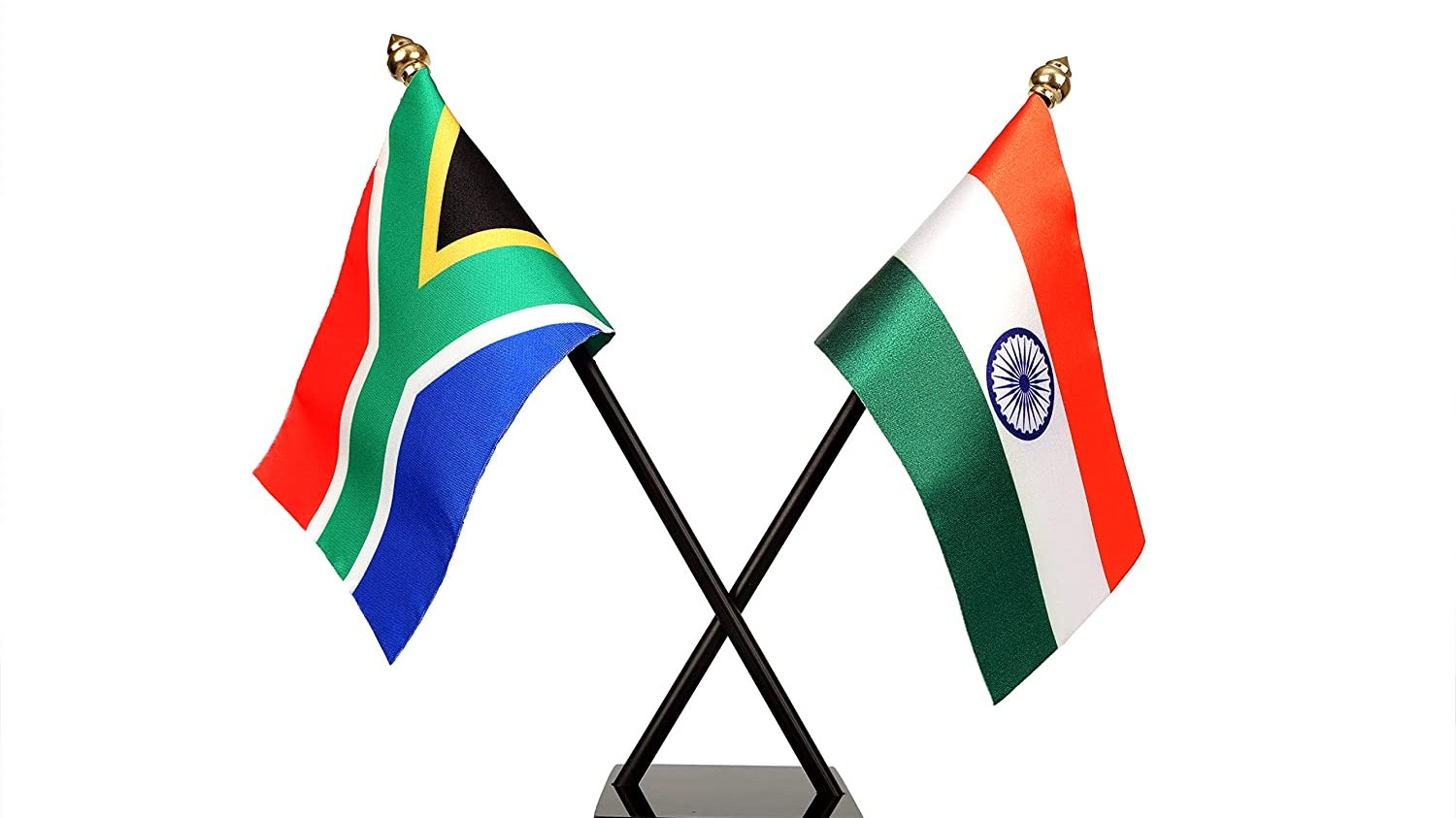 The relationship between India and South Africa is both simple and distinctive, dating back many centuries and rooted in shared values, feelings, interests, and legends, such as Mahatma Gandhi and Nelson Mandela. Their bilateral relationship, however, remained tense for a long time due to the apartheid regime in South Africa. India escalated its dispute with multilateral institutions such as the United Nations (UN), the Commonwealth, and the Non-Aligned Movement (NAM) after its independence; becoming the first country to severe trade ties in 1946, and to eventually enforce political and economic sanctions. After South Africa ended its institutionalized racial segregation, India renewed its trade and commercial relations after a period of four decades.

A significant factor relating to the economic relations between India and Africa is that they are not limited to the BRICS and the presence of India in Africa reaches beyond the alliance. A 2013 study by the World Trade Organization (WTO) titled ‘India-Africa: South-South Trade and Investment for Growth’, compiled in accordance with the Confederation of India Industry (CII) pointed out that, during economic crises, bi-lateral trade between India and Africa grew by an average of about 32% annually between 2005 and 2011.

In recent years, the relationship between India and Africa has gained momentum. In boosting relations between Africa and India, greater economic interaction has served as a prime catalyst. In the near future, India’s trade is anticipated to increase significantly. For its energy needs, India depends heavily on Africa. Africa’s focus on India, in turn, will lead to the continent’s development in different sectors such as energy, agriculture and healthcare.

In the energy sector, India and Africa have a symbiotic relationship. Although African countries are willing, with their abundant capital, to meet India’s rising energy demands, India is an ideal collaborator to help Africa maximize the use of its natural resources, considering its experience and skills in working in a relatively difficult environment. Africa’s easy access to natural resources, metals and minerals, positions it to play a larger role in meeting the increasing global demands for hard and soft goods.

A variety of features are similar to the agricultural sector in Africa and in India, ranging from the diversity of agro-climatic regions to parallels in farming processes, such as the small scale of farms. These similarities provide many avenues for cooperation. Given that the agricultural sector in Africa is projected to grow from USD 280 billion in 2014 to USD 1 trillion by 2030, with growth mostly based on technology, there is considerable potential for the agricultural sector in Africa to leverage on India’s experience in the sector, as well as partnership in addressing common issues. The first India-Africa Forum Summit (IAFS) was convened in New Delhi, India, in 2008, to this end. The summit concluded with the formation of the Africa-India collaborative partnership, as part of which the Africa-India Science and Technology Initiative was initiated. This initiative has been the gateway to the development and progress of the Research, Technology and Innovation partnership in agriculture between Africa and India.

In the near future, Africa is expected to play an important role in global food security. While Africa accounts for 25% of the world’s farmland, it produces only 10% of the world’s agricultural goods. Moreover, Africa can be a key peas sourcing destination for India; a major source of protein in the diet of the Indian population, particularly as consumption of peas is projected to increase as the Indian economy develops.

While Africa holds strong growth opportunities in the near future, understanding the demand and the needs of consumers is crucial. As new laws continue to develop in Africa, procurement and delivery processes create a problem resulting in an extended lead time. Nevertheless, the increasing burden of sicknesses coupled with stronger spending potential may provide Indian pharmaceutical firms with a profitable market opportunity for future development. In such a situation, partnering with local producers will promote better cooperation and a greater understanding of the continent’s diverse legal systems.

In summary, India’s cooperation with African companies in terms of joint ventures, setting up formulation manufacturing plants and transfer of technology for bio-pharmaceutical goods could enable Africa to achieve quality and accessible healthcare. This partnership will also develop the agricultural sector and food security for Africa while improving its power sector relationship for future revenue generation. The shared mutual experiences and the combined power of India and South Africa has influenced how both of them see the world together. With both nations’ shared struggle for independence, the obligation to improve the lives of others is rooted in the consciousness of India and South Africa.