A Gigantic Struggle in South Africa 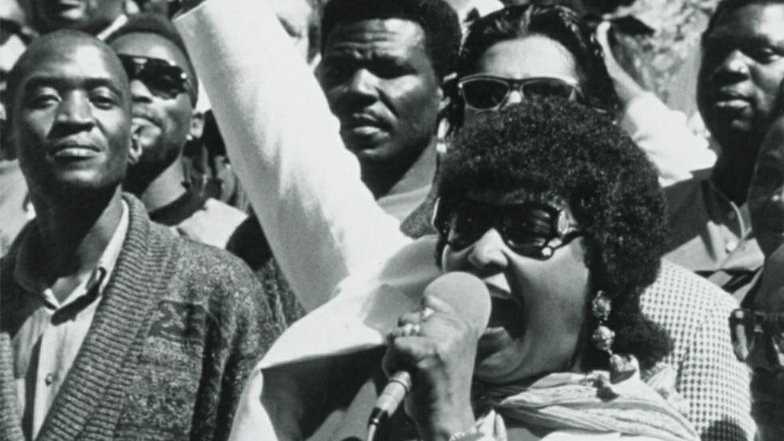 During the last decade of the nineteenth century and the early twentieth-century racial discrimination in South Africa reached its height. As Henry Polak, Mahatma Gandhi’s closest political associate at the time and fellow-seeker after truth wrote: ‘It is a record of shame and cruelty that has no counterpart within the confines of the British Empire. These things may be expected in Russia or in some other despotically ruled country, but not under the British flag, where, nevertheless, they occur.’

Indian men, women and children staged a gigantic struggle under Gandhi without religious or linguistic distinctions to maintain the national honour. Satyagraha was adopted as a proper method of agitation only in the year 1906 after other constitutional methods such as petitioning, demonstrations and appeals had been exhausted. It was the first-ever such movement in the modern world which involved defiance of unjust laws, courting arrest, bonfires, boycotts, strikes and great marches. It was followed by an unprecedented solidarity movement in India and secured the sympathy and support of a few members of the white population in South Africa, some of whom even courted arrest. Satyagraha was not only an appeal to the British constitution but also an appeal to the British conscience.  High officials such as Lord Ampthill and Lord Hardinge sympathized with the movement. The Indian National Congress took up the problem almost from its foundation and the enterprising Madras journalist G.A. Natesan published Gandhi’s message in his journal The Indian Review. The Indian public at large took a great interest in this struggle. Ratan Tata, son of Jamshetji Tata, India’s pioneer industrialist, made a substantial financial contribution and wrote to G.K. Gokhale that he had:

watched with unfeigned admiration the undaunted and determined stand which our countrymen in the Transvaal—a mere handful in number-have made and are making against heavy odds and in the face of monstrous injustice and oppression, to assert their rights as citizens of the Empire and as freemen, and to vindicate the honour and dignity of our motherland…. I have been following with close interest the proceedings of public meetings that are being held in this country to give expression to our feelings on the matter, but it seems to me that the struggle has now reached a stage when our appreciation of it must take the form not merely of expression of sympathy, but also of substantial monetary help…For myself I feel I should lose no more time in doing my duty to our brave and suffering brethren in the Transvaal, and I have therefore great pleasure in enclosing a cheque of Rs 25,000… the money to be spent on relieving destitution and in aid of the struggle generally.

Ratan Tata’s contribution encouraged many others to start fundraising. Soon J.B. Petit, a wealthy businessman from Bombay sent £ 750 and Gandhi’s friend Pranjivan Jagjivandas Mehta raised a similar amount in Rangoon. Gandhi was very careful in handling funds meant for satyagrahis and had opened a separate bank account called the Passive Resistance Fund. Gandhi felt that if all the families of satyagrahis stayed in one place and formed a co-operative commonwealth, it would solve the problem. Funds could be saved and people would lead simple lives in harmony with one another. He built the Phoenix farm, near Durban in the colony of Natal in 1904 and in 1910 constructed the Tolstoy ashram near Johannesburg for which Hermann Kallenbach donated a farm of 1,100 acres.

The third and crucial phase of satyagraha struggle lasted from 1913-1914. By then Gandhi had lived in South Africa for two decades and many changes had taken place there. The population of Indians in the Natal had crossed 1, 30,000 and in the Transvaal was about 10,000. Only the Orange Free State was comparatively free from Indian presence. A large number of indentured Indians worked on sugar plantations and in coal mines. Gandhi had wound up Tolstoy Farm in January 1913 and moved back to Phoenix Farm but circumstances compelled him to renew the struggle.

There was at that moment growing unrest among the Indian community. The immigration laws were being administered in a most prejudicial manner. The treatment accorded to Bhawani and Devi Dayal, both Transvaal-born sons of a domiciled resident of the province, caused anger and dissatisfaction among their countrymen. They would have been sent back to India but for an interdict from the Supreme Court having been obtained with great difficulty on their behalf by Henry Polak. There were two outstanding issues—one was the vexatious three-pound tax and the other was the ban on Asiatic immigrants. To this, a third was added. Justice Searle ruled that Indian marriages performed in accordance with non-Christian rites or not registered before a marriage officer could not be recognized in the Union of South Africa. The Indians were alarmed as it not only hurt their religious sentiments but also brought humiliation. Gandhi called for a meeting of the Transvaal Indians and asked them to be ready to undergo the ordeal of passive resistance.

The last phase of satyagraha was therefore fought over the question of immigrants’ rights, workers’ struggle and women’s rights. The demands included repeal of the Asiatic Act, removal of racial or colour disqualification from legislation on immigration, validation of Indian marriages, removal of an annual poll tax of three pounds imposed by a Natal Law in 1898 on ex-indentured labourers and their families and just administration of existing laws. The government showed no sympathy. Poor Indian labourers and miners were arrested and deprived of even the basic needs of life. Kasturba Gandhi was emaciated when she came out of prison. Valliamma, a sixteen-year old girl, insisted on serving her full term in prison despite illness and died within a few days after her release. Millie Polak, the wife of Henry Polak, hailed the role of Indian women who, without any training for public life, accustomed to the retirement of women of India, not versed or read in the science of sociology, just patient, dutiful wives, and daughters of a struggling class of workers, in an hour of need, moved by the spirit of a larger life, took up their duty to their country, and served it with that heroism of which such women alone are capable.

The Indian struggle, said Gandhi was ‘the greatest struggle of modern times’ because it was ‘the purest as well in its goal as in its methods’. He also asserted in Hind Swaraj that ‘passive resistance is an infallible panacea for all the ills we suffer in India’. The Indians in South Africa did not labour for reward or fame. They did not count the sacrifice. It was sufficient that they heard their country’s call. In the truest sense of the term, they were religious men who endeavoured to serve their country in an inhospitable land. They raised the honour and prestige of India pre-eminently.

Let us salute their memory. Let us build upon the foundations they laid so truly.