The Importance of Nawaz Sharif for Pakistan, South Asia and The World 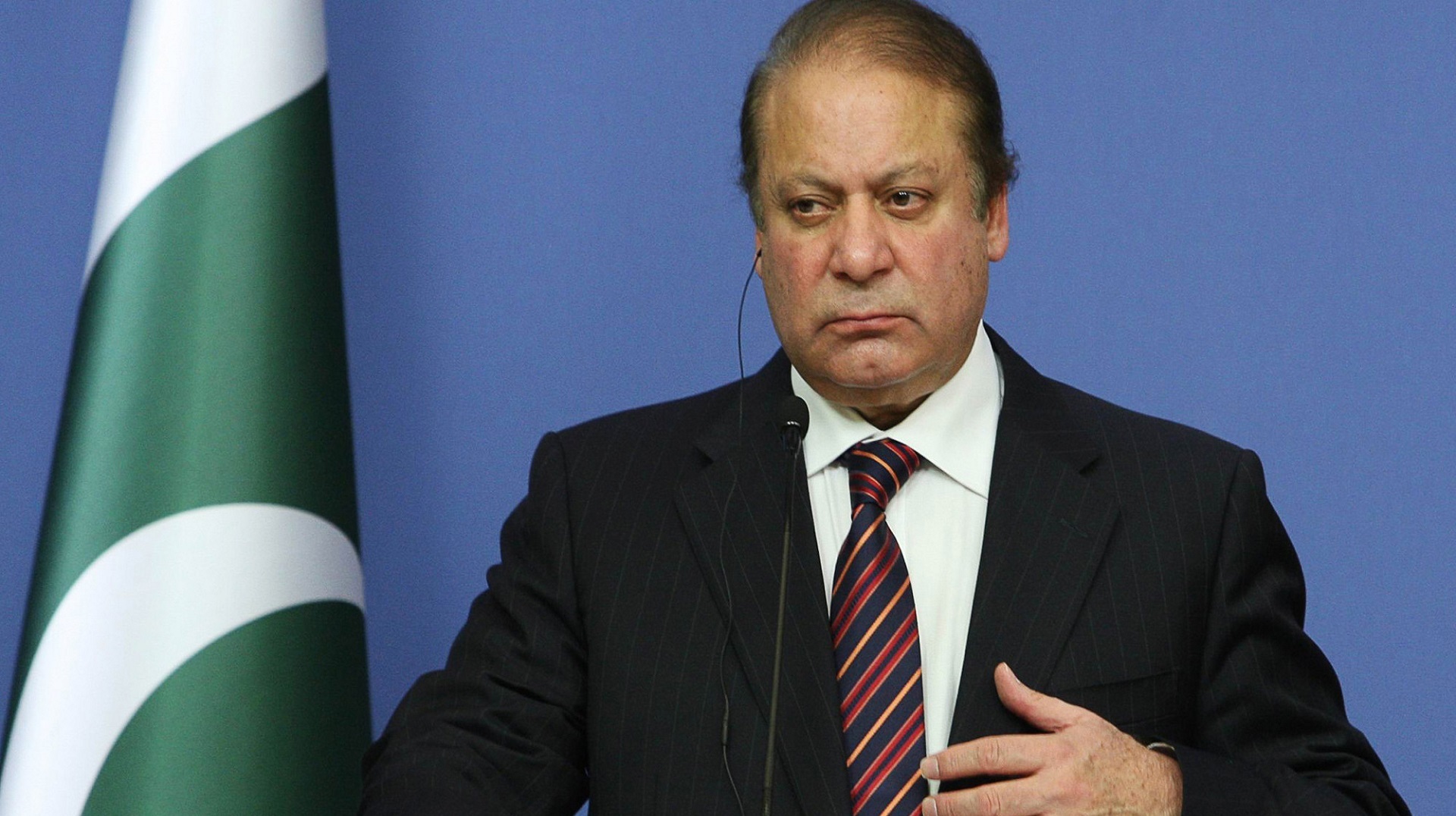 Mian Muhammad Nawaz Sharif (born 25 December 1949) is a Pakistani businessman and politician who served as the prime minister of Pakistan for three non-consecutive terms. Sharif is the longest-serving prime minister of Pakistan having served a total of more than 9 years. While he was initially backed by the Army he was removed by them on all three occasions for challenging their writ or becoming too independent. The tragedy of several prime ministers of Pakistan has been (at least partially) of their own making starting with Zulfikar Ali Bhutto who promoted the seemingly docile General Zia-ul-Haq as the army chief superseding several generals senior to him. He ended up being hanged by his favoured general.

Nawaz Sharif chose to follow the same pattern set by Bhutto and even earlier by Iskander Mirza who nominated Ayub Khan to be the martial law administrator. Ayub deposed him and Iskander Mirza went into exile. When he died he was given a state funeral by the Shah-in-Shah of Iran. Prime Minister Nawaz Sharif’s last run off was with General Pervez Musharraf, again his appointee after superseding generals senior to him. It was a near run thing. He was exiled to Saudi Arabia at the insistence of the Saudi royals who continued to back him on his return and as prime minister.

Not willing to wait it out any longer from his self-imposed exile in London he has decided to take on Imran Khan as well as the army, especially the army chief General Bajwa whom he had promoted while prime minister. Seeing that the opportunity of challenging them was too good to be missed. Pakistan and Imran Khan were floundering on all counts. As in the case of Altaf Hussain of MQM, Nawaz was unlikely to have moved against Imran Khan as well as the army chief without the tacit consent or even backing of the UK government and even perhaps the US who were not happy at Pakistan becoming the vassal state of China. India has very wisely decided to keep out of the fray.

Nawaz Sharif’s Pakistan Muslim League-N (PML-N) and Bilawal Bhutto of Pakistan’s People’s Party (PPP) have come together to create the Pakistan Democratic Movement (PDM). They have organised a series of jalsas or rallies in major cities. Tensions between Nawaz Sharif and the military exploded into the open when the former named General Qamar Bajwa and the ISI chief Lt. Gen Faiz Hameed during PDM’s first major rally at Gujranwala on October 16, blaming them for ousting his government, pressuring judges to take up fake cases against opposition leaders, and making Imran Khan the prime minister through a rigged election; An unprecedented direct assault on the deep state, something unimaginable in Pakistan. Addressing them from London the second rally in Karachi on October 18 attracted a large crowd. It incensed the military, which retaliated by pressuring the police in Karachi to arrest Sharif’s son-in-law Mohammad Safdar Awan the following day. After more than fifty police officers in Sindh went on leave to protest the way the provincial police chief was harassed by the military intelligence to order Awan’s arrest, Gen Bajwa ordered an inquiry and spoke to Bilawal Bhutto of PPP that rules Sindh to calm the situation. On the face of it the younger Bhutto would have seemed to oblige. There would have been quid quo pro assurance of easing up on the father, Asif Ali Zardari. It is a card the army could use later to divide PDM.

When Gen. Bajwa was given a three-year extension by Imran Khan several generals who were in the running would have sent out signals about their unhappiness with the state of affairs. Nawaz Sharif would also not have acted without such support conveyed through various means as well as the backing of Saudi Arabia and the Emirates whom Imran Khan has offended by trying to open a second Islamic front with Mahathir of Malaysia and Erdogan of Turkey. It is to be noted that the PDM has in its fold astute leaders like Jamiat Ulema-e-Islam-Fazal chief, Maulana Fazlur Rehman.

China’s role remains ambivalent. After all, it was Nawaz Sharif who negotiated the CPEC agreement with China. However, when its back is to the wall if it ever comes to that stage, the army as well as Imran Khan can always fall back on the time-tested India card, creating a situation whereby Nawaz Sharif is obliged to condemn India in unequivocal terms. Further, it could prepare for a major incident obliging India to respond, thereby enabling the declaration of emergency in Pakistan and the banning of PDM with the soothing assurance of revival of political activity when the threat from the neighbour would be over.

How Does Nawaz Sharif get to the state of being Prime Minister?

There are several factors that come into play here. To begin with, the decline in Imran Khan’s ability to stop the downslide in the country reaches a point where the army feels obliged to drop him unceremoniously as a first step to ensure its own position. Running the country through direct military rule in the fashion of Ayub, Yahya Yahya Khan, Gen Zia or even Pervez Musharraf is no longer feasible or prudent for General Bajwa. He knows it. It would not be far-fetched to say that the days of direct military rule are over. Therefore, the only option remains the ordering of fresh elections without military interference. Were that to happen Noon League would sweep Pakistan as would PPP Sindh and Karachi with the backing of PML (N) and other alliance partners. Such would be the scale of the PDM victory that the army would have no choice – more on account of its own interest – than to let Nawaz Sharif the leader of the largest party govern without let or hindrance from the army that for the first time after independence would truly have gone back to the barracks.

Where does Nawaz Sharif go from There?

The fourth time prime minister Nawaz will have to dig into his vast reservoir of experience to make his renewed mandate a success. The challenges would remain formidable with no easy solution in sight. To begin with, keeping the grand alliance on the same page with the spoils of office insight is not going to be easy with the Maulana finding it difficult to reconcile with him not being the prime minister, a sacrifice that Nawaz cannot and should not make. Ways would have to be found to assuage the Maulana with offers that he cannot refuse. Even before that Nawaz-Maryan Nawaz, the father-daughter duo would endeavour to give permanence to the PML (N) – PPP alliance for the sake of their respective provinces and Pakistan. Both sides would respect each other’s turf, PML (N) in Punjab and PPP in Sindh and Karachi. Once this alliance is sealed other alliance members, notably Pakhtunkhwa Milli Awami Party, Baloch National Party and Pashtun Tahaffuz Movement would become its strong supporters for the benefits that it would bring to their respective regions.

The biggest challenge, however, would be to turn around Pakistan’s abysmal finances, without which the government would lose the support of the people that voted it to power. Righting the situation internally through taxes that are already high or draconian measures in the first instance would not appear to be a feasible proposition without greater flows of money. Keeping in mind his old benefactors Nawaz would most likely make his first visit as prime minister to Saudi Arabia and the Emirates. The latter, relieved at the turn of events, would gladly make funds available to right the economic situation in his country. These inflows would cement his standing in the country and his allies.

In the realm of foreign policy, the priority would be to reassure its neighbours and the world at large that while it might take time to curtail terrorism in the country and outside it the government would ensure that the terrorist organisations causing mayhem in Pakistan and Afghanistan and elsewhere would no longer have the support of the Pakistan-Military combine. Should he be able to do that, the US and several other countries would be likely to assist the government of Pakistan to bring peace to his country and the region. Nawaz Sharif would be able to only then turn towards India and take forward the Lahore momentum progressing by degrees to a NO War Pact between India and Pakistan* With India’s support it would be taken off the FATF grey list, leading to prosperity of its people not witnessed before in the country. The next step could well be the restoration of rail and road links across the subcontinent, enabling SAARC to become one of the most prosperous regional groupings in the world. The architect of that would be acknowledged to be Nawaz Sharif.