The Ramayana Diplomacy: Enhancing the Soft Power of India 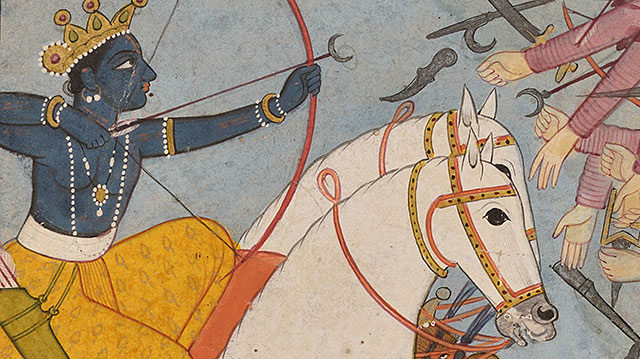 The focus on cultural diplomacy as part of foreign policy has grown more apparent in contemporary times. India’s classical form as a “golden bird”, a country of spiritual consciousness and knowledge, a realm of spices, gold, diamond, ivories, ensorcelled traders, adventurers and explorers, is truly established. The cultural copiousness and the broad reach of India’s spiritual wisdom and figures are vital aspects of the country’s path to soft power and diplomacy.

The Indian government has been a great advocate showcasing the value of soft power globally in the last decade. The authentic significance of lord Rama in India’s international relations may have only lately begun. Nevertheless, the Ramayana epic as part of India’s soft power has reached various corners of the world in the last many centuries. As per the Indian Prime Minister Narendra Modi, Rama stands for modernity, the openness of thought. He is omnipresent, belongs to all humankind. Rama is, therefore, the thread of India’s ‘unity in diversity’. The Ramayana is simplistic, yet provides the sacred guidebook of Bharat (India). Recently, U.K Prime Minister Boris Johnson after inaugurating the virtual Diwali fest asserted that U.K will beat COVID-19 like the way Lord Rama and Sita defeated Ravana (a lead character in the Ramayana epic). During the COVID-19 crisis, Brazilian President Bolsonaro wrote to Indian Prime Minister Narendra Modi about Ramayana and compared India’s struggle to contain the pandemic to Hanuman and ‘Sanjeevani Booti’ (a lithophytic plant used for medicinal purpose found in India).

The Indian government has been trying to reinvigorate the mythological epic in many ways through media, diplomacy and so on. After the huge success of the Television series ‘Ramayan’, directed by Ramananda Sagar in the year 1987, the series aired again during the COVID-19 lockdown on Doordarshan, sprang to smash the world record of the most viewed television program. Through the ‘Encyclopedia of Ramayana’ project, ‘Ayodhya Shodh Sansthan’ will document each “tangible and intangible” legacy of Ramayana throughout the globe and also ask support from external affairs, culture and human resource development ministries for the following project. Likewise, to enhance the Ramayana spirit, the government has further recognized 15 destinations in India for the development as part of the ‘Ramayana Circuit’ theme under the Swadesh Darshan scheme through the Ministry of Tourism.

The expanse of Ramayana in Southeast Asian countries is a narrative to be distinctly perceived with emerging opportunities to strengthen the soft power relations into civilizational pedestals. Ramayana has emerged as compelling representations of an influential cultural connection, linking South East Asia and India. Also, harmonizing with the India-ASEAN summit, Indian Council for Cultural Relations (ICCR) organized the Ramayana Festival to promote India’s diplomacy and strengthen its classical connections in a modern context through Ramayana that has developed as a soft power instrument. During the India-ASEAN Commemorative Summit in 2018, the Indian Prime Minister asserted that Ramayana remains to be a priceless shared legacy of the Indian subcontinent and the ASEAN region. The Indian government also proposes to establish a ‘Group of Ramayana’ countries for soft-power diplomacy drive. Experts from Indonesia, US, UK, Russia, Malaysia, etc. are been included as part of the project. India has not just molded the ‘Act East Policy’ but has also established a special Act East department under the Assam government, to maintain distinct and continued attempts directed at the ASEAN nations. Apart from maritime connectivity and commerce, Hinduism and Buddhism, has blossomed into one of the three essential tags in India’s close commitment with South East Asia.

Today, there are nearly 300 versions of Ramayana in various parts of India and other Asian countries. But the oldest version remains Valmiki’s that was written in the 5th century BC. The diverse styles of Ramayana as a popular tale are common like ‘Phra Lak Phra Ram’ in Laos, ‘Ramakerti’ in Cambodia, ‘Ramakien’ in Thailand, etc. that is an affirmation to the historical bond. Lord Rama was being referred to as ‘Bodhisattva’ when Buddhism reached Cambodia. This mythological epic has experienced various forms and interpretations by the indigenous people and accustomed to the local traditions, innumerable art styles, architectural & cultural compositions and customs. In Thailand, ‘Ramakien’, is considered as the national epic and in the 18th century, this nation even had the ‘Ayutthaya empire’ (from Ayodhya) and its genealogy of kings even acquired their names from Ram (the contemporary ruler is titled, Rama X).

In 2018, when the Indonesian President Joko Widodo hosted Indian Prime Minister Narendra Modi, Widodo surprised the Indian delegation with a small box portraying the legendary character of the Ramayana next to each dinner plate. Following that, Modi and Widodo together inaugurated a kite carnival that highlighted themes from Indian manuscripts including the Ramayana in Jakarta. During the 70th anniversary of diplomatic relations between India and Indonesia in 2019, the latter published special commemorative postage on Ramayana. Indonesia has further hosted the International Festival for the Ramayana, urging nations from Southeast Asia and the Indian subcontinent to perform in the realm of theatre. For the people of Java, an island of Indonesia, their culture is not feasible without the Ramayana. Yugo Sako, a Japanese filmmaker made one of the best-animated stories of the Ramayana ever. Sun Wukong in China, the monkey king legend who is much admired has been inspired by Hanuman, the faithful monkey ruler in the Ramayana. Talking at a conference in Tehran in 2016, on the topic “India and Iran, Two Great Civilizations,” the Indian Prime Minister addressed that the Ramayana has witnessed over a dozen translations in Persian. In 2015, during the Indian Prime Minister’s visit to South Korea, the extraordinary bond between Ayodhya and Korea grew to be a part of the collective report declared at the event. The legend has it that Queen Suriratna, formerly of Ayodhya, travelled to Korea in the first century AD, and married Suro, a Korean King. Due to this, many Koreans visit Ayodhya every year as they regard it as a place of their ancestors. In the U.S, as per reports, there are currently around 1,200 temples of Lord Rama, which is quite a huge number.

India and Sri Lanka have deep economic, cultural and geographical links that have gone beyond the beliefs of political parties. Both the nations, until 1480 were joined by a land bridge called ‘Adam’s Bridge’ also known, as ‘Rama Setu’ that is a former land connection between India and Sri Lanka. But unfortunately, this bridge was destroyed by a huge cyclone. Indian mythology states that an army of monkeys built the Ram Setu for Lord Rama and his soldiers to traverse over to Sri Lanka. There have also been attempts to reshape Ravana as a national hero that gained attention when the Indian Peace Keeping Force landed in Sri Lanka in the 1980s. In 2015, the Indian Prime Minister focused on the spiritual connections between India and Sri Lanka where he recalled the ‘Ramayana trail’. As part of the Ramayana circuit, India has signed a Memorandum of Understanding (MoU) with Sri Lanka to promote mutual tourism interests. In 2019, Sri Lanka launched its first-ever satellite called ‘Raavana 1’ and has further planned to launch a research initiative to show that Raavana was the world’s first aviator.

Culture through ‘Soft power’ has arisen to connect, strengthen bilateral associations and improve the raptures formed by the history and governments. Nevertheless, Ramayana diplomacy will take time to evolve, as some of India’s neighbors remain to be apprehensive beyond lands and boundaries. For instance, though India has strongly assured that Nepal is an effective and empowering frame of the Ramayana circuit, by linking Ayodhya and Janakpur through a sister-city agreement in 2014, the recent fracas in Indo-Nepali bilateral relations saw Nepalese Prime Minister K.P. Oli, broadly seen as pro-China and anti-India, triggered an irate debate by reportedly alleging that the original Ayodhya lies in Nepal and that Lord Rama was born in Nepal sparking controversy.

As India commences the construction of the magnificent Ram temple in Ayodhya, it is vital to realize that this ancient legend will create several arch-overs connecting India with the rest of the world. Ramayana Diplomacy is thus, one of the ancient yet recent important components for enhancing India’s soft power that will help to harness the international appeal of the mythological epic in the next few years and is here to stay.

1 reply on “The Ramayana Diplomacy: Enhancing the Soft Power of India”