India After Biden: Is Kashmir Under Scrutiny? 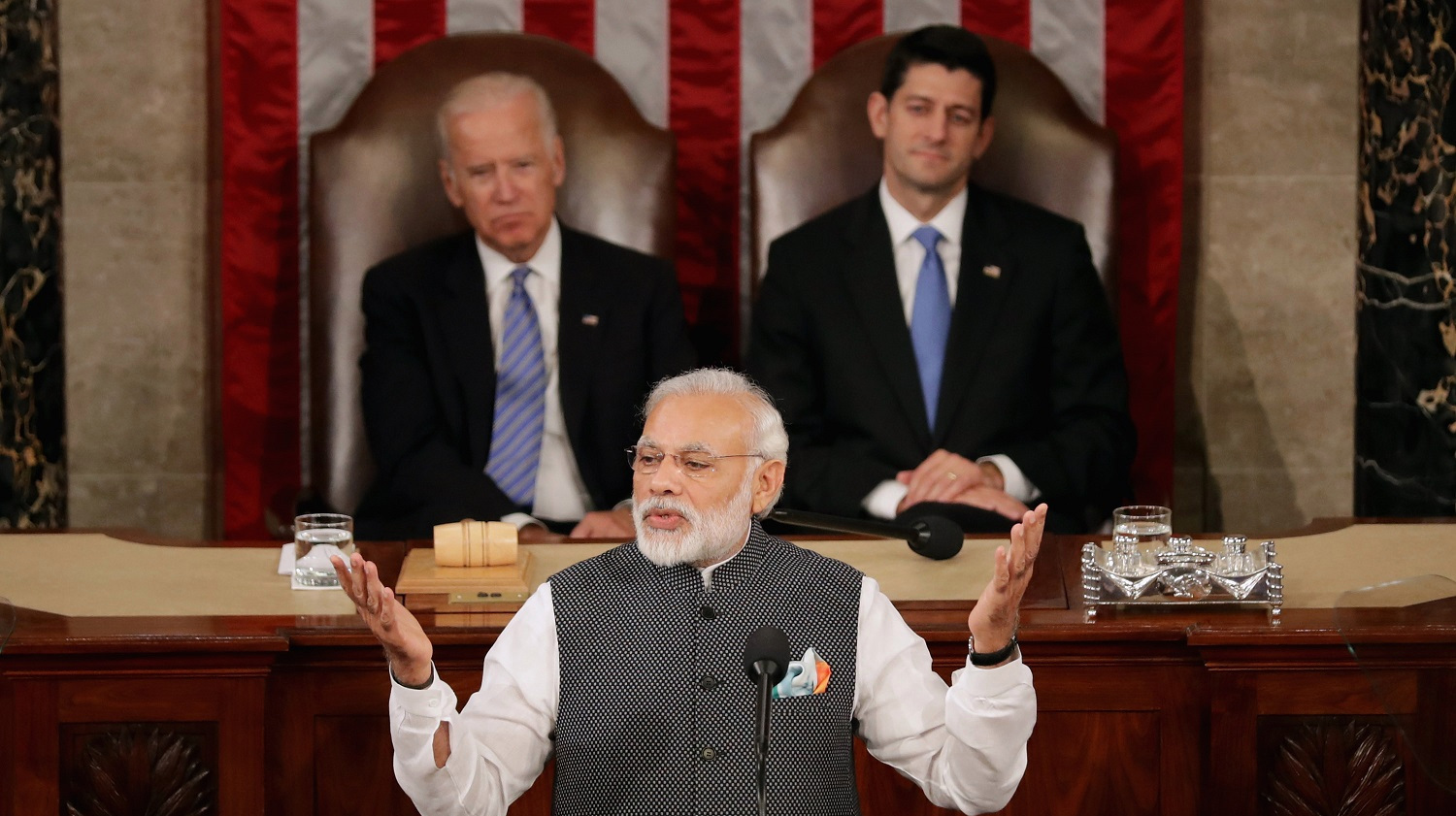 As the Democratic candidate, Joe Biden has come to power in the United States with a historic win of over 270 electoral votes, India might be under a point-blank range. Prime Minister Narendra Modi on 5th August 2019, scrapped Article 370 — an essential facet of the bond between India and Kashmir, which now grants Kashmir a certain degree of sovereignty similar to the rest of the Indian states — the right to choose a flag, more so, the opportunity to enforce a separate set of rules. The abolition of Article 370 was one of the many long-standing objectives of the Bhartiya Janata Party (BJP). However, it was indeed both a highly controversial step in Kashmir, as well as a setback to Pakistan, that claimed possession of regions of Kashmir. Shortly after the announcement, there was a major shutdown including disruption in telecommunications and internet, stringent curfews, and the detention of hundreds of political leaders.

Vice President Kamala Harris, during an interview in September 2019, was questioned on the then on-going political and civilian unrest in Kashmir. Her response to that was rather assertive as she stated that she is “keeping a close watch.” Moreover, Harris strongly criticized the mismanagement by the Modi government during that moment, highlighting the human rights violations perpetrated by India. It is important to keep in mind that the new Biden-Harris administration is recognized as powerful proponents of human rights and perhaps this could shift India’s focus towards the issue of Kashmir. Knowing that the cultural roots of Harris belong to India, with her mother being an Indian who once lived in the U.S., provided further emphasis to her beliefs. Nevertheless, the Indian American population has often carried diverse political viewpoints which have played a role in leveraging a few former democratic nominees.

Both Donald Trump and Narendra Modi are conservative politicians who have been found guilty by their respective oppositions for damaging the very fabric of democracy. However, with the Trump-Modi friendship in full display during the ‘Namaste Trump’ tour in February 2020, it is unlikely to deny that the two have developed a close diplomatic relationship over the years. Addressing to the stadium in Ahmedabad filled to its capacity, Trump regarded Modi as “a man I am proud to call my true friend.” While this strong alliance between both the nations intensified on the western coast of India, Trump turned a blind eye towards the human rights violations that were going on in the country’s capital. Regardless, Modi appeared prominently in Trump’s re-election campaigns addressing Indian Americans, while in India, he used the partnership to demonstrate India’s increasing global prominence.

Why Kashmir is Under the Radar

In August 2019, the Indian government sent its forces to the distressed Kashmir and declared that the legally guaranteed sovereignty of the state will be withdrawn. To this, the reaction from the White House was fairly subdued. For several decades, India has held its opinion of the Kashmir issue of being that of a domestic one and has not approved mediation by other global powers. Although in interviews and speeches, both President Joe Biden and Senator Kamala Harris indicated that they would take better action in order to make India hold the responsibility for its human rights violations in Kashmir.

In one of Biden’s campaign in 2020, he referred to the issue of Kashmir as a religious matter, rather than a matter of international affairs. As Biden converted an issue of human rights violations into a religious affair, he has not shied away from mentioning several times the steps that India must take to establish the dignity of the Kashmiris. His speeches have held the Indian government accountable for hindering democracy by banning peaceful demonstrations and freezing internet connectivity.

During the end of 2019, Senator Kamala Harris had been engaged in yet another U.S.-India brawl over Kashmir. India’s External Affairs Minister, Subrahmanyam Jaishankar, had taken a tour of the United States in order to consult with the White House. However, a meeting which was scheduled with Eliot Engel, the Foreign Affairs Chair, was eventually cancelled. This apparently happened due to the presence of Pramila Jayapal, an Indian American among the representatives who held firm opinions over Kashmir. As Kamala Harris and Pramila Jayapal still continue to attract further scrutiny because of their common cultural heritage, the new Biden-Harris administration is sure to take a hard-line approach, as compared to that taken under Trump’s and Secretary of State Mike Pompeo — who purportedly did not discuss Kashmir in any way.

While the west continues to celebrate the big win, India must not use friendly hugs to build diplomatic relations anymore. As Modi’s tweets to the new administration exhibit a ray of growing ties, it would be interesting to observe the strategic response of the Indian government as and when the focus is shifted to Kashmir. As a matter of fact, Kashmir was considered to be at the centre of Modi’s many agendas and thus, India had seen a trustee in Trump who proposed that he would facilitate to support the region, if necessary. Something that India would not like, though, would be the fact that the new Biden-Harris administration has never been an admirer of the treatment of Kashmiris and the attached violations in the region, along with the highly contested Citizenship Amendment Act (CAA) which was recently passed. Though Biden’s emerging rise to power seems anything but ideal for this Asian nation presently embroiled with China, there may be a reason for New Delhi to take a breather as Biden is sure to normalize the H1-B visa which was a highly contested move by Trump. It is indeed hard to picture India ignoring American legislatures when they raise complex questions about Kashmir and the human rights violations soon since Biden has taken over the presidency. Irrespective of who stays in the White House, the partnership between India and the United States is of substantial importance. Perhaps, it is time for the Modi government to bid adieu to its safe diplomacy with the Trump administration and welcome the new and a rather focussed strategic relationship by U.S. President Joe Biden accompanied by Indian American Senator Kamala Harris.

1 reply on “India After Biden: Is Kashmir Under Scrutiny?”