Diplomatist > Asia > Home Featured > China’s Stadium Diplomacy: All that Glitters is Not Gold

China’s Stadium Diplomacy: All that Glitters is Not Gold 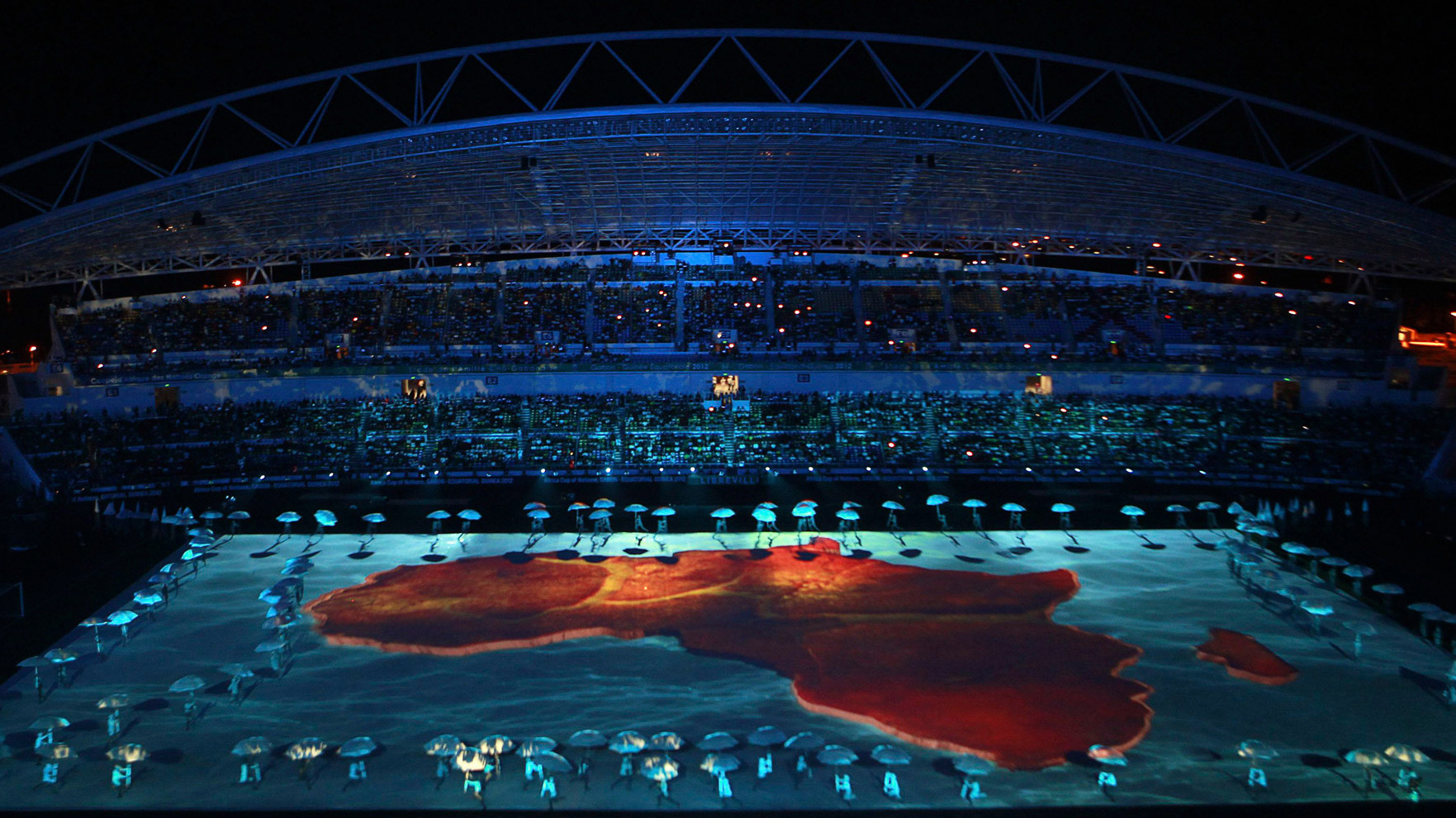 Donations and rewards can be crafty among governments. Sports diplomatic associations and amenities are mere and high discernible donations. China has been using soft power to achieve diplomatic recognition in order with the ‘One-China policy’ apart from securing natural reserves in various nations. ‘Stadium diplomacy’ is a manner of cultural diplomacy by China for establishing and donating stadiums and sports amenities through foreign aid in Asia, Latin America, the Caribbean, Africa and the South Pacific.  Foreign aid is a form of international relations among nations and infrastructure projects are a significant form of foreign aid. By developing infrastructural projects, nations curry favour with other nations in exchange for desirable trading terms.

Through deep-rooted relations cultivated via projects through ‘Stadium diplomacy’, China is attempting to reap notoriety at the highest levels of government. Along with shimmering state-of-the-art stadiums, China has several infrastructure projects across the developing nations. Chinese funded stadiums established from 1950 onwards have experienced three phases of expansion: 1958–1977, 1978–1999, and the 21st century.

China has erected nearly 1400 buildings in the developing nations in the last 60 years, which also includes stadiums. China had understood that the people in many of these developing nations liked sports. Having access to modern stadiums is usually the dream of football enthusiasts globally and Chinese engagement has led to important developments in the way that domestic supporters tend to welcome their national teams. One of China’s advantages was to have realized the necessity to enhance its soft power on an international scale. Numerous instances show that China, despite its official proposal of ‘no strings attached’, has demanded beneficiary nations to withdraw their diplomatic ties with Taiwan if it wants new stadiums to be built. For instance, Costa Rica cut diplomatic ties with Taiwan and officially recognized the People’s Republic of China (PRC). After the diplomatic switch, China negotiated a free trade agreement that led to the establishment of the Costa Rica National Stadium inaugurated in 2011 established at an approximated cost of $100 million.

Stadium diplomacy began as shortly as 1958, where the Chinese government supported funding the development of National Sports Stadium in Mongolia. One of the original stadiums to be constructed with Chinese grant money was the National Sports Stadium in Ulaanbaatar, in 1958, which hugely added to the development of Mongolia’s sporting base and training fitness for the players. Later, China expanded the beneficiary regions gradually from socialist nations to nationalist nations, such as Indonesia and Cambodia that received indoor stadiums in 1963 and 1966, sequentially. In the most prime point, there was limited involvement of Chinese architects in the design process, considering the stadiums were usually created by the Soviet Russian architects or reputed local architects. Later, China’s stadium diplomacy further reached out to Fiji, Sri Lanka and Caribbean islands to host sporting competitions. Chinese stadium projects overseas insinuate that China has both economic and political goals it wants to accomplish. A crucial perspective is that China is accountable for the whole process from the primary outlining stage to the stadium’s completion that includes rendering Chinese material, design and installation, sending technical staff and Chinese engineers to supervise and to coordinate the projects.

The void of aid support left by the West has enabled China lenient access to the developing nations. Occidental nations have long viewed Africa as a failure of contemporary progress, not a place of economic possibility and investment. Additionally, Geopolitical conflict with the U.S. has influenced Chinese investors and Latin American allies to try to mesh in multifariousness forms. China’s way of granting and constructing stadiums in Latin America and Africa operates as part of the nation’s foreign aid policy. The Chinese during the 1970s and 80s devised a niche on the African mainland through the development of the national stadiums that signified a symbol of Sino-African associations in the harmonious times of third world non-alignment. Elliot Ross in ‘China’s Stadium Diplomacy in Africa‘, states that China constructs a stadium at a comparatively moderate cost, local politicians manifest it as confirmation of their development efforts, and China is rewarded with access to political leaders. Across Africa, the growing presence of Chinese investments in the market and infrastructure is visible. In 2000, China started the China–Africa Cooperation Forum (CACF), through which China began giving foreign aid in the form of donations, interest-free loans, and concessional investments. Apart from the development of sports amenities, the establishment of hospitals, public infrastructure, cultural venues and so on are incorporated in the foreign aid sector. The state-owned Shanghai Construction Group is the established actor in the construction of stadiums globally.

However, since the last few years, the Chinese funding model has attracted much faultfinding for its impetuous strategy to problems of humanitarian disputes, corruption and exploitation of natural resources. Critics describe these ‘friendship stadiums’ as Trojan horses used to conquer local markets. Chinese president, Xi Jinping is quite aware that entree to natural reserves in the developing nations is imperative for China and this construction of the stadiums can help China to play the foxy game of cards with these nations. Also, China’s middle class has been improving every year so the country is in need for basic ingredients (food, oil etc.) to meet the middle-class needs. The tactics of using Stadium Diplomacy to enhance soft power oftentimes generate permanent financial ties with many countries. The hard-nosed Chinese interest in raw materials is much evident. For example, China has built the entire tournament stadiums in Angola, Gabon and Equatorial Guinea for a purpose where the following nations have vital offshore petroleum reserves controlled by small elites and despots. Similarly, according to Manuel Lopes Nascimento, President of the Federação de Futebol da Guiné-Bissau, China built a football stadium in an impoverished African nation of Guinea Bissau in return for Chinese investment in exploring the nation’s sea and forest. Also, the local workers who work in Chinese infrastructure projects encounter weak health conditions and low safety standards. There are also rising anxieties about job displacement for local workers as Chinese infrastructure companies import a part of their labour from China to take care of their projects. While beneficial for local sports fans, the projects offer little benefits for workers like in the case of Maputo National Stadium in Mozambique as they are not paid wages as per contracts and are made to work for long hours.

In the new era, modern stadiums use different structures, technologies, particularly those related to sustainable and green technologies. Stadiums are often used more sustainably, last for a longer time and are considered profitable to ruling elites and common people compared with other funding projects. Through the Belt and Road Initiative (BRI) put forth in 2013, China is attracting underdeveloped nations into unsustainable debts to fund infrastructure projects including stadiums that allow China to take these assets when receivers encounter debt crisis, enlarging China’s strategic horizon. Despite constructing various projects including stadiums, the Chinese projects have seen to have environmental repercussions harming biodiversity. Through BRI, China has also slipped to formulate a Green Silk Road and several projects have ended in controversies. China’s fragmented development financing system is often not suited to direct BRI to achieve its geopolitical objectives.

Post- Construction, the maintenance costs have often been ignored by China where the stadiums end up losing their shine. The Sligoville mini-stadium in Jamaica was in ruins years after the Chinese built it as per the Jamaica Observer. Mahinda Rajapaksa International Stadium in Sri Lanka has been hit by financial problems. The Monster’s Cave in Costa Rica has drawn the most strident criticism. The $100 million stadia were constructed by shipped-in Chinese labourers during a local unemployment disaster and came with no funding for maintenance, and showed an additional economic burden. The PRC’s strategy of Stadium Diplomacy failed in St Lucia after the island’s administration recognized Taiwan. As per the Pacific Islands Development Program by the University of Hawaii, the Telecom Sports Arena in Raratonga was “leaking, eroding, and slipping apart”. Gabon, a country in Africa faced sewerage problems and repeated setbacks in the completion of the Chinese built-stadium. Different NGOs and human rights organizations have likewise reprimanded China’s policy of ‘Stadium diplomacy’.

China that had turned to “Smile diplomacy”, seeking to be “almost everyone’s companion” except Taiwan and Dalai Lama has failed greatly post-COVID. The construction of stadiums has been hit due to the pandemic including the BRI projects. Understandably, Chinese foreign aid looks attractive initially until the developing or underdeveloped nations realize the enigma of China’s ‘Checkbook diplomacy’ through its foreign aid. At the tipping point, these stadiums may only remain something of aloof monumentality than a throbbing representation of China’s soft power. Made by China is in fact a disaster in making!