Strengthening Defence Ties Between Russia and India: A Geo-economical Perspective 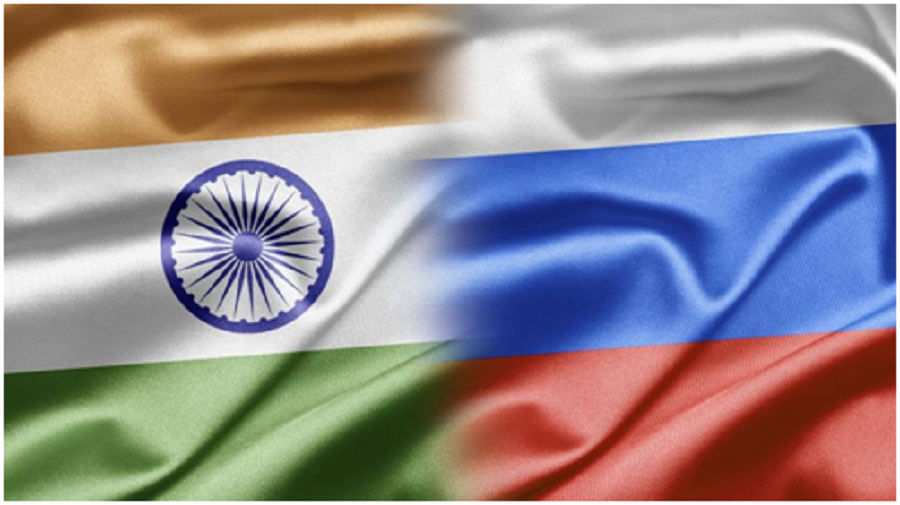 Earlier this month, Indian Defence Minister Mr. Rajnath Singh met his Russian counterpart General Sergey Shoigu in Moscow during his three-day visit for participating in a meeting of Defence Ministers of the Shanghai Cooperation Organisation (SCO), Collective Security Treaty Organisation (CSTO) and Commonwealth of Independent States (CIS) countries to commemorate the 75th anniversary of the end of World War II. The meeting has not only raised expectations and faith in the strengthening of defence and strategic cooperation between two countries but has also fulfilled a much-desired geo-economical agenda.

A Look at the Present Situation

The fact that India’s defence equipment currently in service is overwhelmingly of Russian origin, especially in the case of the army, and up to a great extent in the case of the other two branches- navy and air force, is not something which can be kept aside while discussing the India-Russia defence ties. Since independence, India has relied most on Russia for its defence resources, more so since the 1968 India-Russia cooperation agreement which led to the sale of a multitude of defence equipment to India and began the era of the two countries’ deep relationship, rather than a simple buyer-seller dynamic. Fast forward five decades and the two countries stand tall on achievements of their robust ties which witnessed numerous ups and downs through the years, ranging from geopolitical to economic pressures. Today, despite the evident policy path of India trying to diversify its sources of military equipment and technology acquisitions, Russia is accepted to remain as India’s main Geo-economics, Geopolitics, India-Russia, Defence ties, Defence cooperationdefence partner by almost every expert in policy making as well as the scholarly field.

During the last decade, as India embarked on its objective of diversification, a plethora of research and advocacy circles expressed how India is now shifting away from Russia and towards the western hemisphere for fulfilling its needs in the sphere of defence. The increased cooperation and acquisitions from the likes of France, Israel and US stand as testimony to this shift. However, in recent years, a revival of India-Russia relations has been witnessed in the sphere of defence. The signing of a massive US $5.3 billion deal for the procurement of five S-400 Triumf surface-to-air missile defence systems, the Joint Venture (JV) for local manufacturing of AK-203 rifles, the success of the BrahMos supersonic missile JV which has generated interest in several countries globally and the very recent advancement in the plans for the JV for the supply of Kamov 226T choppers to the army and air force, highlights the fact that the two countries have not lost sight of the ongoing geopolitical dilemmas and have adopted the tools of geo-economics for strengthening the ties.

The concept of Geo-economics is described in a most-simple way as the use of economic tools to advance geopolitical objectives. For achieving the goals, the two parties can assist private entities through supporting research and development, initiate overseas market investments, and strengthen the trade ties in as many aspects as possible. The former foreign secretary of India and a former ambassador to China, Mr. Vijay Gokhale points out the main geo-economic element of India-Russia ties perfectly when he opines that “A proper analysis of partnership between Beijing and Moscow is critical to India’s foreign policy calculus”. One of the three pillars of the Sino-Russian relationship as pointed by him is the expanding trade, where Russian exports to China continue to grow especially in the field of oil and gas. He further suggests that today Indian scholarly circles see Russia as politically agnostic and commercially motivated, who no longer shares India’s concerns about China, unlike the erstwhile Soviet Union which was a politically reliable and trustworthy defence supplier with shared misgivings about China.

This phenomenon forces us to consider the fact that given the present situation where a significant trade in terms of oil and gas between India and Russia as well as the idea of any huge uptick in terms of trade in any other field seems far-fetched, the only possible option to maintain and strengthen the ties and satisfy the geo-economic strategies, is to focus on defence ties. And to this end, the pandemic and China’s expansionist tendencies, which has led to an increase in tensions between India and China, and the bonhomie between China and Pakistan, has provided India and Russia a major moment to re-affirm and evaluate their strong ties. In the recent years, the debate around Russia’s increasing tilt towards expanding trade with Pakistan which was being analysed as a response to India’s relatively cold attitude towards Russia and an increasing enthusiasm towards west has been put to rest with the Defence Minister’s meeting where General Shoigu assured that Russia will accede to India’s request for “no arms supply to Pakistan”.

India for its part, will want to enhance its trade with Russia, even if it has to be majorly in the sphere of defence equipment, in order to avoid Russia becoming more dependent on sales to China. This possibility is already becoming more visible in the field of energy where sanctions are constantly pressurizing Russia’s energy trade with Europe and will certainly lead to increased coordination with China. This, however, does not mean that Russia is not aware of its increasing dependency on China to an unsustainable level.  Russia too will consider all the geo-economic tools to stay as independent as possible to remain at the top in the geopolitical matrix.

These dynamics make a very strong indication towards the continuation of strengthening of India-Russia defence ties for some time to come ahead. The adherence to geo-economic tools is now an inextricable part of supremacy in the realm of geopolitics.

Divyanshu Jindal
Author is a Research Trainee at the Asian Institute of Diplomacy and International Affairs. He is pursuing his Masters in Diplomacy, Law and Business at O.P Jindal Global University, India. His area of interest includes Russia, Central Asia, and South Asia dynamics and areas of potential cooperation between them.
Tags:
Defence Cooperation Geo-economics India-Russia Defence ties Geopolitics
Share:
Share this...