Rising Like the Phoenix: Indian Aviation in the Post-COVID World 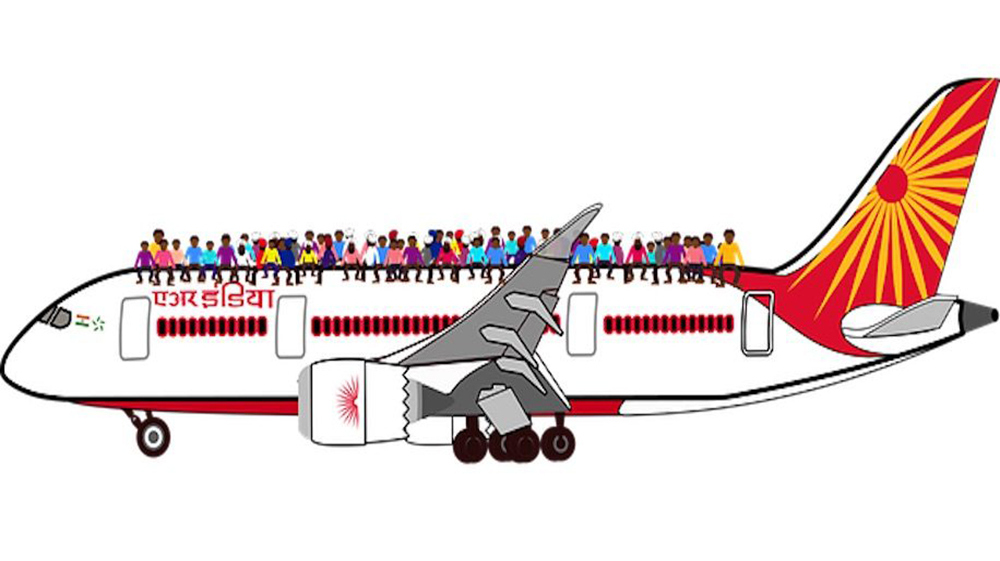 Where once, large Indian steel birds swept the skies, the Indian aviation industry has experienced tremendous economic hardship just like the airlines in other parts of the world due to the COVID-19 global pandemic. The airports have a deserted look now as the hustle and bustle that goes on at airports is missing. Likewise, several airlines across the world have filed for bankruptcy and millions of aviation jobs are in peril due to the huge loss in the global aviation industry. International routes have undergone tremendous damages due to the major global destinations being under the clutches of the virus that would pit the profits on these routes.

However, the Central and State Governments of India have strongly organized many global and domestic evacuations through the pandemic. Despite the limited growth due to various restrictions by the state governments, the airlines are hopeful and encouraged by the move to continue the domestic operations. Though the present domestic flight operations which are taking place under limited passenger capacity is only expected to roll back to normal by 2022, experts believe the uncertainty of lockdowns put forth by state governments and the differing quarantine rules are making consumers averse to travel. They state that the sector is not expected to recover any time soon until the pandemic is effectively regulated.

It was during the primary stages of the COVID pandemic when Indian nationals, a lot of whom consisted of students were stranded in Wuhan and other cities in China, Air India flew many of the Indian nationals back to India. This was followed forthwith by evacuating Indian citizens in Iran and Italy. The Indian government began accepting calls for similar flights across the world, which led the government to initiate the ‘Vande Bharat Mission’. ‘Personal hygiene’ and ‘social distancing’ has been the new norm in the flights post-COVID. The cabin crew has to undergo a COVID test before operating any such Vande Bharat mission flights.  Despite the national lockdown, Air India and Air India Express airlines have worked tirelessly to carry quintessential goods and medical stocks to other countries (Especially the Middle Eastern nations) and also within India.

Post-COVID, India initiated one of the greatest and most ambitious evacuation missions in the country’s history called the ‘Vande Bharat’ mission on May 7th, 2020 to help bring back the stranded Indians across the globe stuck in the COVID pandemic through the repatriation flights. The Central and State governments of India have organized several worldwide and national evacuations. Particularly, airlines such as Air India, Air India Express, Vistara and a small percentage of airlines such as Indigo and Spice-jet have operated the Vande Bharat mission. The mission consists of phases that have been proposed by the government. So far 6 phases have been achieved. The Mission is currently in phase-7 where more than 17 lakh Indians have been brought back home. Beginning Oct 1st, when the Phase-7 commenced, approximately 873 international flights have been listed from across 25 countries that will be operational until 25th October. With the Indian Diaspora being the largest in the world according to the new estimates released by the United Nations (U.N) and an estimated 100 million working-class migrants spread across the world, the Vande Bharat Mission has been on the roll, operating non-stop despite certain countries raising concerns about the safety of the repatriation flights.

As part of the Vande Bharat Mission when the cabin crews enter, the bags are sanitized before entering the airport and even the Central Industrial Security Force (CISF) staff would maintain social distancing by using a camera and infrared sensors that measure the temperature and recognize the identity card of the crew. After the paperwork is done, the cabin crew is off to the flight where the whole aircraft is sanitized and ready for takeoff. All of the crew will have a briefing directed by the senior captain or commander regarding the flight protection and safety procedures concerning COVID. The pilots don the Personal Protective Equipment (PPE) kit taking sufficient precautions and get set for the Passengers to arrive in the flight. “When one witnesses the happiness of the families and friends of the passengers as they get to see their near and dear ones returning home safe, the feeling is priceless. It gives me immense pride and satisfaction for having been allowed by Air India Express to be a part of such an important historic mission”, opines Capt. Sushanth Nagaraju.

As India is the second largest populated nation globally, air traffic movement is forecasted to grow in the upcoming years. Additionally, the Civil Aviation industry of India has remained one of the fastest-growing industries in the past few years.  As per The International Air Transport Association (IATA), India is expected to soon be the world’s third-largest air travel market by 2024 while it overtakes the U.K. Nevertheless, amelioration in Indian aviation has become the necessity of the hour post-COVID such as:

To conclude, the whole world is getting used to the new normal with countries that have started to unlock and lift the travel restrictions stage by stage. People are gradually learning to travel with all the safety precautions. Air India on a positive note has proved itself to be the ‘Maharaja’ (King) by bringing back the stranded passengers to India. The national carrier has proved its pluck and fortitude yet again being at the vanguard for the country’s international rescue missions whenever required and is here to stay. Air India was also the face of the largest rescue mission undertaken by a civil airliner in 1990 that evacuated lakhs of people from Kuwait following the Persian Gulf War. No other airline in the country has such a large network and expertise to fly global routes as Air India does and one can just expect that the privatization will draw the finest out for the flag carrier airline of India. On the other hand, the aviation experts are optimistic and believe that the Indian aviation industry will rise like the phoenix once again as the dust of the pandemic settles down.

Sushanth Nagaraju
Author is an Australian trained pilot from Tristar Aviation, Melbourne and is currently serving as an International pilot for Air India Express, Government of India. He is part of the COVID-19 Vande Bharat Mission in India.