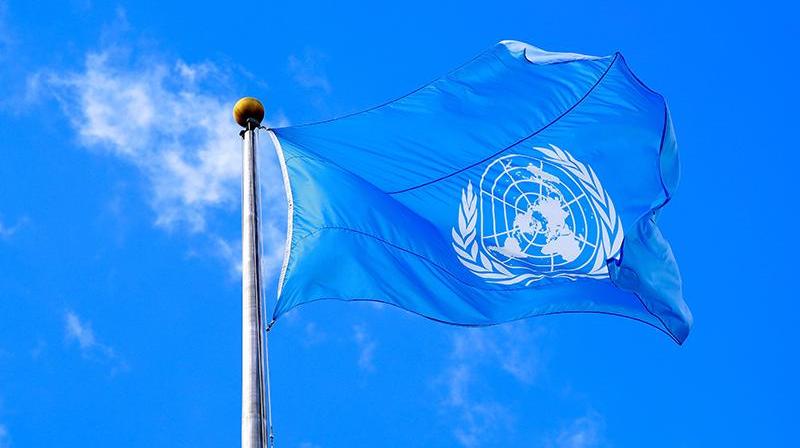 World leaders came together, virtually to mark the 75th anniversary of the United Nations, as the coronavirus pandemic and economic disruption challenge the effectiveness and solidarity of the organisation that was set up after the horrors of World War II.

Millions of people were forced into lockdown and economies were devastated as COVID-19 began to spread around the globe earlier this year. Now, some countries find themselves facing a second wave and the 193-member UN has struggled to assert itself in the face of the distrustful United States, an assertive China and a growing rivalry between the two.

Covid-19 is a stark reminder of the need for cooperation across borders, sectors and generations. The UN’s response will determine how fast the world recovers, whether we achieve the Sustainable Development Goals, and how well we handle pressing challenges: from the climate crisis to pandemics, inequalities, new forms of violence, and rapid changes in technology and in our population. But just when we need collective action more than ever, support for global cooperation has been flagging. In many countries, public trust in traditional institutions is in decline and relations between countries have been under strain. Will this pandemic bring the world closer together? Or will it lead to greater mistrust? Global dialogue – and action – is now more urgent than ever.

Dag Hammarskjöld, the second secretary-general of the United Nations famously opined that the very purpose of its [UN] creation was not to take to heaven instead it saves humanity from hell. United Nations has reached another milestone by completing 75 years and is embarking towards another year filled with challenges and international disputes which require mediation and greater will to prevent any catastrophe.

The idealism of the founding fathers of the League of Nations (The precursor to the UN) was to prevent large scale war. This idealism was shattered as the world was caught up again in another massive war- the Second World War. The catastrophic war had left pain and loss to everyone. Nevertheless, World leaders came together again to bring out an order which can be maintained by having a more empowered international organization which would check belligerent behaviour and act for international peace and security. The then existing political situations and prevalent power equations had lead to the disintegration of the League. One sees that an almost alike political situation has been shaped already today.

The name ‘United Nations’ was suggested by the then President of the United States (US) Mr. Franklin Roosevelt, to be exact 21st October 1942 and presently it is his successor who has jeopardized the position of the UN by cutting its funding by about 30%. The revision of funding was the latest blow given by Trump to this international organization. In Hindsight, during the past 75 years, one could see that however turbulent be the world order the UN has survived, yet the financial crisis has seriously brought this largest inter-governmental giant to its knees. The recently published hunger index too projects results that are not looking so good for the UN. The fundamental understanding of poverty alleviation and providing healthy food and shelter looks questionable now as we see the numbers are on hike.

One of the primary decisions taken by President Trump upon his ascension as the President of the US was to withdraw from international agreements and organizations which he believed was taking away the maximum inputs generated in his state. The US contributes 27.8% of the UN budget and a 30% cut has resulted in further worsening the already deteriorating environment. In May Trump announced he was severing all ties with the World Health Organisation (WHO), which he is trying to make a scapegoat for the Coronavirus pandemic.  A newly proposed set of regulations on the usage of lift, vehicles, and electricity have put down the morale of almost 37000 of the UN staff, leading it to be sceptical and anxious about their motivational incentives. 85% of the total UN budget comes from the following seven countries: US (27.89%), China (15.21%), Japan (8.56%), Germany (6.09%), Britain (5.78%), France (5.61%) and Italy (3.01%). One must not forget that the UN has 193 member countries at present.

The security council of the Organization has from the beginning been an issue of discomfort among the member countries, the third world developing countries who were largely considered secondary or not considered at all. The nomenclature around holding power in the organization has come about to be having a permanent seat and enjoying the privileges of veto power. This is a fundamental drawback. The security council dictates and the veto power dominates decisions taken by the General Assembly. One answer to a lot of issues in the United Nations is to bring about structural changes in the Security Council, giving attention to the growing internationalism exhibited by the regional organizations. In my view, it will be these organizations or smaller groupings of nations that can advocate change and ensure peace and stability. A stable environment is a necessary condition for lasting peace. The primary concern of the UN must be to provide this environment for peace to grow.  The G-4 grouping (India, Japan, Germany, and Brazil) is keen on its demand for expanding the Security Council. They support each other while promoting a more big and concerned Security Council.

Peace mediation has never been an efficient task to the UN; however, it’s the sole purpose of its existence. Though financial and decision making powers have derived from the West led alliances, the largest contributors to the UN force come from the third world countries. The pivotal factor in allowing the UN to conduct peace operations at the same time to perform the role of a peace mediator is materialized through the strength of the UN peacekeeping force. United Nations does not own an army and it’s been questioned when it comes to resolve and mediate issues between major powers who are also major benefactors of this large entity. India, Pakistan, and Bangladesh have contributed the most numbers of defence personnel to the UN peacekeeping force however these states continue to be the recipients of rejection and deprivation. The very fundamental principle of the UN’s existence is the adherence to the principle of ‘Collective Security’ which is neglected by most the states and its demagogues. ‘One for all and all for one’ has become ‘For one and if one decides then for all.” The Afghanistan mission, UNAMA (United Nations Assistance Mission in Afghanistan) is working since 2002 but peace continues to be a distant dream for the region and its people.

Learning from the failures of the League of Nations, through Washington, Yalta, Tehran, and San Francisco summits have realized the price of peace and the need for global peace for the mutual and sustainable development of all states that are part of the organization, that the UN was formed. Nevertheless, to say, the idealistic expectation that the shortcomings of the ‘Covenant’ can be resolved through a universally recognised ‘Charter’ have proved to become bogus. UN by all means is in chains, shown by lackluster performance and it lacks the strength required to resolve international disputes. This truth has been realized by almost all the member states thus paving the way for the questioning of the need for the very existence of this great international organization. The UN has no direct control over issues, to resolve which it has come into existence.

The question of whether it (UN) is relevant today is not in question for there is no doubt that there is a need for an international body as a mediator and peace regulator. As the UN is going to celebrate its 75th-anniversary certain things must be considered without missing the space to learn and know.  It is undisputed that the world requires an international body like the United Nations because there are plenty of issues that require the cooperation of all the countries – poverty, terrorism, human trafficking, climate change, and other grave issues cannot be tackled by one nation alone. It requires the support and joining of the hands of all nations to combat the issues. The United Nations provides a platform for the member nations (currently 193, which includes most sovereign states of the world) to come together and become a bigger force to tackle the issues. However, the fact that the Security Council of the UN, the permanent body of the UN responsible for maintenance of peace and security, has more power and is a decisive component even today is unsettling, more so because the five permanent members – China, France, U.S.A, U.K, and Russia – enjoy the veto power, which can prove to be a boon or bane, depending on the vested interests of these nations. It is a structural change in the UN framework induced by the greater demands of the third world would define whether it has been true to its ‘purpose’ and its call for ‘Humanity’.

UN Secretary-General Antonio Guterres said the U.N.’s 75th anniversary is an ideal time to realize goals that were expressed, including speeding up the transition to zero carbon emissions, ensuring universal health coverage and ending racial injustice.

“We face our own 1945 moment,” he said. “We must meet that moment. We must show unity like never before to overcome today’s emergency, get the world moving and working and prospering again.”