Technical and Vocational Education in Africa: Some Solutions to Averting Future Impacts of Pandemics 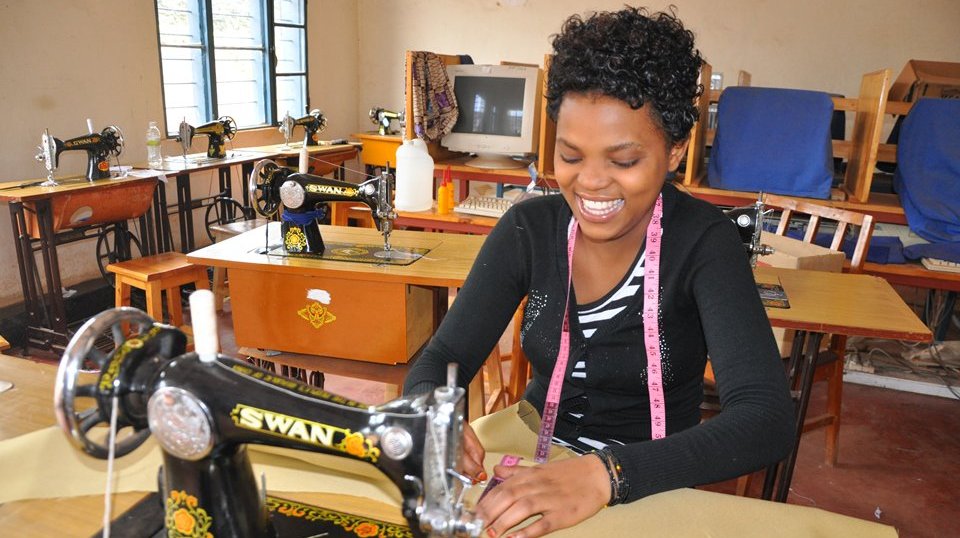 As has been the case elsewhere in the year 2020, Africa has been hit hard by the COVID-19 pandemic. This pandemic is so-named after a coronavirus called SARS Cov-2. It originated in China at the end of 2019, and reached Africa by mid-February 2019 when the first case was diagnosed in Egypt. As of mid-October 2020, out of the continent’s 54 countries, 47 had registered cases of the pandemic. There were over 1.2 million confirmed cases leading to over 24,000 deaths continent-wide. Politicians, scientists, and medical doctors have over the past year grappled on the best ways to stop the spread of the virus and how to minimize its impacts. In the absence of a vaccine or an approved cure, some have called for the use of social distancing measures, others for the use of face masks, and yet other governments instituted lockdown measures. Some of these “solutions” have been detrimental to Africans. They have led to the closure of businesses and subsequently job losses for thousands of Africans. This article used the COVID-19 pandemic as a reference point toward our understanding of pandemics in Africa during the recent past. It also provides a brief overview of the state of technical and vocational education training (TVET) in the continent. From this, it posits that TVET can help to avert some of the challenges that the continent faces whenever a pandemic, like COVID-19, occurs.

AN OVERVIEW OF PANDEMICS IN THE 20TH AND 21ST CENTURIES

This section provides a brief overview of selected global pandemics (that have significantly affected Africans) over the past century or so. The first known global pandemic of the 20th century was the Spanish Influenza of 1918-1920. That pandemic, which occurred in three main waves, affected about 20 to 30 percent of the global population. While the exact figures of global deaths caused by that pandemic are not yet confirmed, many historians and scientists put the figures at close to 100 million deaths worldwide. The pandemic originated in Northern France, during the First World War, where the virus was detected to have come from pigs and poultry. The disease, which weakened people’s immune systems, not only killed soldiers but also ordinary people worldwide, often within days of being infected, thousands of Africans included. Among other outcomes, the pandemic led to the enactment of racial-based segregation legislation and measures in Africa’s colonial societies.

The other devastating pandemic to reach the African continent since the 1918-’20 Influenza pandemic, is the HIV and AIDS pandemic. HIV and AIDS emerged in the early 1980s, and by the year 2000, it had claimed over 22 million lives worldwide. As of the year 2019, over 32 million people have succumbed to the virus across the globe. Over 68 percent of people living with the virus are in the low-income countries of sub-Saharan Africa. There, the pandemic has decimated populations, increased levels of poverty, and left many children to be orphaned. Families have also diverted their times and efforts to take care of the sick, thereby reducing labor supply.

Since the late 1970s, Africans have also been affected by the Ebola virus disease (EVD). This has mainly affected the western, central, and southern parts of the continent. The most recent outbreak occurred from 2014 to 2016 (affecting such countries as Sierra Leone, the DRC, Liberia, and Guinea, among others), and has continued to sporadically reappear since then. Like the other virus outbreaks cited above, thousands of Africans have succumbed to Ebola. Scholars who have written on the causes and influence of Ebola in Africa often consider the social, economic, and political contexts in which its outbreaks have occurred. Others have described it as an epidemic, and yet others call it a pandemic (as it spread to and impacted many countries). Despite that, many of them agree that the spread of the virus is largely connected to the deteriorating socio-economic conditions and health service delivery. Many Africans have no access to clean water and other sanitation amenities.

THE STATUS OF TECHNICAL AND VOCATIONAL EDUCATION TRAINING (TVET) IN AFRICA

For hundreds of years, millions of Africans have undergone formal education including in TVET. When European colonial rule was established in the late 19th and early 20th centuries, the Europeans brought with them elements of their education systems, including those associated with TVET (offered by both government and private institutions).  After attaining independence in the post-World War II era, many African countries continued offering TVET through both national and community colleges and polytechnics. This included training in such areas as tailoring, plumbing, building and bricklaying, carpentry, mechanical engineering, agriculture, and home economics, among others, essential for socio-economic development. In many countries, TVET is offered at the post-secondary education level. TVET is often aimed at training young men and women in entrepreneurial skills, assisting them to create their own businesses and employ others. However, over the years the lack of enough training centers, the lack of funding, and business and employment opportunities for TVET graduates, have all rendered this endeavor to be problematic. This is not to undermine the funding provided by African governments and other international organizations, including UNESCO (through the Shanghai Consensus of 2012), the ILO, and the World Bank, toward such institutions.

HOW TVET CAN HELP AVERT CHALLENGES AND IMPACTS OF FUTURE PANDEMICS

The previous two sections have done two things, namely: provided a picture of pandemics/epidemics in modern Africa; and provided a perspective on the current status of TVET in the continent. This section provides some suggestions on how TVET, if well supported and funded, can help avert some of the challenges associated with the pandemics/epidemics in the future. Some measures would have to be put in place. First, TVET must start earlier in the education process, more especially during secondary schooling. Stakeholders must review the TVET curricula. It must be elevated to the same level as other forms of tertiary education. It must match the current technological changes, especially in the health, transport and communication sectors and entrepreneurship. Basic training in health or clinical care and sanitation and environmental conservation must also be included. Now that the world is experiencing the COVID-19 pandemic, TVET must also be tailored toward the production of such items as ventilators and other personal protective equipment, including helmets, face masks, goggles, gloves, shoes, and hand sanitizers, for healthcare workers and the general population. While many Africans have lost their jobs in connection with the pandemic, TVET, with its focus on practical and entrepreneurial skills will help to create new jobs and aid others in setting up their own businesses. This could help in the recovery of economies. Industrial attachments for current students and graduating students must also focus on areas where TVET applies. This must also take into consideration those with physical disabilities and the gender disparities in the education system to include as many girls and women in TVET. Only through such measures will TVET be helpful in averting the impacts of future pandemics.