Latin America’s Turn Towards Israel: From Ideological Fixation Towards Pragmatism 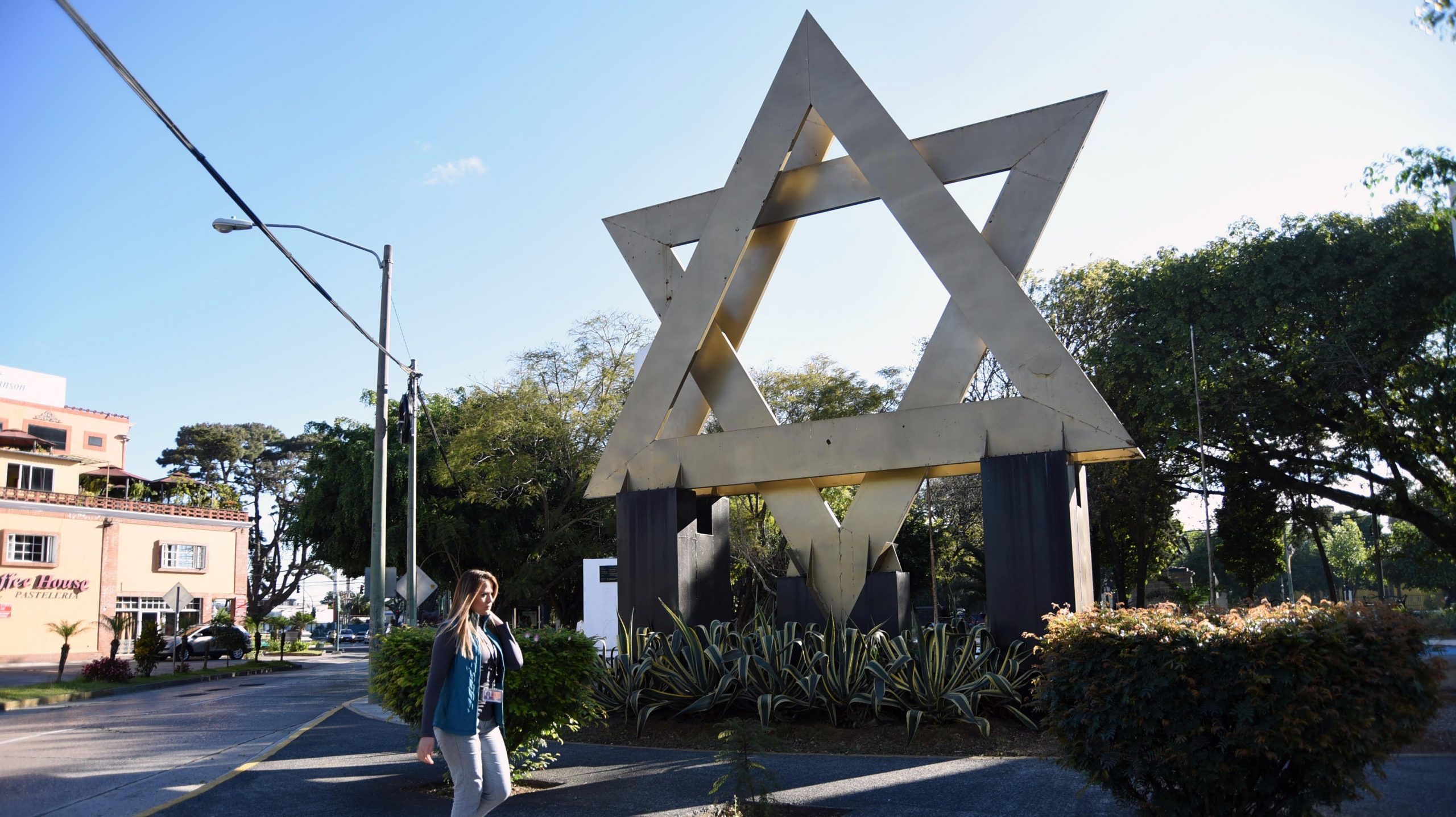 Latin America has always been sharply divided over Israel and Palestine owing to its political axes. Conservative regimes focussed on shared Judeo-Christian values, trade relations and military cooperation with Israel, while the Latin American Left espoused nationalism, anti-colonialism, struggle for freedom and a shared history with the Palestinian diaspora. Although support for Palestine coloured the region, a change in regimes exhibited stronger support for Israel fuelled by a sense of pragmatism. The end of the Cold War, the rise of Israel as a force to reckon with, a declining Left explains how these Latin American states adopted a pragmatic approach towards the Israel-Palestine imbroglio by either balancing between the two or completely shifting towards Israel.

Imagery of equality, solidarity and a common struggle for human rights and sovereignty characterised the Left and its struggles against imperialism and foreign intervention. It sees the Palestinian struggle in the same context, without forgetting the years of suffering under right-wing dictatorships, which were financed, supported and aided by the with the covert support of Israel.

The Palestinian and the larger Arab diaspora influence the foreign policies of countries such as Chile, Brazil, Bolivia, Honduras and Venezuela to a large extent which finds support from the local population and policymakers. Not only are they opposed to American hegemony coupled with its close relations with Israel, but they have also pushed the leaders of these countries to show sympathy with the Palestinian cause. While Chile and Brazil adopted policies opposing American domination, Venezuela went a step forward along with Bolivia leaving no stone unturned to denounce Israel in the international forums. An analogy between the occupation of Palestine and that of occupation of indigenous territories by many Latin American states has been used by many indigenous groups to express solidarity with Palestine. It was claimed that the indigenous people and the Palestinians share a common history of oppression and occupation. Both groups are concerned about the occupation of their territories and the erosion of their cultural values. As American indigenous leader Russell Means stated, “The Palestinians in Gaza are the American Indians of the Middle East.” This statement in one stroke shows the commonality between both the groups.  One may observe the ideological and emotive appeals in fomenting ties between the Palestinian cause and the rebellious outlook of the Left in Latin America.

While Argentina, Chile, Honduras, Guatemala and Brazil are increasingly warming up to Israel under respective conservative governments, others such as Cuba and Venezuela oppose it. Economic concerns along with a waning Left in collusion with an aggressive American and Israeli diplomacy has proved to be superior. Regarding Brazil it is an interesting turn that Jair Bolsonaro completely reversed Brazil’s position since it was the first country in Latin America to recognize Palestine. Argentina came a long way since its successive disdain towards Israel with President Mauricio Marci heading the Centre-Right coalition Cambiemos making strong overtures towards Israel. Attempting to reverse the decisions of his predecessors, President Marci annulled the Memorandum of Understanding with Iran signed in 2013, offered condolences to the victims of the 1992 Israeli embassy and the AMIA bombings, appointed a Rabbi Sergio Bergman as the Minister of Environment and Claudio Avruj as a sub-Minister for Human Rights. Current President Alberto Fernández is also warming up to Israel and has demanded an investigation into the 1992 and 1994 bombings and also visited Israel in 2020 to attend the International Holocaust Remembrance Day which is important precisely because Argentina is the only Latin American state to be a member of the IHRA.

In this regard, Bolivia is an interesting case. After the successful coup against Morales, Bolivia restored diplomatic ties with Israel with foreign minister Karen Longaric reversing the decision of 2009 to recognize Palestine as an independent state with its pre-1967 borders. This exhibits that a change in the regime led to a change in its foreign policy. The embattled Venezuelan President Maduro who faces an increasing challenge from self-declared interim President Juan Guaidó seems to be the last bastion of hope for the Palestinians. This event seriously challenged the already waning support for the Palestinian cause in Latin America.

Colombian President Iván Duque’s position is another example of how a regime change influences foreign policy. From making strong overtures towards Israel to regretting the decision of the former Santos Presidency’s decision to recognize Palestine the Duque government has attempted to normalise ties with Israel. Mexico’s relationship with both Palestine and Israel has been an act of balancing without overt support for either. If it signed a Free Trade Agreement with Israel in 2000, it also voted in 1975 in the UN regarding resolution 3379 equating Zionism with racism. From engaging in commercial and scientific cooperation to voting for Israel in international bodies, Mexico-Israel tries boomed under former President Enrique Peña Nieto. Similar to some Latin American states, Mexico did not follow the ideological positions too deeply when dealing with the problematic questions of Israel and Palestine. The current government of President Obrador who has leftist sympathies reflects a tendency to continue along with the policies of his predecessors to maintain good ties with Israel. The reason could be the economic interests of both the states, Mexico being one of the largest growing Latin American economy has much to lose if its relationship sours with the Jewish state.

On similar lines, Ecuador under former president Rafael Correa did not shy away from expressing disdain for Israel, cancelling a proposed visit and condemning it for genocide. He also expressed overt sympathy for Palestine, downplaying the AMIA bombings and opened an embassy in Palestine. In contrast, Lenin Moreno following the same ideology called for improving ties with Israel, highlighting Ecuador’s role in voting for Israel in 1947 and the contributions made by the Jewish diaspora. Citing economic cooperation, rising trade and thanking Israel for its aid post the 2016 earthquake, under Moreno Ecuador seems to gradually warm up to Israel.

El Salvador’s newly elected President in 2019, Nayib Bukele became the second President of Palestinian descent of the small Central American state. Politically on the conservative side, Bukele’s case exhibits a position at crossroads between loyalty to his ideology and attachment to his ancestral land. While he became the first president to end the two-party rule in El Salvador, previous records exhibit that his Palestinian origins is downplayed by his conservative viewpoints which result in support for Israel. In 2018, the current president visited Israel to participate in the 32nd Annual International Mayors Conference, a trip that he described was positive in nature. Since assuming office the young president has signed various arms and technological deals with Israel thus cementing the ties between both the states.

Furthermore, Honduras and Guatemala also recognized Jerusalem as Israel’s capital thus angering the Palestinians. Honduras has the highest number of Palestinians in Central America which comes as a surprise given the diplomatic move. However, Guatemala exhibits no radical shift in its policy towards the Israel-Palestine question. Enough evidence point out the cooperation between Israel and the Central American state in terms of military and economy. Especially during the regime of Jimmy Morales and current president Alejandro Giammattei, the relationship is expected to become even stronger.  Whereas one may observe that in Central America states such as Costa Rica play a balancing role owing to its pacifist outlook, others such as Honduras and Guatemala tend to swing towards Israel owing to its economic and diplomatic reasons. Nicaragua on the other hand extends open support to the Palestinian cause owing to its leftist inclinations, with a minor change that restored diplomatic ties with Israel after a seven years hiatus in 2017.

Besides, it is as if history is repeating itself, as, during the heights of tensions in the Middle East in the 1970s, the induced oil crisis jeopardized foreign policy options of many states in Latin America thus making them take a softer approach towards Palestine, even in the current scenario economic compulsions push these same states towards Israel. One may understand that ideological reasons apart, pragmatic calculations play a much more decisive role in fomenting foreign policy for Latin American states towards Israel and Palestine. While there has been a remarkable shift in the foreign policy options of Brazil, Argentina, the Central American states, Bolivia and Ecuador with all these states warming up to Israel others like Cuba and Venezuela still toe the ideological lines. Those states who have shifted towards Israel exhibit a tendency to step away from ideological polemics against Israel while pragmatic choices and a regime change leads to an alteration in foreign policy. Of course, no one may write off the influence of the Palestinian diaspora and the emotions associated with the freedom struggle, but the diplomatic grounds gained by Israel in wooing the region exhibits that tangible aid, economic and military diplomacy score more points than mere emotive appeals.