‘Confluence of the Seas’: The India-US-Japan Trilateral 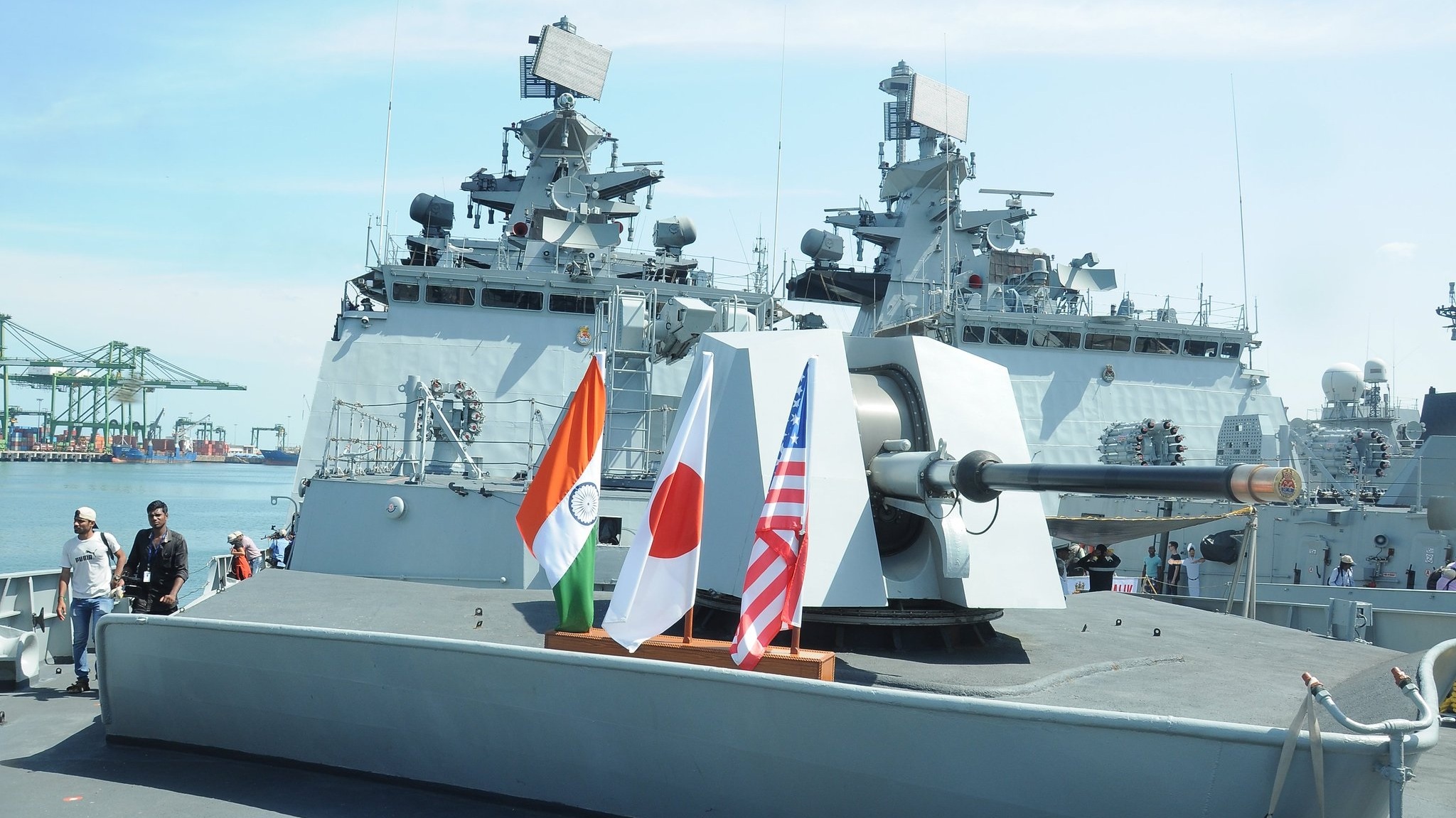 The India-US- Japan trilateral dialogue gained traction as a Foreign Policy initiative due to the convergence of political and economic interests between the three countries.  The core premise for this convergence was the propagation of the concept of a Free and Open Indo-Pacific (FOIP). FOIP is based on values of freedom, democracy and rule of law – values that all three countries imbibe. The nations’ leadership sees this trilateral as a vehicle to promote a rule-based order amongst a complex situation in the region, with Chinese expansion serving as a looming threat. India, US and Japan along with Australia are the champions of this concept. It has led to a deepening of their strategic ties.

Premises and Stakeholders of  the India-US-Japan Trilateral

As described by H.R. McMaster, former U.S. Security Adviser, the strategy consists of seven interlinked and inter-dependent premises which are Freedom of navigation, Rule of law, Respect for sovereignty, Private enterprise, Open markets and Freedom and independence of all nations

The first trilateral meeting took place at the 2018 G20summit meeting between Japanese Prime Minister Shinzo Abe, American President Donald Trump and Indian Prime Minister Narendra Modi. The trilateral not only seeks to set the rule-based order in the Indo Pacific but also increase engagement with the ASEAN countries to provide an alternative to Chinese investments, thus laying the groundwork for a Free and Open Indo Pacific Region. This trilateral framework seems to have emerged out of the 2010 Indo-US strategic dialogue on Asia pacific but the FOIP agenda’s first articulation dates back to the India-Japan strategic dialogue (2006) and when in 2007, Prime Minister Abe had addressed the Indian parliament.

The further promotion of this trilateral cooperation is sought in areas such as Maritime Security, Counter-Proliferation, Counterterrorism, Maritime Domain Awareness, Security in New Domains Including Space and Cyberspace and Quality Infrastructure Investment.

India is also engaged in bilateral initiatives with both US (in Asia and Africa) and Japan (Asia Africa Growth Corridor) for these measures. This shows how India has adopted a multi-pronged approach to implementing its policies and seeks to enhance or elevate its current ties. India’s economic and trade ties with the ASEAN are also important, which is a major regional organisation. Global Trade and Economic Growth would be greatly impacted by trade and investment that connects India to Southeast and East Asia.

Blurred Vision: Limitations and Ambiguities in the concept

Ambiguity is also there as to whether Free and Open Indo-Pacific is a security strategy or a purely economic strategy. Whereas the U.S.A. has been driving the idea of it being a security-oriented plan, Japan and India have been sticking to the idea that FOIP is to promote the development and economic prosperity (which they are already pursuing through the Asia Africa Growth Corridor). The partners also differ in their views as to how to operationalise Free and Open Indo-Pacific, change it from rhetoric to practice.

The trilateral grouping has conducted only a few trilateral summits till now and has not been successful in any path-breaking achievement. Seeing the recurring conflicts that emerge in the Indo-Pacific, the trilateral dialogue has not taken any concrete steps to mitigate the tensions. The only significant achievement has been naval exercise (Malabar Exercise), which was initially instituted as a bilateral naval exercise.

There is an emergent need to formalise the trilateral dialogue through regular high-level meetings to ensure the fruition of goals and expansion of the multidimensional cooperation on strategic issues.