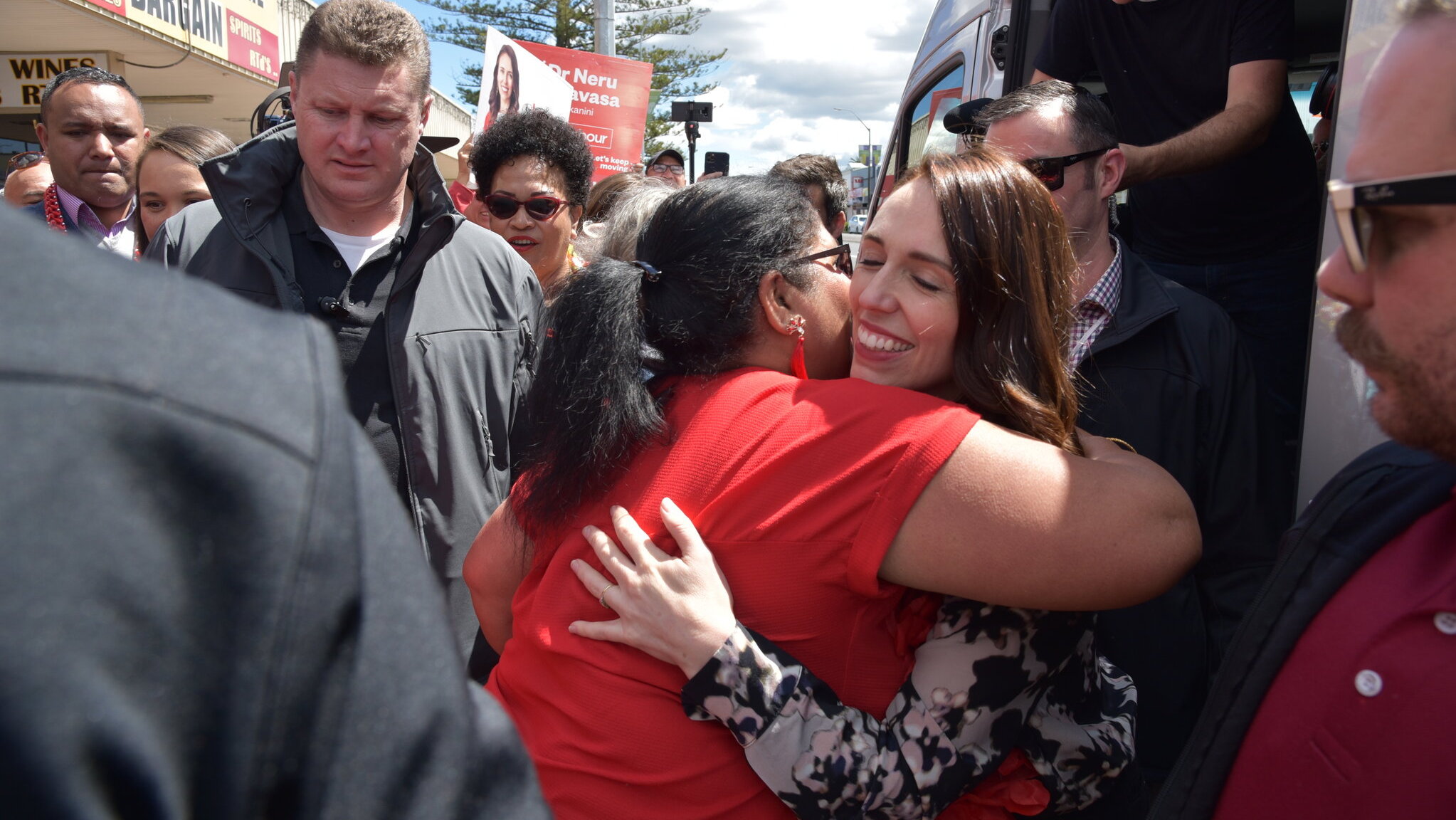 It wasn’t long into a still warm, late spring evening on the 17th October that the outcome became clear: New Zealand’s phenom Prime Minister, Jacinda Ardern and the New Zealand Labour Party had rolled to a remarkable, once-in-a-generation election victory. Only on rare occasions in New Zealand’s history, indeed never since its adoption of a hybrid proportional electoral system in 1993, had a single party won so large a share of the votes cast—enough to rule the country without entering into a power-sharing arrangement with any one of the seventeen parties appearing on the ballot. A remarkable achievement to be sure, but how did we get to this historic inflection point and what does this mean for Aotearoa New Zealand in the years ahead?

Jacinda Ardern’s rise to party leadership may have been inauspicious but her leadership has been anything but that. It is but a distant memory now in New Zealand, with the numerous tragedies and hardships that have marked the Sixth Labour Government’s first term, including the 2019 Christchurch mosque shooting and Covid-19 since it achieved a somewhat surprising electoral ‘victory’ in 2017. Labour had been out of power prior to its threadbare electoral success in 2017 since late 2008. Winning fewer votes than its perennial competitor, the National Party, many commentators—here and abroad—questioned the legitimacy of Ardern’s nascent coalition formed with Winston Peter’s populist New Zealand First Party, serving the seemingly triennial role as New Zealand’s Monty Hall. The government proceeded along as a coalition might be expected to: striking a new direction from the previous National-led coalition government yet avoiding any sort of radical or even remotely activist leftward turn.

Indeed, the timidness in staking out policy positions carried into the 2020 campaign, and now, with the result in the rear view, has left many political commentators second-guessing it. This conservative approach may well have provided an opening for a battle-hardened opponent in any previous election cycle to both stakes out something resembling an actual policy position and, in turn, using it as a cudgel with which to flog the opponent. Alas, 2020 was no typical election year. The year of Covid-19, lockdowns, social distancing and other weird realities heretofore found only in the annals of science fiction, would instead serve as a referendum on competency, steadfastness and in Ardern’s ability to harness New Zealand’s source of national pride: its social cohesion. In its ‘go hard, go early’ strategy, Ardern spoke to New Zealanders and non-New Zealanders alike and asked us to sacrifice, along with her. To give her—and to one another—our faith that if we followed our health experts, if we were diligent in our efforts, we would soon emerge from this crisis, if not unscathed, then perhaps in more or less one piece. And you know what? So far, we have. And, at least at the time of writing, and certainly on 17 October, that faith and leadership have been rewarded: Aotearoa New Zealand has enjoyed far fewer cases per capita than most other countries and our death rate has also been low, with 25 deaths and fewer than 2,000 cases. And while saving people’s lives as a metric upon which voting decisions are made is notoriously fickle, even Churchill was eventually turfed, having the American Covid-19 hubris-fuelled hellscape as a backdrop, certainly helped New Zealand voters see in real-time the stark contrast between what they had and what might have been.

What does Ardern’s historic win mean for Aotearoa New Zealand’s domestic and foreign policy in the next three years? Foreign policy is quite unlikely to be affected much by this election outcome. One thing for sure, there will be a new Foreign Minister as the former minister, Winston Peters has endured the fate of so many coalition partners in New Zealand’s MMP era: he and his party were swept out of parliament, unable to effectively craft a reason for their electoral existence, voters migrated away: some to Labour, others following their individual policy muses to other partisan camps. New Zealand—and the rest of the world—will likely emerge from Covid-19 into a changing global landscape. The experience of the pandemic, with its social dislocation and tremendous economic loss, will leave no country untouched—even those who effectively managed the pandemic. New Zealand will have the benefit of being well known for having thoughtful and deliberate leadership to go along with its well-known reputation of being a safe, clean and desirable location for migrants and tourists. The new government will be challenged with rebuilding the national airline, Air New Zealand and enticing a return to travel to New Zealand all the while grappling with a housing market that while it remains the envy of landowners, is the bane of many young people and the growing numbers of the landless middle class and poor people. This dynamic, not unlike the trend of recent years has two new unprecedented forces in recent history: the return migration of New Zealanders seeking refuge from disastrous Covid-19 responses and conditions overseas and the corresponding inability of Kiwis to migrate overseas for the same reasons. The pressures these factors will place on the domestic political space can only be to amplify these pre-existing conditions and create ever-greater urgency to address them in the near term.

These policy issues, of course, begin to link up with a domestic policy. Just what impact this overwhelming electoral victory will have on the domestic front, is somewhat more difficult to say. Despite being able to rule outright with an estimated 64 seats (out of 120 in the House of Representatives), early signs are that Labour will seek a coalition of some sort with the New Zealand Green Party. The Green Party made a very strong showing in this election and avoided the typical fate of coalition partners (or technically, those with agreements of any sort with the major governing party) and picked up seats in this past election, including the important seat representing central Auckland, New Zealand’s largest and most cosmopolitan city. There is hope, amongst those on the left, that such an agreement might help nudge the policy agenda to the left and somewhat away from the direction set forth in Labour’s election manifesto and public pronouncements. This would include new taxes on high incomes, a position salivated over by many on the left but abandoned, at least publicly, by a Labour party focused on capturing that often hard to pinpoint but theoretically ever-present middle voter. It is unlikely these voters would enthusiastically welcome a sudden leftward pivot—one that might actually be able to ameliorate the poverty experienced by children, to address the ever-shrinking pool of affordable housing or other matters of pressing national concern. Pushing forward such positions as these might well create the opening a chastened National Party would need to pick itself up off the mat and return to its historic position as the competent manager of New Zealand’s prosperity. Jacinda Arden’s electoral victory was historic. The question moving forward is whether and how she will continue to make history or if she will become a victim of it.