India-EU FTA: An Idea Whose Time Has Come 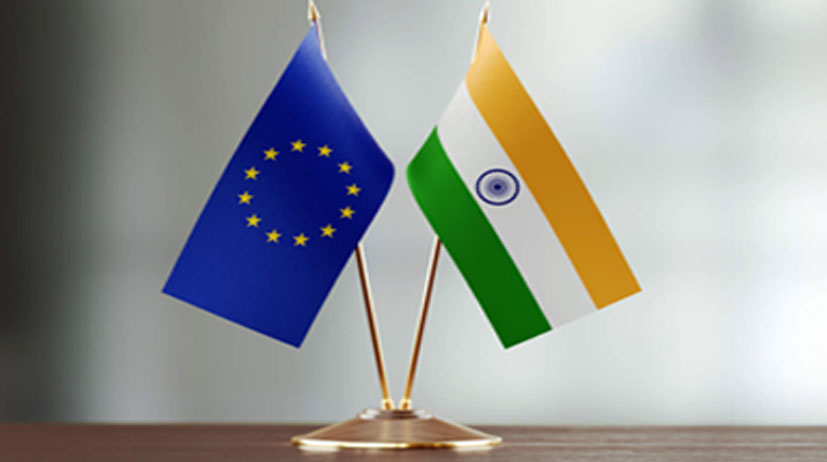 The predictions have turned into reality. The whole world, well at least the majority of the world is going through a severe economic contraction of different magnitude (Figure 1) as the outcome of the Covid-19 pandemic. Unfortunately, India is becoming one of the worst affected a country both in terms of the spread of the virus and the economic impact of it. Indian GDP has contracted by 24% in Q1 2020 and the virus already infecting five million people with 90000+ cases every day.

The EU GDP has also seen a sharp fall of -11.7% whereas the spread of infection has slowed down considerably but these are still early days and there could be a second wave of the pandemic. The world economy got severely impacted due to the pandemic with no cure or vaccine in sight in near future, every economy is trying to find a way to mitigate this crisis. In the present situation, it will be most appropriate for both India and the EU to come together and fight the pandemic and economic crisis by supporting each other. So far the story is of a glass half full and half empty. In the last decade, trade in goods between the EU and India increased by an impressive 72 percent. Before the pandemic started, India was the eleventh largest partner for EU exports of goods (2%) and the tenth-largest partner for the EU imports of goods (2%) in  2019. The EU was India’s largest trading partner, accounting for €92 billion worth of trade in goods in 2018 or 12.9% of total Indian trade, ahead of China (10.9%) and the USA (10.1%) (Figure 2)

Also, India is the 4th largest service exporter to the EU and the 6th largest destination for EU services exports (Figure 3).

Notwithstanding these impressive numbers, it is still far from its true potential. Both India and EU can take their economic relationship to next level.

The Elusive FTA: India and the EU began negotiations on abroad-based BTIA in 2007. Unfortunately, even after 16 rounds of talks, the negotiations have not reached its logical conclusion. The talks collapsed in2013 as both sides failed to converge over some key issues like intellectual property rights, duty cut in automobile and spirits, and liberal visa regime and since then no meaningful dialogue has happened between the two parties. Luckily better sense prevailed and they agreed to resume summit-level talks. The fifteenth India-EU Summit was held virtually on 15th July 2020 represented by top leadership on both sides. India’s side was represented by Prime Minister Narendra Modi and the European Union (EU) was represented by the President of the European Council – Mr Charles Michel and the President of the European Commission – Ms Ursula von der Leyen. The talks culminated with the adoption of The EU-India Strategic Partnership: Roadmap to 2025 to guide India-EU future cooperation.  Leaders from both sides agreed to enhance the trade and investment ties as a part of economic recovery post-COVID-19. Unfortunately, even in this summit, there was no time limit set for BTIA but both the sides have agreed that the two ministers mandated to talk the discussions forward should meet as early as possible. The summit has at least set the ball rolling once again which was stalled after 2013.

The Road Ahead: Even before the COVID-19 pandemic started both Indian and the EU economies were in the slowdown phase and now both are well and truly in recession clocking -23.9% and -11% GDP growth rate respectively for the last quarter. The dynamics of geo-economics has altered significantly due to the pandemic and both parties need to adjust their expectations accordingly. Earlier, the EU was having IPR issues especially related to the Indian pharmaceutical industry but this pandemic has shown that even the developed nations need the supply of medicine produced by Indian companies, the Visa restrictions on labour movement should be curtailed as the EU may be requiring more medical and IT professional to combat this pandemic. Similarly, India needs to give market access to European firms so that they can provide much-needed capital and technology especially in the area of Defence, medical technology, space and nuclear research etc. It is also important for India to realize the importance of much-needed capital and technology that will help us to integrate into the value chains of European companies. Though we are talking about ‘Atmanirbhar Bharat’ but the economic cooperation between India and the EU fits well with the Make in India programme of the Government of India. This pandemic has destroyed both life and livelihoods but as they say that any crisis also gives birth to new opportunities. India and the EU both shared common democratic values, respect for rules and peaceful coexistence of all the nations. The EU cannot ignore India, the second largest country and the fifth-largest economy in the world similarly India also cannot ignore the EU the biggest group of developed countries and a peace-loving continent which still believes in globalisation and multilateralism.