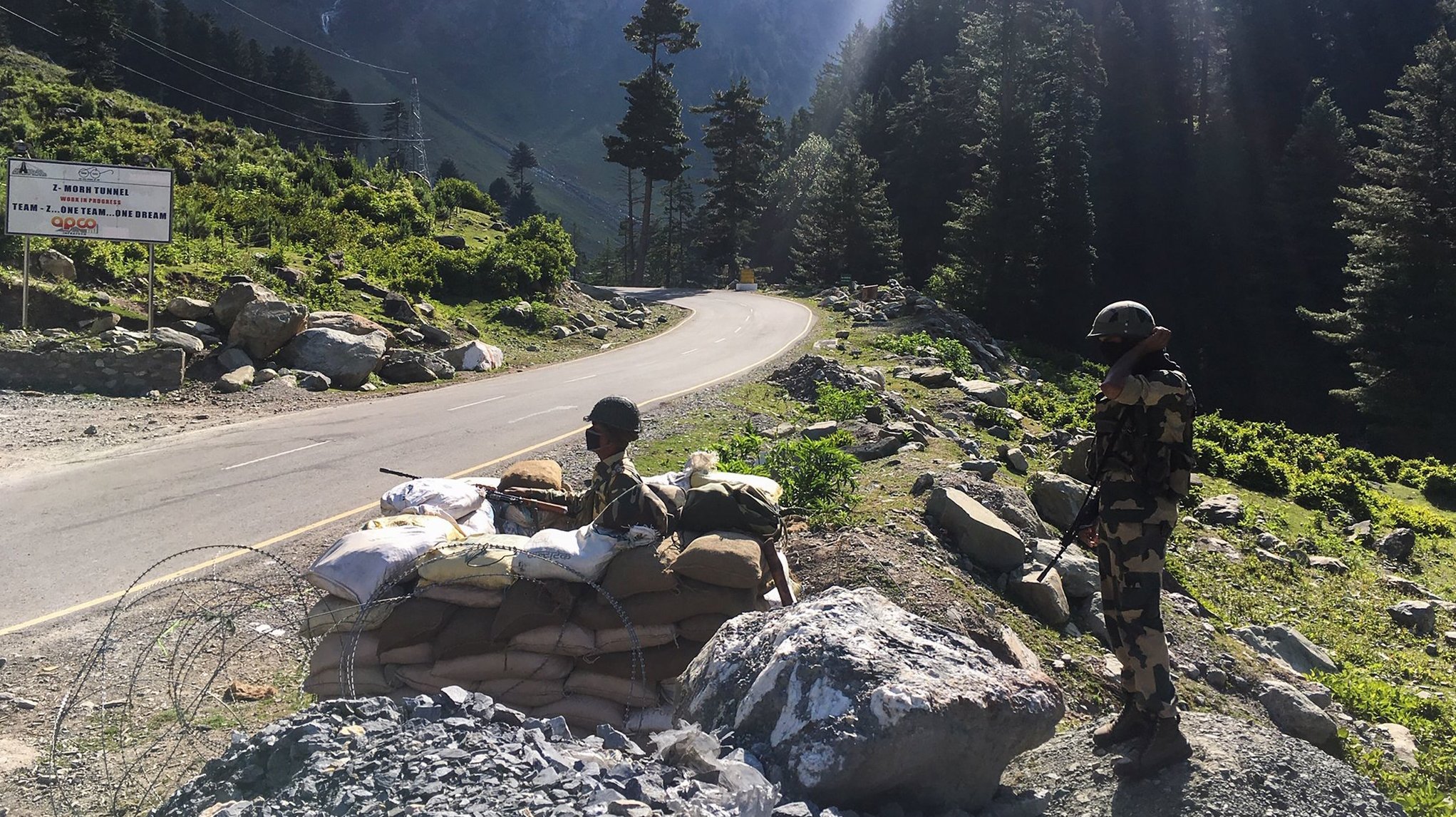 After decades of trying to resolve the India-China boundary dispute with much of land-grabbing, obfuscation, lying, dishonouring of agreements and thousands of intrusions for over half a century by Peoples Liberation Army (PLA), China pulled a rabbit out of the hat by reportedly asserting that India should adhere to the Line of Actual Control (LAC) of 1959. And shortly thereafter, made a cartographic claim on Ladakh, after suffering much frustration over its changed status as Union Territory.

India’s Ministry of External Affairs responded to the LAC claim by stating, “India has never accepted the so-called unilaterally defined 1959 Line of Actual Control (LAC). This position has been consistent and well known, including to the Chinese side”.

And this 1959 assertion being aired after two unprecedented and very rude shocks since the nights of 15-16 June and 29-30 August also indicates the frustration that the Chinese Communist Party (CPC) and Peoples Liberation Army (PLA) combo is suffering from.

Having conveniently never declared its claim lines, China finds it convenient to so far never doing anything to meaningfully resolve the border dispute but continuing the charade of talks while being quite ambiguous. China’s reassertion of the 1959 LAC creates ambiguity by relying on a disjointed line which cannot be physically defined on the ground and adds to uncertainty due to an irrational approach. And lies, deceit and ‘dadagiri’ (bullying) is part of the CPC-PLA combo’s very philosophy.

As India’s actual history has not yet been taught, all Indians should know that tracts of Indian territory were grabbed by China for about seven decades of New Delhi allowing that to happen. It should also be known that till 2014, the Indian Army was conditioned to be reactive on our borders, not utilising its full capability, as well as not using the capabilities of the Navy and the Air Force to respond effectively against a very deceitful, devious and perpetually land-hungry bully of an adversary like China.

Aksai Chin was grabbed in 1962. Tia Pangnak and Chabji Valley were grabbed in 2008, Doom Valley in 2009, Demzok in 2012 and Raki Nula in 2013. PLA’s aim of appropriating land in Doklam succeeded partially, albeit after the 73-day stand-off. And now in 2020, as per China’s plan of consolidating military aims after contaminating and crippling the economies of the whole world with the Wuhan virus, PLA failed in its attempts to grab parts of Lipulekh, Pangong Tso and Galwan.

It is relevant to refer to Yun Sun, Director of the China Program at the Stimson Center, who made interesting observations in his article, China’s Strategic Assessment Of The Ladakh Clash, in War on the Rocks, dated June 19, 2020.

He observes that China and India have three sectors in their border disputes, the eastern (90,000 sq km in Arunachal), the middle (near Nepal), and the western (33,000 sq km in Aksai Chin/Ladakh), which have resulted in at least one war, in 1962 in the eastern and western sectors and numerous confrontations and standoffs since then. He elaborates: “The situation with the eastern and western sectors is particularly dire for China. The eastern sector — the Indian state of Arunachal Pradesh (which the Chinese ambassador to India claimed to be Chinese territory in 2006 ) — includes the Tawang district, the birthplace of the 6th Dalai Lama. Any acknowledgment of Indian sovereignty over it will undermine China’s sovereignty over Tibet, as this would imply the Dalai Lama is Indian. The western sector — Aksai Chin — offers the only direct road connection (National Highway G219) between China’s Xinjiang Uyghur Autonomous Region and the Tibet Autonomous Region. In the event of major unrest in either area, which is home to millions of ethnic minorities, China will have to rely on G219 for access. Losing Aksai Chin, in other words, would jeopardize the stability of China’s entire western frontier.”

In 1967 in Sikkim and in Eastern Ladakh since mid- 2020, it got proved to CPC- PLA combo how hard-hitting the Indian Army can be. It is now absolutely essential for Indian armed forces to be well and sufficiently equipped. And that is actually happening at a fair pace since September 2020 at least.

The Chinese have been livid at India’s long-overdue strategic infrastructure development, as also with its speed and timing. The Atal Tunnel at the mighty Rohtang Pass and the 44 bridges, of up to almost half a km length, were completed by September-October 2020 in J&K (10), Ladakh (08), Himachal Pradesh (02), Punjab (04), Uttarakhand (08), Arunachal Pradesh (08) and Sikkim (04), 28 bridges were completed in 2019 and over 100 bridges are currently under construction, with half of them completed. Also in 2019, the 255 km long Darbuk- Shyok-Daulat Beg Oldie high-quality road was completed. And now it turns out that J&K and Ladakh becoming union territories is also causing the dragon much heartburn. It also emerges that China has now questioned India’s decision to make Ladakh a union territory and has added Ladakh as a claim just like Arunachal Pradesh. And thereby as “disputed” territories, there should be no construction there. “Dadagiri” (bullying) yet again. The major difference this time is 15-16 June and 29-30 August 2020 and unprecedented build-up by the Indian Army and Air Force in Eastern Ladakh. Had these three developments not happened, China would have done much more including waging another war on India. The Indian soldiers’ counter-attack without firearms and even with bare hands as well as the Indian Army’s speedy and surprise occupation of commanding heights on the South bank of Pangong Tso has shaken them. It is also a loss of face which is going to keep smouldering the CPC-PLA  combo’s psyche.

Yun Sun further observes that since 2016, China significantly building up infrastructure on its side of the border “dovetails with China’s Belt and Road Initiative, President Xi Jinping’s flagship foreign policy initiative involving the use of global infrastructure development to expand Chinese influence. Road construction toward India is listed as one of the five priority areas (others being North Korea, Myanmar, Russia, and Mongolia) stipulated in the 13th Five Year Plan in line with this campaign. However, given the border disputes, road construction in India’s direction has inevitably run into problems. The infrastructure development that led to the 2017 Doklam standoff also originated from the same mandate”.

Yun Sun also writes: “China’s Three Nos: No Indian Posts, No Clarification of the Line of Actual Control, and No Hurry….Privately, the Chinese see Indian infrastructure development in the area from which China withdrew after the 1962 war as a consistent and repeated effort by Delhi that “needs to be corrected every few years.” According to Chinese government analysts that I’ve spoken with, the precondition for China not to enter the 20-kilometer zone from the 1959 LAC (from which it withdrew in 1962) is that India would refrain from entering as well. However, that Chinese position does not appear to be based on Indian agreement. For the Chinese, the infrastructure arms race in the border region has enabled the repeated incursions and changes to the status quo and therefore needs to be stopped. Otherwise, all the things China fought for in the 1962 war would have been in vain”.

The CPC-PLA combo is indeed missing India’s political dispensation since 1947, which not only bent to part with Indian territory but also signed a pact with the Chinese, when Mrs. Sonia Gandhi visited China and further, cooperated in all Chinese ambitions to grab Indian territory.

US Deputy Secretary of State Stephen Biegun during his recent October 2020 India visit referred to China as the “elephant in the room” and said the US was exploring ways to empower India without altering what he called New Delhi’s “strong and proud tradition of strategic autonomy.” In New Delhi for the India-US Forum, he said: “India has a strong and proud tradition of strategic autonomy, and we respect that. We do not seek to change India’s traditions,” he said. “Rather we want to explore how to empower them and India’s ability to defend its own sovereignty and democracy and to advance Indian interests, across the Indo-Pacific region.”

Biegun’s visit followed a meeting a week earlier between US Secretary of State Mike Pompeo and his counterparts from India, Japan and Australia in Tokyo, who together make up the four Indo-Pacific nations known as the Quad. The Quad is seen as a counterweight to China, who critics say is flexing its military muscle in the South China Sea, East China Sea, Taiwan Strait and along its northern border with India.

China is certainly going to be far more unhappy about India joining the quadrilateral/ the US. It certainly prefers India to be on its own as indeed India has always been, so far at least.

The India-China LAC status towards the end of October 2020 is that both armies are in for a freezing winter, which Indian soldiers are well used to, but for their Chinese counterparts in East Ladakh, much extreme cold weather clothing and stores have been ferried.

Whatever PLA’s plans on the LAC may be for 2021, it will have to take into account the Indian Army’s major advantage from the commanding heights south of Pangong Tso.