Russia and the Shanghai Cooperation Organization 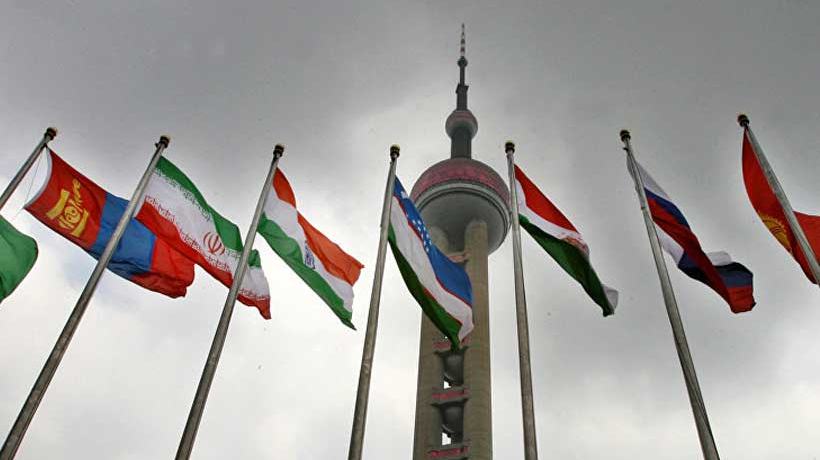 It’s been nearly 20 years since the establishment of the Shanghai Cooperation Organization (SCO) in 2001, which replaced the-then Shanghai Five. Initially, the members were China, Kazakhstan, Kyrgyzstan, Russia, Tajikistan, and Uzbekistan. India and Pakistan attained full membership in 2017. Since then, there were numerous discussions on expanding membership in the annual forums of the organization. In 2020, there has been a major development concerning this issue, as a new format SCO+ has been introduced by Russia. The pilot edition of the forum, proposed by Dmitry Medvedev, Chairman of United Russia, and supported by leaders of the main ruling parliamentary parties of SCO, will bring together more than 1000 delegates from about 50 countries at the level of political parties.

On October 14, 2020, Andrei Klimov, the Deputy Chairman of the Federation Council Committee on International Affairs, announced the first international inter-party forum of the Shanghai Cooperation Organization, SCO+, which will be held from October 21-23 in a virtual format. “We invited our partners to hold for the first time in the history of the international inter-party dimension a large online forum,” Klimov said at a press conference held at the Rossiya Segodnya International Information Agency. The senior lawmaker added that a special digital platform “IIIP2020online” was developed especially for the forum, which would operate simultaneously in Russian, Chinese and English, and can maintain a continuous 42-hour broadcast, taking into account the time zone differences.

The main theme of the event was named “Economy for People”. Within the forum, there will be various thematic platforms dedicated to numerous aspects of supporting green technologies, combating dangerous infectious diseases and their consequences, developing the digital economy and digital technologies in general, socio-economic cooperation between the regions of SCO countries and regional security issues. In addition, an international inter-party expert group will be created at the forum to examine the most important challenges not only the SCO faces but the whole world. It is also expected that the forum will be used to continue international inter-party cooperation, amongst the political parties of the SCO countries, BRICS, partners from the CIS, Asia and Europe.

According to United Russia’s press service, the grand opening of the forum will be held on October 22 with the participation of the chairman of United Russia, Deputy Chairman of the Security Council of the Russian Federation Dmitry Medvedev, who will sum up the discussion platforms of the event at a plenary session. “Ahead of the forum, on October 21, the chairman of the party will hold a series of bilateral meetings, including with the President of the Republic of Serbia, Chairman of the Serbian Progressive Party Aleksandar Vucic, Secretary-General of the African National Congress Elias Sekgobelo Magashule (South Africa) and Chairman of the Mongolian People’s Party, Prime Minister Mongolia Ukhnaagiin Khurelsukh, “the party press service informed.

Initially, Moscow and Chelyabinsk were being considered as the host cities for the forum. However, due to the current pandemic situation, the organizers were forced to conduct it in an online format. According to some Russian sources this event is not within the framework of Russia’s presidency in the SCO. This is a separate event initiated by the ruling United Russia party. Dmitry Medvedev had previously suggested holding an inter-party forum “SCO +”. In July, United Russia hosted an international inter-party round table on security cooperation during the coronavirus pandemic, in which the leaders of the ruling parliamentary parties from Vietnam, Germany, Kazakhstan, Cyprus, China, Serbia, Turkey, Ukraine, South Africa, and Japan took part online, as well as representatives of the Russian Foreign Ministry.

The priority goal of the SCO, in accordance with the SCO Charter, is to promote comprehensive and balanced economic growth, sustainable development in the region on the basis of equal partnership in order to improve the living conditions of the peoples of the member states. Under the chairmanship of the Russian side, an Action Plan for 2021-2025 is being developed to implement the Development Strategy of the Shanghai Cooperation Organization until 2025, which is planned to be adopted at the upcoming SCO summit on 10 November, which will also be held in an online format. This document is also aimed at establishing cooperation in the field of poverty alleviation.

Two days back, during the 18th meeting of the Prosecutors General of the SCO member states, also held in the format of a video conference, it was decided to actively expand cooperation with the prosecutors’ offices of the observer states and dialogue partners of the organization, as well as interaction with specialized structures of regional and universal international organizations on the fight against corruption and the recovery of assets obtained from corruption acts. It was also agreed to promote cooperation between anti-corruption agencies of the SCO member states, and conduct bilateral and multilateral events on the prevention and fight against corruption.

The video-conference of the first international inter-party forum SCO+ can be accessed from here.