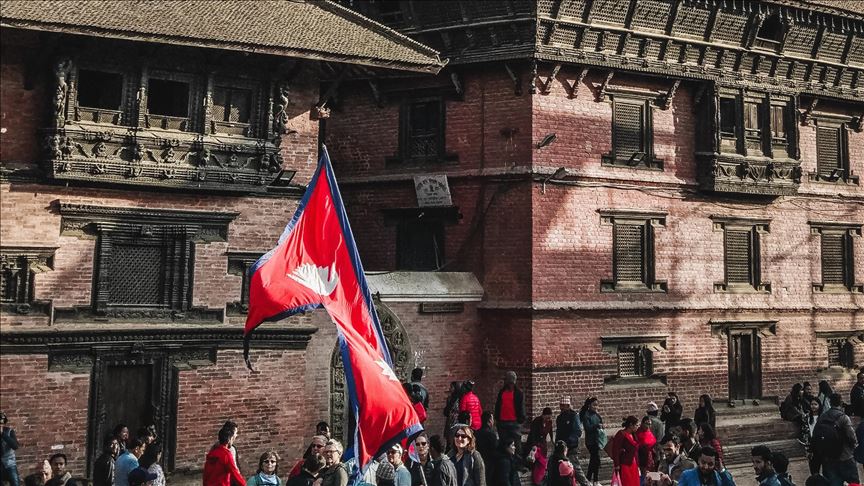 M. R. Josse had come again yet with another publication about the verses of geopolitical grammar during the global pandemic in 2020. A doyen scribe in foreign policy, diplomacy and geopolitics, this collection of articles on the column entitled “Geopolitically Speaking” comprises 12 analytical write-ups during the lockdown period of COVID 19 Era. In addition to this compilation, there are two informative pieces of essays claimed to be enriching geopolitical discourse that was contemplated in the past contributions. An avid writer on the perspectives of international politics from the Nepali worldview, Josse talks on the state of geopolitical affairs, its provocation, challenge to abrogate Nepal-India open border, five decades of India’s foreign policy, Sino-American thaw, India’s China policy in question, history of India’s hegemony, realpolitik and disinformation in a geopolitical riddle, dangerous brinkmanship in the Himalayan playground, India’s obsession on the grandeur, nuke affairs since 1998, grappling the world in disorder, King Birendra’s symbolic and solemn China visit in 1976 and China’s entry into the SAARC.

Global public health crises have onset multifaceted challenges in geopolitics. Its ramifications are tremendous in the world order and politics in the region and beyond. This pandemic episode is unveiling change in the global order gradually and simultaneously affects every domain in human society Josse opines. The 1956 Suez moment when the British power descended towards the end of great power in international politics, Josse thinks America may follow suit this nemesis. If reckless and careless responses of America would expose its inadequate pronged strategic action in tackling pandemic health emergency. America’s ineptitude and incompetency is marked not by its superpower hubris but by an effete and weak in coping with such global threats in the 21st century. On the other hand, the EU was no exception for its possessiveness, Josse notes. China where COVID 19 deadly virus originated had conducted health diplomacy to needy European countries and the Non-West.

EU remained a perfect supranational project and concept. But the national sovereignty saw the re-advent in domestic political praxis when France and Germany refused to support health equipment when both European powers had in stock to needy European countries, Josse quotes. China became a friend and not a rival or arch enemy to many. This ephemeral phenomenon of pandemic crisis fostered cooperation and brought new solidarity, opportunity and rapport. In this dire situation, Josse views China acted as a responsible power by extending assistance in this pandemic anxiety. Thus geopolitical order of India and China tilts in favor of the latter. China would supplant America’s primacy by evincing its assertiveness in the United Nations and international organizations. In the offing, substantial goodwill and cordial demeanor could alter the balance of power politics. Josse reviews when the geography avenges in the ebb and flow of world history quipping the only “proverbial tip of the iceberg.”

Josse cites from Robert D. Kaplan’s opus of The Revenge of Geography who calls a natural frontier instead of man-made border’s has relevance that bears testimony to any country’s vulnerability. For example, the Korean Demilitarized Zone (DMZ) and the Berlin Wall and arbitrary division of the same breed in the world theatre. Josse mentions Hans J. Morgenthau’s belief, that in democracy too, foreign policy is not necessarily enlightened when ethics are being compromised. Realism is bedrocks of geopolitics and its determinants are strategy – political and military. Geographical location determines the power of a country and to understand its impulses one can start with the European Hemisphere. The EU unifies the geographical version of liberal humanism that merges plural nation-state sovereignty. Josse cites insecurity is the quintessence of the Russian national emotion in geopolitics. The immutable laws of geography witness the battle of ideas, democracy, liberty and spiritual intent. These are basics of nation-state even rather than geography.

China expands its territorial influences through commerce instead of coercion. According to Kaplan, India’s geopolitics is highly unstable when Pakistan, Bangladesh and Nepal sap its political energy and political strength. America’s prolonged and graceful exit from history as a hegemonic addressing three main geopolitical dilemmas – the Middle East, China’s peaceful rise and immigrants from Mexico, Central America and South America that pressures on its demography. Josse’s concern of laxity in the open border to the south of Nepal has high chances of the exponential growth of COVID cases, illicit activities, subversive and criminal elements, human trafficking, etc. An analogy of US-Canada and US-Mexico frontier policy and the EU’s hyped free movement of its people can provide lessons to Nepal’s border policy. So Josse advocates to scrap open border is urgent and need “no further soft-soaping, obsequious hand-cringing, or lame excuse.”

Josse talks on 50 years of India’s foreign policy based on former Indian Foreign Secretary J. N. Dixit’s book Across Border. But Josse has not done Dixit’s review clearly in his statements. A pith of India’s foreign policy is self-righteous, moralistic rhetoric instead of sanguine and progressive vision it is opined. Furthermore, Josse analyzes America in contrast to China has triumphed this time in pandemic too in great power concerns. It is a trade and not aid that spurs economic growth. In Africa harnessing prosperity in growth potential happens from prime investment or development of infrastructure. It gives impetus to realize this crucial emphasis on Chinese economic strategy. Analysts cite Sri Lankan situation and Malaysia’s renegotiation on BRI signature that America’s aid to the 2004 Tsunami in Indonesia and China’s help in 2020 Pandemic witness the stark comparison, a reversed approach. America’s superiority and unwillingness to relent global roles, interests and responsibility to China even when many countries want to do business with it has an unstoppable desire. Post-war international organizations are the battleground of tomorrow’s America-China rivalry. In the meantime, China contained the pandemic at home turf and extended help to stem it in the world. Josse points out whether America is a failed state with “chronic ills of a corrupt political will, sclerotic bureaucracy, a heartless economy, a divided and distracted public.” Citing George Packer in The Atlantic Monthly tabloid, India is said to be envious of China on the matter of handling of the pandemic when one-party communist state against underlining of democracy.

However, the pandemic challenged the conceit of American exceptionalism – “an unmatched power, brazen ambition and aspirations through the arc of history (p. 35).” Josse’s sagacious advice for Nepal is not to take sides aligned with either America or China that looms clearly. Nepal must remain non-aligned in any camouflaged anti-China stratagems (p. 38).” India can shift China policy by engaging on a multilateral basis with great powers, continents and trading blocs. Anti-China wave, India’s perception and misperception, America’s domestic political polarization is touchy in international relations in 2020.

Verbosity is Josse’s art of writing. A layperson and expert cannot find coherence in connecting well the ideas or their coordination. Some citations are valid and others capricious swings of emotions and reasons. His modest policy recommendation to maintain a judicious, aloof and meticulous policy crafting that answered my earlier questions in a review of a new release in early 2020 publication.  A peep into the history of territorial annexations of doubtful validity of puny states or enclaves inside India like Hyderabad et al in post-Independent India is epigrammatic of remembering the past to understand the present. India’s takeover of Goa, and China’s capture of Macau and Hong Kong starkly differ in coercive and persuasive approaches. Erratic, disarray and whimsical power politics define the unstable mindsets perpetuated by human nature in Indian aggression Josse insinuates.

Sikkim saga is consternation to Nepali pundits. But its analogy with Nepal differs on the quality of sovereignty or eternal claims of its freedom and independence of being uncolonized eternally. It is incomprehensible why Josse says India needs to mull the erstwhile USSR’s fate when its overstretch and “went bust competing with America.” Geopolitics, realpolitik, and dezinformatsiya, a Russian word for disinformation, Josse alleges the culminating regime change in Nepal in the past 15 years and Indian media blitzkrieg on labeling Nepal-China-Pakistan collusion on anti-India temperament. American posture on India’s strategic anxiety revealed an uncommon tactical overture. Recent map-making endorsed unanimously by the Nepali Parliament is applausive but it is not a sufficient step. Nepal should opt for the Plan B out of box measures overriding national interests over partisan benefits and forging security cooperation outside political society.

India’s grandeur is contested even with the American supporter of non-status quoits great power, a staunch supporter of multilateral world order and advocate of veto power in the permanent membership of the United Nations Security Council reform. Its disruptive quest of grandeur in the aftermath of nuke tests in May 1998 had an impact on the balance of power politics and atomic peace politics. In addition to these geopolitical issues, King Birendra’s visit to Chengdu, Sichuan Province and Tibet wherein the only foreign Nepali Consulate exists and exhibits Nepal’s traditional ties with China. China’s entry into the SAARC expedition is uneasy when cynics and skeptics are alike the staunch supporters in the South Asian regional ensemble that can transform future geo-economics. Overall book’s prose is similar to his earlier writing skills but it can assist the budding talents of Nepal in pursuit of vocation in geopolitics.