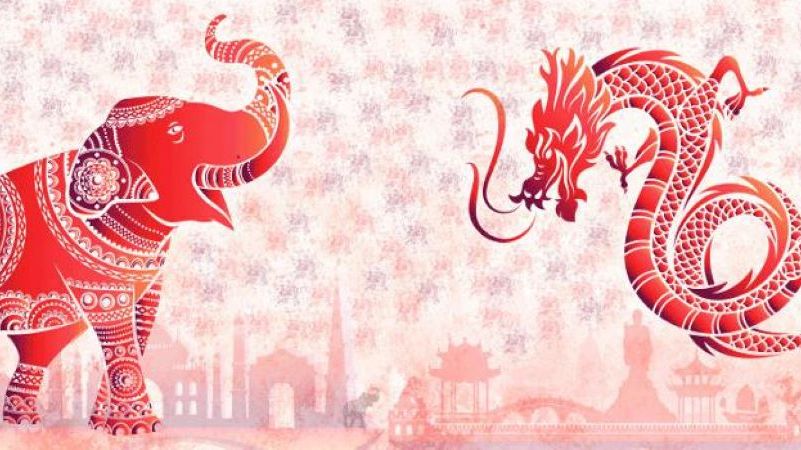 It was in 1954, post-signing the Panchsheel agreement that India’s foreign policy finally underwent a major shift from idealism to realism due to security pressures from the international and regional systems. The Republic of India initially did not attach significance to military capabilities; however, border skirmishes and nuclear proliferation drove the nation in adopting a realist approach by focusing upon matters concerning national security. As a result, the reign of idealism ceased to exist in India’s foreign policy. Realism in Indian Foreign Policy has been apparent in certain instances which dwells deeper into the shift that one may observe in the current times. The Battle of Kashmir and the consequent four wars against Pakistan combined with the early nuclear policy of the country, which was rather distinctive and dependent on the role of science in modernity, paved the way for realism as a governing concept. India then displayed its ‘sense’ of realism time and again while confronting numerous issues in the political sphere prompting the adoption of a realist approach which is currently observed through military realism, multi alignment and India’s power asymmetry with China.

India’s Military Realism in the neighbourhood

Realists put military power at the centre of their theory; be it as a defensive strategy for survival or an offensive strategy for power maximization, as a means to an end or as an end in itself. Power is important but the most important power of all, as per most realists is hard power. India, striving to be a great power, needs to match its aspiration with practical military strength. It is not only a matter of status but also of survival. It has had a history of violent territorial conflicts with its neighbours, specifically China and Pakistan with due diligence in occasional skirmishes, the latest being the Galwan Valley debacle. Consequently, India has acquired the combined power of nuclear, missile, and conventional arms along with infrastructural support such as the strategic roads in Ladakh to improve the military’s movements in sensitive areas to complement the military build-up across India’s northern borders.

Military strength has helped India acquire the status of a regional hegemon in South Asia and acts as a significant unit in today’s multipolar world. Due to the unpredictability and transitory nature of the border with China and Pakistan, India has invested heavily in border security and infrastructure. It has also entered into bilateral defence deals with various powers, notable amongst them being the United States of America (USA), Russia, Israel, and France; with the recent arrival of French Rafale jet planes bearing witness to India’s strategic partnership. Being the second-largest arms importer, India is dependent on foreign technology making itself vulnerable in the defence sector and susceptible to foreign influence. Thus, in an attempt to counter this asymmetry, India has sought to develop indigenous capacities such as hypersonic missiles by the DRDO to enhance indigenous innovations to pave the way for future exports and defence engagements in its neighbourhood. Similar to the land border to the North, the sea border to the South is also an arena of power struggle. India carries out several naval exercises in its waters to deter China’s growing influence in the Indian Ocean region. This evidences India’s engagements in military drills (Exercise Milan), Quadrilateral (QUAD) Security Dialogue and bilateral logistics agreements with QUAD members, France, Singapore, South Korea, and an upcoming agreement with UK and Russia.

Adhering to its policy of ‘no first use’ in case of nuclear weapons, India though heavily reliant on military power is smart when it comes to timing and dosage as though adapting itself to the anarchical structure laid out by Kenneth Waltz. By wielding diplomacy to diminish border tensions, India showcases a nuanced understanding of military realism. Under the aegis of Dr. Subrahmanyam Jaishankar, an experienced diplomat selected on the basis of meritocracy to be India’s first External Affairs Minister upholds practical realist policies to wield the balance of power while accepting tactical compromises for strategic gain in the anarchical international system. This coupled with India’s other stalwarts such as Prime Minister Narendra Modi, Defence Minister Rajnath Singh and National Security Advisor Ajit Doval have been instrumental in rebranding India’s posture militarily and overtly supporting USA-led policies in the Indo-Pacific to adapt itself to the emerging structure currently modelled in the Indo-Pacific through the lens of realism as propagated by Kenneth Waltz.

As COVID-19 engages the world in a tussle between power and morality, E. H. Carr’s work signifies a moral vision of world politics revolving around the idea of progressive change. India belongs to the category of ‘have nots’ as per Carr seeking to steadily improve its position through multilateral negotiations and territorial bargains.

Carr had outlined the importance of diplomacy and compromise between the status quo and revisionist powers to address the challenges of the international system. India recognises the need for structural change in the international system to create a cohesive international society. This underpins India’s philosophy of ‘Vasudhaiva Kutumbakam’ to capitalize on the synergies emanating from the multiple poles of power in a dysfunctional year. India’s aspiration towards NORMS (New Orientation for a Multilateral System) has raised the ante for consensus in principle and practice on issues such as cross-border terrorism, climate change, vaccine development, for instance. The Coalition on Disaster Resilient Infrastructure, International Solar Alliance, QUAD, multilateral and plurilateral engagements in disaster diplomacy, vaccine development and medical aid while supporting the efforts of the Financial Action Task Force (FATF) to coerce Pakistan on regulating terrorist activities showcases India’s realist pragmatism in using the multilateral and regional forums to advocate for common norms. Hence, developing the wherewithal in political, economic and military spheres is India’s real challenge which India seeks to rectify through its multi-alignment strategy.

Carr had stressed upon the importance of multinational and regional organizations to coordinate policies and sustain a commitment to social justice, a trajectory seen in India’s pursuance of ‘strategic autonomy’ being a participant of various regional groupings. India’s invitation to G-7, QUAD and D-10 frameworks while being an active participant of Bay of Bengal Initiative for Multi-Sectoral Technical and Economic Cooperation (BIMSTEC), SCO, RIC and BRICS indicate India’s geopolitical standing in the international state of affairs. India’s membership in these USA-exclusive forums indicates India’s aspirations to be a leader of the Global South while attempting to maintain the balance of power with China. This is further evident in India’s development partnerships and aid programs in South Asia, Africa, Central Asia and the Association of Southeast Asian Nations (ASEAN) countries to be at par with China’s Belt and Road initiative. Carr had opinionated that realism without utopianism could descend into a cynical realpolitik by emphasizing upon the prospects of power as the necessary element to gain political clout. Hence, Aatmanirbhar Bharat encapsulates India’s prowess in reinvigorating its economy, building capacities and upskilling its demography through TSDSI’s Radio Interface Technology to provide 5G, production-linked incentives, Supply Chain Resilience Initiative, agriculture, land, labour and education reforms. Bringing health and technology under the national security umbrella, India has shed its appeasement policy of China triggering the boycott of Chinese investment, goods and services and promoting indigenous production, procurement and innovation.

India’s instrumentality in rebooting South Asian Association for Regional Cooperation (SAARC) and the continuance of engagement with SAARC countries indicates the pragmatic morality that has been produced by the urgency of power projection in South Asia in the wake of the hedging strategy adopted by SAARC members with China. India has been fracturing its regional outlook through its Act East policy evident through Bangladesh, Bhutan, India, Nepal (BBIN) and BIMSTEC while devising joint cooperation with ASEAN and Japan in the development of North Eastern states of India. As noted by Carr, the primacy of good for the whole does not lie alone on reason, justice or fair play but in conjunction with the power of the state to enforce it. Hence, India’s closeness with the USA enables India to voice out its concerns in the Afghan Peace Process while channelling Afghan-India trade via Pakistan and improving relations with Iran to sustain the Chabahar port project despite US-Iran tensions. As rightly stated by E. H. Carr, “Political thought is itself a form of political action”, India has been attempting to harness the best aspects of two diverging political thoughts viz. utopianism and realism through its age-old device of ‘non-alignment’ refurbished as ‘strategic autonomy’.

Given India’s expanding and developing military capacities and upgraded infrastructure in the Himalayan border zone, this entire contention of ‘an asymmetrical threat perception’ between India and China ought to be taken into account in the light of the recent events. The two military stalemates in 2013 and 2014 during the scheduled visits by  Premier Li Keqiang and President Xi Jinping to India and the following Chinese standoff into the Indian side of the northern border with China in 2017 and 2020 can be interpreted as China’s response to India’s enhancing ties with USA, capacity building and improving infrastructure, reinforcing India’s will to utilize realism and engage with China.

The former Foreign Secretary of India, Dr. S. Jaishankar has been the country’s longest-serving diplomat to China since 2009.  On recalling his experiences with China he is of the view that the challenge for India is “to manage a more powerful neighbour while ensuring its own rise” and “in doing so, there must be an understanding on our part that this search for equilibrium is an infinite process”, thereby emphasizing on the fact that realism should shape India’s China policy. India, hence ought not to be seen simply as a “respondent to China’s tactical changes” but rather evolve itself to provide a well-established strategic response rooted in realism. In order to contemplate Chinese ‘overt and covert’ objectives, India’s response seems to be aligned with the six principles invoked by Hans J. Morgenthau as it defines its national interests in terms of national power showcased through QUAD engagements and Aatmanirbhar Bharat.

These principles are further reflected in India’s prowess in technology, power equipment, rail infrastructure, education, space, pharmaceuticals and vaccine development that has been stimulated to rival China and ensure a bargaining chip in India’s quest for equilibrium with China. This quest for equilibrium has come with its own sets of challenges currently plaguing India’s economy with a negative Gross Domestic Product (GDP) as compared to the other Group of Twenty (G20) economies. As India scrambles its resources to keep its threat perceptiveness of China alive by investing more in defence procurement and product import restrictions, India’s ideology of strategic autonomy has come to haunt its executive pillar which has been vocal through rhetoric, televised appearances and ministerial-level meetings to underscore India’s public sentiment. By wielding diplomacy as a device of power management, the military-level talks currently underway between China and India over the border dispute reflects accommodation on one hand while the time-frame of these talks have surely underscored the decisive stubbornness of both sides to escalate the dispute.

Thus, ‘India’ under the Nehruvian administration sought after a foreign policy of idealism based on ‘moral’ and ‘idealistic’ approaches. However, the transpiration of regional and global events in the twenty-first century has reshaped India’s multi-vector foreign policy by acquiring a tone of realism under the Modi administration towards projecting India as an emerging world power by means of rhetoric, diplomacy, market power and strategic partnerships. As India’s experience of realism had already been ignited post the Uri attack and Pulwama attack with respect to Pakistan; the Chinese confrontation has merely added fuel to the ‘realist’ fire of India as it seeks to capitalize upon the wave of distrust harboured by the Western democracies against China.

Aswathy Koonampilly
Author is a History Honours student from LSR currently pursuing her Masters in International Studies from Christ (Deemed to be University) Bengaluru, India.