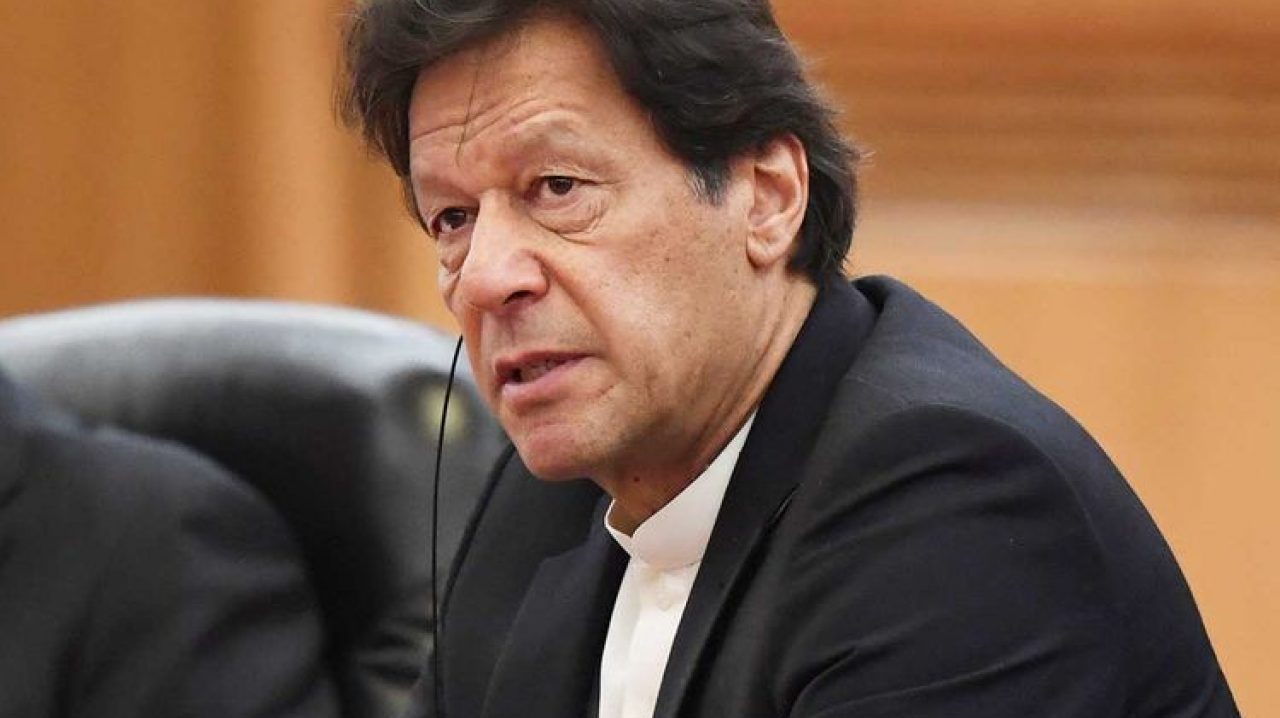 Pakistan leadership lately recognises the monster terror it helped taking route in the sub-continent over past several decades is about to boomerang.

Seems lately Pakistan establishment (both civil and military) recognizes the country’s faultline which can be exploited by its own made terror elements now spread over both in Pakistan and Afghanistan taking advantage of the porous border moment Western Forces left Kabul as per the United States sponsored peace talks.

“Hasty international withdrawal from Afghanistan would be unwise: Pakistan PM Imran Khan”, read TOI headline dated 27.09.2020 quoting The Washington Post op-ed. I don’t know whether Imran’s statement is a surprise bit to many Afghanistan and South Asia watchers since the Union Soviet Socialist Republic (USSR) invasion of the land-locked hapless nation or not, but certainly, it is not a big surprise to this author who had written a column titled “Another Afghanistan in making in South Asia” published on September 02, 2020, in “Outlook Afghanistan” in which I have explicitly claimed that very soon Pakistan is going to be another Afghanistan, latter is a victim of external forces ignited civil war, and has been suffering from this malady for more than four decades, and yet the scope of recovery is far from the distant horizon as the main stake-holders of nation’s peace Afghan’s elected government and Taliban are not on the same league over several issues in the on-going US mediated peace deal, in South Asia whereas the future Pakistan’s Afghan fate as predicted in my above-quoted column is its leadership’s own making.

In 1979, when the Communist-ruled USSR invaded Afghanistan after its decade long experiments of one after another installed puppets as the head of the nation’s government failed to deliver the desired result for the sponsor, India’s arch-rival Pakistan, which was searching for an opportunity to extract developed and influential West’s military assistant and arsenals, and at the same times, wanted to nuclearise itself vis-a-vis nuclearised India in order to take revenge for latter’s direct involvement in Balkanisation of her(Pakistan) in 1971 as well as to snatch only Muslim majority Indian state Kashmir, had seen a blessing in disguise. Similarly, the Cold War-I infected world was not very happy with the USSR invasion of Afghanistan. More to the point, the world opinion too was dead against this invasion. And, naturally, the US-led NATO/Democratic West had suspected in this invasion the Communist USSR’s hidden agenda to expand its lead Warsaw Pact geography to India, and the Arabian Sea region, latter is rich in crude oil that the economic and military Super Power the US was heavily dependent on. The Indo-USSR Friendship Treaty of 1971, and the fact that the USSR’s steadfast backing to India with the dispatch of two groups of cruisers and destroyers and a nuclear submarine to the Bay of Bengal to ward off the threat from already moved Uncle Sam’s aircraft carriers USS Enterprise when India fought the 1971 war with Pakistan, then an ally of the Nixon-The White House (as the US general public opinion was against country’s support to Pakistan, latter’s army was engaged in barbaric rape and murder and human right violation in East Pakistan, now Bangladesh), and won and liberated Bangladesh from brutal Pakistan Military boots, further aggravated the fear of the West.

Literally, during the 1980s, Pakistan blackmailed the West using USSR’s Afghan invasion card in order to build India targeted first Islamic N-arsenal, and the West virtually turned a blind eye when Pakistan went on building N-infrastructure with clandestine technical support from another India’s regional rival China. Apart from N-weapon development, Pakistan went on building Islamic terror infrastructure for use against both Soviet Russia forces in the western border and India on the eastern border with open financial and military supports from the West with prime hidden agenda to fight its arch-rival India through (non-conventional) war i.e. terror using N-arsenal as a protective shield.

Over course of the decade from 1980 to 1990, Pakistan received $5 billion for both development and military assistance from the US. And its military supervised intelligence agency ISI was the nodal agency to develop terror infra and training of Taliban Mujahidin in Pakistan territory to fight the Red Army. Apart from training of Afghan anti-USSR forces, the terror infra was used to train its own anti-Indian forces, who were otherwise christened as ‘non-state actors’ when they were caught indulging in terror activities for Pakistan causes on Indian soil. After the withdrawal of the Red Army from Afghanistan, the US stopped funding to Pakistan till 2001 alleging Pakistan’s N-ambition.

But, 11/9, 2001 Al-Qaeda terror attack on the US targets changed all the calculation of the West regarding South Asia, which gave Pakistan 1979 kind opportunity once again. The military assistance from the US to fight terror started flowing to Pakistan like no other country in the region could provide the kind of military logistic that the latter could provide to former to fight Al-Qaeda flourishing in the Taliban ruled Afghanistan. Between 2001 and 2009, the US sanctioned $9 billion in military assistance both to aid and to reimburse Pakistan for its so-called anti-terror operation in the hilly border terrain in Afghanistan. Another $3.6 billion had funded economic and diplomatic initiatives. But, as reported in Newsweek dated 20.10.2009, “Documented military and civilian government deals with Taliban elements, like a 2004 agreement with Waziri militant leader Nek Mohammed, have confirmed that money intended to fight the Taliban is, in many cases, being used instead to pay them off. (Islamabad is currently battling Taliban fighters in Waziristan.) When the deals fall through, as rapidly shifting alliances in Pakistan’s tribal regions often do, that money ultimately ends up funding the insurgency. US officials have expressed particular concerns about the Pakistani government’s links to the Haqqani network in North Waziristan, which reportedly has ties to Al-Qaeda. At the same time, former president Pervez Musharraf has recently admitted to using US military funding to strengthen defenses against India”. Beyond 2009, another US assistant package of $7.5 billion was approved by the US Congress for five years.

After the 2008 Mumbai 26/11 attack, India has greatly strengthened its border and internal security infrastructure and intelligence gathering making it difficult to India-targeted Pakistan terrorists to cause General Zia-ul-Haq engineered ‘Bleed India with a Thousands Cuts’ in India. As saying goes ‘idle mind devils workshop’, the idle and restless and highly trained Islamic terrorists have been boomeranging on their own masters causing time and again ‘Bleed Pakistan with a Thousands Cuts’ in Pakistan itself. Had Pakistan leadership listened to former US Secretary of State Hillary Clinton’s 2011 warning ‘You can’t keep snakes in your backyard and expect them only to bite your neighbours. You know, eventually, those snakes are going to turn on whoever has them in the backyard’, the situation in Pakistan would not be so desperate now that its PM had to write in The Washington Post op-ed ‘Hasty international withdrawal from Afghanistan would be unwise’ when many civil society activists in South Asia equate Western Forces in Afghanistan as “Occupying Forces”.

Does Imran Khan op-ed is a result of Pakistan’s establishment (both civil and military) late understanding and acknowledgement based on the historical fact that moment international withdrawal takes place in Afghanistan, the Taliban will return to power with a bang like they did in the 1990s? And in the event of that in the neighbourhood with a porous border, belligerent Pakistan terrorists will get an ally they are desperately looking for, and as a corollary to that, they will create terror havoc in pandemic infected bankrupt economy which might lead to civil war necessitating neighbour and the world intervention, which have been the victim of Pakistan origin Islamic terror for several decades? In this given situation, as the saying goes ‘History repeats itself’, the repeat of 1971 may not be ruled out despite Pakistan’s close relation with Xi-China, which like 1971’s Nixon-The White House can only make noise without a boot in ally’s camp.

Enough is enough. Over the decades, Pakistan built covertly India-focused terrorism has not benefited it; rather it pushed the nation to a situation when the entire world looks at it in suspension, age-old friends deserting, the economy is in ICU, and who knows if it would not be victim of the civil war it facilitated in neighbouring Afghanistan which ultimately will necessitate neighbour’s intervention like seen in 1971.