Reconceptualizing Peace in the Post-COVID-19 World 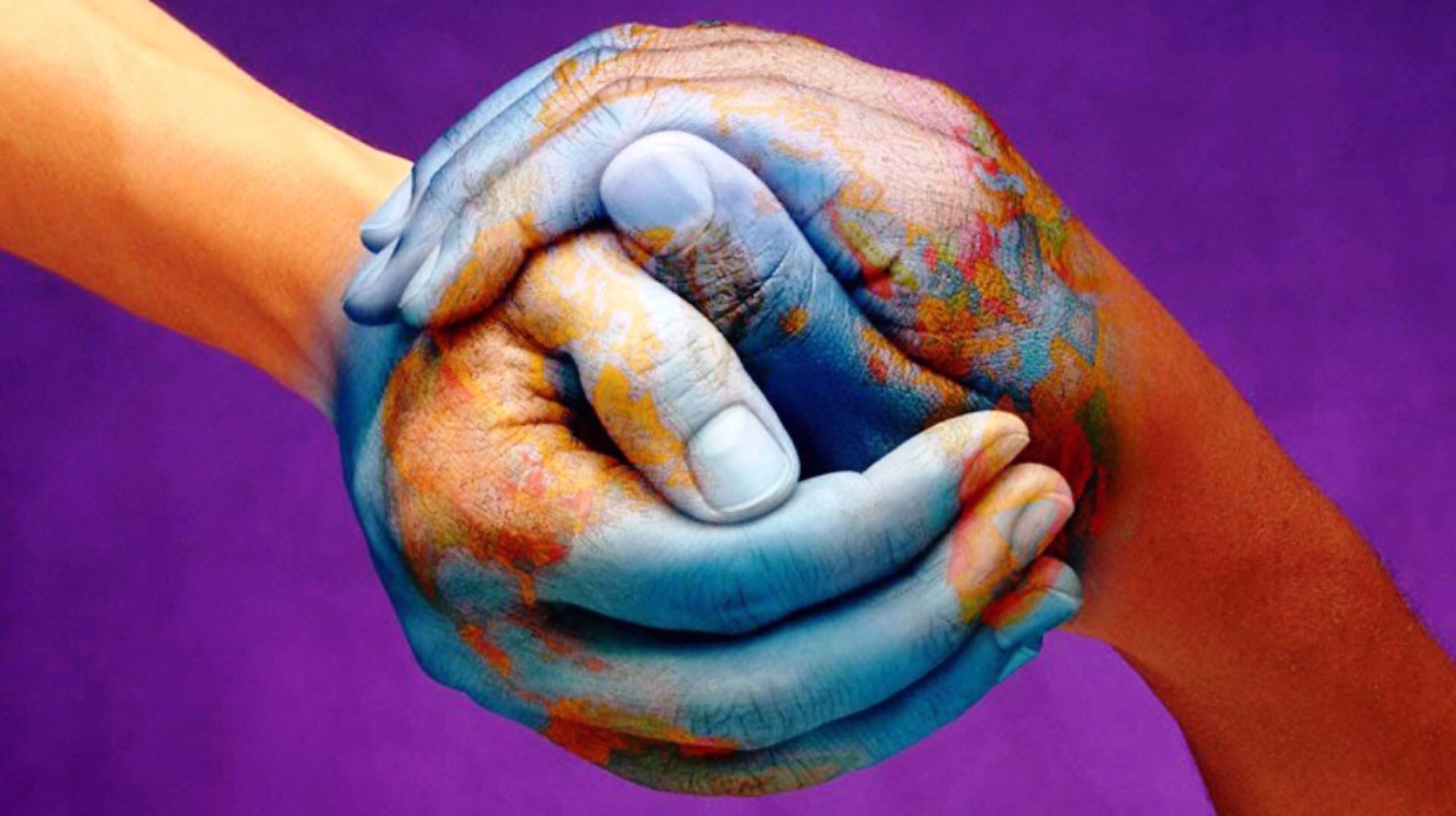 Establishing peace everywhere in the international world is a daunting challenge if it can be achieved amid multiple conflicts. Recently we quietly left behind 21st September, the celebrated world over as the international day of peace. This year due to pandemic situations albeit we expected relative calm, yet various parts of the world are seething with acute unrest, signalling, in turn, the importance of peace negotiations to put in place from the backburner slot of hibernation. But in approaching the point at issue, the initial Achilles’ heel that crops up is in the form of what peace are we talking about, in which context and by what means. These quintessential questions are important to address because peace strategy cannot be decided by any narrow or partisan interest or some manoeuvring tactics of some parties. Even peace cannot be simply the condition of even Super-power intervention because often such interventions, when sought through the UNSC, tend to create policy paralysis. Moreover, the post-Cold War intervention by the Anglo-American force in taming Iraq or other rogue states like Libya was not only a massive failure but it generated another big problem in terms of the refugee crisis and in Europe, it provoked demographic polarization and reactions that still persist.

However, the point we want to put across is not the conventional old-fashioned way of engaging in peace-building simply because it has exhausted its credibility and plausibility. In the traditionally familiar framework of the peace process, we see the old methods that are prevalent, i.e. disarmament, demilitarization, demobilization, mitigation of tensions or de-escalation, etc. Such a mode of peacekeeping is no longer effective in the changed scenario with the need for distinct contrivance and less clout enjoyed by the non-aligned bloc. If we look back a little, we will see that during the Cold War period between USA and USSR, the afore-mentioned strategies have been applied many times to maintain peace. Yet, it may be noted here that sometimes those methods have succeeded, but in many cases, they have not rather failed. This is not just a Cold War story. This is exactly what happened in the aftermath of the Cold War too. Today in the 21st century, even in the midst of the global attack of the Covid-19 virus, the issue of peacekeeping continues to be disrupted. So now on it is obvious to understand that the conventional/traditional methods of maintaining peace are not adequate. Rather, it can be conceded that there must be some flaws in it for which they are not succeeding. Because if the so-called peace-keeping methods were successful, the peacekeeping work would not have been disrupted at least during the dreadful pandemic situation of the Coronavirus today in the international world. Therefore, the current post-pandemic context offers the opportune moment for us to ponder over the issue of peacekeeping with new insights. For, in many cases, it is seen that even if the conflicts of the state are settled through the conventional method of dialogue or bilateral understanding between two states, it will never be permanent peace-keeping. It can be expressed in other words that even if there is peace in a conflicting situation, sometimes it appears to be outwardly or temporary truce or patch-up, which means peace, not in the truest sense of the term. Thereby we find all-pervading anxiety because of several important factors: First, gradually from an identity-based interpretation of “clash of civilization” in the aftermath of the 9/11 attack in which the point of focus was on sub-state actors like insurgent groups like al-Qaeda and Islamic State, we perceive an evolving shift towards the resurrection of threats in which Russia, China, Iran, etc figure prominently. Although such clash of emerging interests are not posing a direct threat to the system and they are being projected as trade disputes or more broadly resource geo-politics (China’s ambitious OBOR versus America’s Indo-Pacific), yet the point to be noted is that such states are persistently trying to play a revisionist role in subverting the international structure. One way of putting such an enormous challenge is to create an invincible sphere of own influence either regionally as Iran is accused of destabilizing the Middle East, and Russia and China are striving hard to encourage forces to rally around an alternative structure somewhat like an empire. China, in particular, has taken resort to “debt diplomacy” to entice the weak links in the system and thus, spreading its tentacles not only into Africa but in a number of South Asian states like Sri Lanka, Bangladesh and also in the South East Asia where it holds clout by virtue of its overwhelming trade connection. So although we speak in laudatory terms of the “rise of China” after “Chinese theoretician Zheng Bijian initiated the discourse on ‘peaceful rise of China’ in 2003”, it is bound to assume a threatening shape in the form of struggle for worldwide hegemony, hence antithetical to world peace.

Second, if we delve deeper we will be able to discover that newer forms of conflicts are related to maritime claims and counter-claims over the right to the sea, ocean resources, etc. like the South China Sea dispute or currently the eastern Mediterranean where Greece and Turkey are at loggerheads. But these issues are not simply bilateral that is to be settled simply by exchanging views across the board or consultations but all these knots are connected to future insecurity like climate change or involve questions of far-reaching implications for multiple parties, their strategic culture and posture taken by respective state parties which create a domain where past history and present competition and agenda of action/compulsion crisscross. So, while we find an amazing chessboard politics which shows the closing of ranks between the US and Vietnam and India in South East Asia on one hand, on the other hand, “Malaysia’s defense concept stresses ‘activist neutrality’, meaning it would refrain from using force” against China as much as possible, that pushes it to “play a sensitive chessboard game by working with China and the US” (refer to the article on Malaysia’s policy toward the South China Sea by Chelsea Anne A et al).

Thirdly, to deepen our understanding let us refer to two cases here, one of Syria where the US objective of regime change failed and the case of Afghanistan where the Taliban regime was toppled to install a new regime although the Hamid Karzai government at Kabul was not pro-western. Both are different but what they share in common is the importance of civil governance, its legitimacy and strong security structure without which life of poor masses especially that of women, aged and children turn into inhuman tragedies of innumerable sufferings. So, it seems that peacebuilding in Afghanistan or Syria is dependent upon many points like power-sharing, adoption of legislation in consonance with the norms of protection of the rights of women, the role of civil society, however inchoate it may be, on which there could be rounds of negotiations both intra-societal and regional.

Yet, if we turn to recent history, we cannot be very optimistic that peace in Afghanistan is around the corner as Bizan in a recent publication aptly observes that during the last four decades there has been no sign of major breakthrough despite repeated attempts at reaching a political settlement. He clearly states that no reconciliation policy “produce any tangible results even though these attempts involved mediation by the UN and Afghanistan neighbours” (Bizan   2020). Dwelling on the paper of Motwani and Bose entitled “Afghanistan: Spoilers’ in the regional security context” Bizan gets to the root of the problem thus:

“Attempts at political settlement and the likelihood for their success were complicated by rivalry among major regional and global powers, the Soviet Union and the US, Pakistan and India, and Saudi Arabia and Iran. These states all aimed to expand and safeguard their influence and interest in Afghanistan.”

Hence we perceive that such peace initiatives must be by rallying together not only international experts or regional powers but it should involve all parties to find out who is helpful or hurtful to the process. That is only possible if such negotiations create a positive expectation, incentive and space of win-win opportunity. It is important to realize that every country or region would not be the same or that in every case they have to uphold the western open market system. Rather, what is important is to ensure a degree of accountability, stability and economic viability rather than moulding every political system after the western plan. Even peace can be achieved within a less democratic structure if the greed of the ruling elite can be limited by some overarching requirement or regional or multilateral pressure. Hence post-settlement order is of extreme importance to ensure that not only the conflict gets subsided but also the parties are relatively relieved.