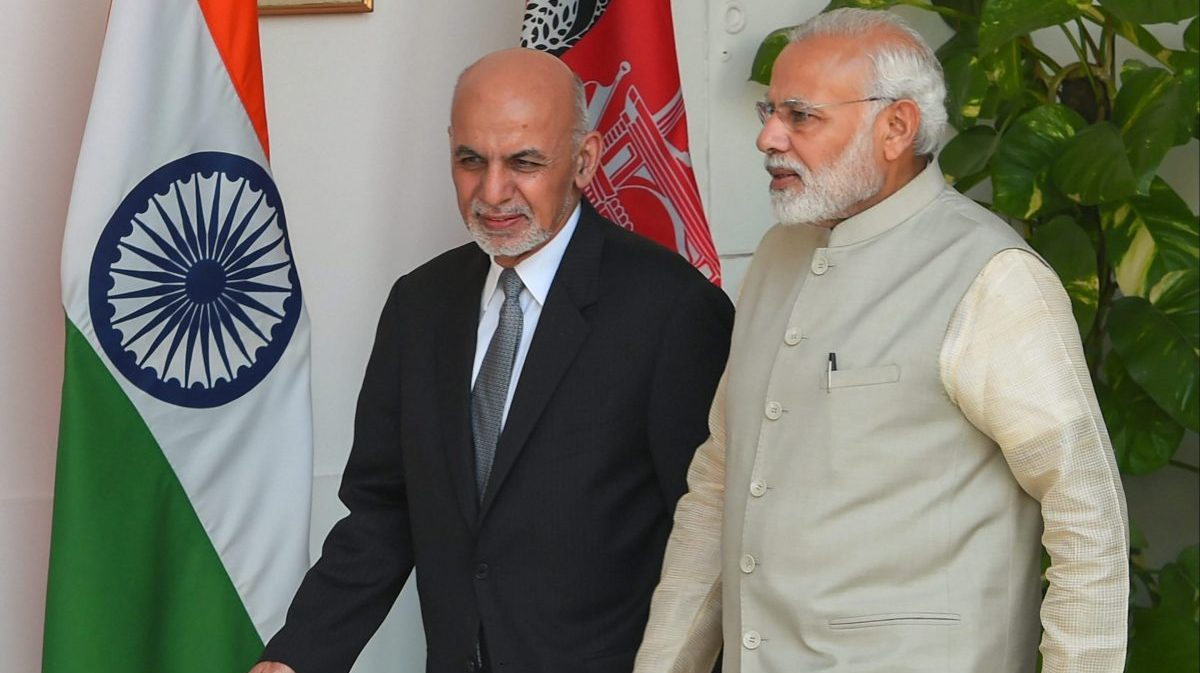 “An Afghan-led, Afghan-owned and Afghan-controlled process for enduring peace and reconciliation in Afghanistan” was the official remarks of Foreign Minister, S. Jaishankar on the peace deal signed between US-Taliban asserting India’s stance of Non-alignment respecting the national sovereignty of Afghanistan.

The Trump administration has successfully signed accord between US-Taliban at its Doha ceremony on September 12. Khalilzad-Baradar pact is a new initiative signed in February this year which has carved a new political roadmap for Afghanistan aiming towards a joint Afghan-Taliban government promoting regional cooperation and long-term mitigation.

In the video conference, Jaishankar recalls the millennia-old relationship shared between Afghanistan and India that has seen so many ups and downs yet retained the healthy dynamics of it. India is a regional ally which has invested in more than 400 development projects. India has given over $3 billion in aid for the development of the country that seems to be relevant as well as cost-effective under present circumstances to facilitate Indo-Afghan economic cooperation. Both the countries are involved in bilateral trade worth $1.5 billion. The beginning of the air freight corridor in 2017 resulted in more than 500 flights and the delivery of 5,000 metric tons of cargo directly helps small traders in Afghanistan.

Doha peace negotiations stressed on the need for mutual cooperation between the national government and the Taliban to end transnational terrorism from the country that will not allow foreign influence to dictate its national policies. Taliban is set to make a comeback in the political mainstream asserting a great influence in the future developments of the country. The exchange of prisoners has already begun along with the retreat of US soldiers from Afghan soil. About 5,000 Taliban prisoners in Afghan jails will be exchanged for the release of 1,000 military personnel under its captivity.

India has to revisit its Foreign Policy in matters related to Afghanistan after the United States’ withdrawal from the central Asian region particularly at a time when the Taliban is set to re-enter Afghan politics. Post peace geopolitics needs a new strategic road map for India that ensures its interest safeguards in war-torn Afghanistan facing multiple issues as well as internal cracks in the Islamic Republic.

Taliban is ideologically leaned towards Pakistan when it comes to South Asian politics in matters such as that of Kashmir. Pakistan is a close ally of the group that India needs to counter diplomatically so as to bridge a political gap if the Taliban-Afghan government comes into power. Failure of political leadership in Afghanistan has seriously impacted its growth so much so that it has been a hindrance in the way of a credible diplomatic tie with neighbouring countries that puts a question mark on the legitimacy of the political class. The internal conflict is seen to resolve by the Ghani- Abdullah agreement that aims at sharing power within the country to promote unity and cooperation. India has a pressing need to broaden its diplomatic strategy and find a healthy equilibrium keeping in mind the three-level of power distribution.

Another worrisome challenge ahead of India is that the Chinese are keen to extend its BRI to Afghanistan in order to access the Gulf, to enhance the China-Pakistan Economic Corridor and to exploit the abundant mineral resources of Afghanistan. China is also in talks with the Taliban in the on-going peace process to make it a key regional partner in the new Afghani government that will assist it with the aim of connecting to Central Asia. Pakistan being an all-weather ally will help to promote the friendly relationship between the two countries. India also needs to tackle Chinese influence on Iran that has been offered huge economic assistance worth $400 billion at a time when it is in serious financial crisis. Thus, India has a mammoth task ahead to make a trustful healthy relationship with the new Afghani government keeping its policy of Non-Alignment alive.

The first risk is that after the retreat of US forces that provided resistance to growing terrorism in the country, a security vacuum is bound to be created with lesser stability in the region which will act as a hindrance in the way of the Indo-Afghan relationship. The United States has reduced its military presence in the 135 days of the initial signing of the peace accord, from 13,000 troops to 8,600 by the month of July that will completely withdraw from Afghanistan by April 2021.

India must come up with a new set of principles and foreign policy in matters related to Afghanistan as early as possible. The second major issue in relation to India’s security is Pakistan’s proximity to the Taliban and the Haqqani group. India has previously been targeted in Afghanistan by the Haqqani group. The sudden rise of Islamic State Khorasan (ISK), an offshoot of Islamic State operating in Central and South Asia is a growing threat to India. ISK claimed the attack on Gurudwara in Kabul earlier this year, shows the extent of radicalism in the country. New Delhi has to reposition itself with the changing power structure of Kabul so as to safeguard its interests in the region and defend its strong ties with the Afghan government for future endeavours. Most importantly, India has to devise a new strategy to counterterrorism after the exit of the US from the country pivoting the evolving socio-political realities that can be solved by dialogues, agreements, and a new reconciliation.

The US Embassy has appreciated India’s stand on the peace talks, “The United States and India share the view that the peace process must continue until there is agreement on a political roadmap and a comprehensive and permanent ceasefire. The Afghan sides should ensure their territory must not be used by any terrorist group against any other country.”

On the question of militant threat, The Afghan National Security Forces (ANSF) is capable of defending the country as well as protecting the elected democratic leadership in Kabul. India has trained thousands of Afghan troops on Indian soil since 2003. It has successfully offered military courses like “Military Policing Cadre” to enhance the defence skills in the National Army.  Along with basic capacity building training, India has also offered weapon handling skills to the all-women batch for the Afghan air force and army since 2019. India can actively help by supporting the democratic force or ANSF by enhancing military skills and long term capacity building programs. It may also invest in the National Directorate of Security that may eventually help to improve the chance of mitigation on issues of anti-Indian terrorism along with reducing the risk of capitulation to foreign threats.

In the peace accord, the Taliban has issued a commitment to remain detached from al-Qaeda that threatens the security of the United States and its allies and says that it “have no place in Afghanistan.” Taliban has not given any anti-Indian statement in the last two decades. India has to draft new diplomatic strategies to engage with both, the Afghan government and Taliban, now that it is going to be the apparent future of Afghanistan. New South Asian politics must be shaped by South Asian countries independent of foreign influence. India is a key player in the region that exercises great influence in its neighbourhood and it strives to achieve political stability, cooperation and collective growth that should be retained in its changing relationship to Afghanistan.