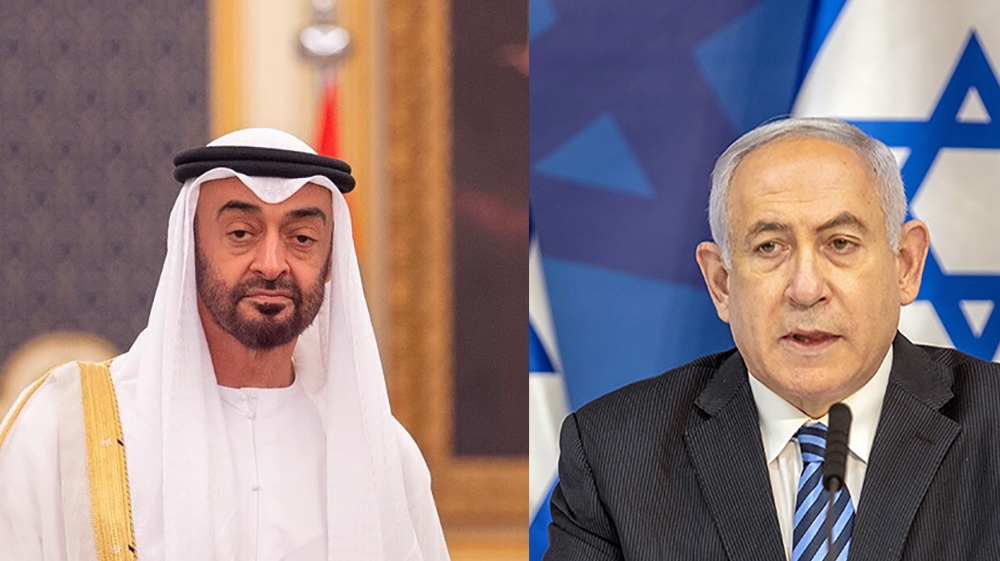 “It has never ceased to astonish me that the Arab states have been so eager to go to war against us…consumed by hatred for us. Peace will come in the Middle East only when the Arabs will love their children more than they hate us – the Jews.”

“Israel has extended its hand in peace to the Arabs from the moment it was established. In Israel, our hope for peace never wanes.”

-Benjamin Netanyahu ‘Bibi’, Israeli PM in his address to the UN General Assembly in 2011.

The pathological hatred of the Muslim majority Arab States for the tiny but resilient Jewish State of Isreal is purely a religious one and never ever an ideological one as most Marxist and Arab thinkers have been trying in vain to “convince” the rest of the world till date. The ‘State of Israel’ was founded in 1948 by accepting the duly approved UN Partition Plan of 1947 (UNGA Resolution 181-II), where sizeable territory was given to the Palestinian Arabs, much more than what they have today with the contested ‘holy-city’ of Jerusalem as the common International City. But the Arab States rejected the ‘territorial division’ or the peaceful ‘Two-State solution’ of the British Mandate territory of Trans-Jordan and Palestine by the UN, declaring that the Jews- being the ‘enemy of Islam’, have no ‘right to exist’ on the “Arab lands”, notwithstanding the civilisational-Biblical-empirical facts, to the contrary!

Consequently, this fanatical ill-will of the Arab States for the ‘Jewish State of Israel’ has been manifested in three wars, ‘war of attritions’ and ‘proxy-wars’ till today. But all that could not change the reality – Israel continues to not just exist but bloomed transforming itself as a ‘developed nation’ with far superior military-technical might than all of its Arab counterparts combined!

But since the end of the Cold War and the signing of the ‘Oslo Peace Accord’ as well as the onset of fratricidal ‘Shia vs Sunni’ inter-Arab violent rivalries for the ‘leadership of the Islamic World or Ummah’, fueled by the receding Petro-dollars amidst dynamic geo-political realities from Yemen to Syria – the hitherto rigid Arab States’ ‘no talks with Israel’ has turned flexible, that too, officially into as ‘let’s talk with Israel’ now.

The recently concluded ‘Abraham Accord’ on 13th August 2020 between the United Arab Emirates (UAE) and Israel, facilitated by the Trump administration of the US, truly bears this spirit of ‘peace for common prosperity’ between the two West Asian States. Israel agreed to the UAE’s only condition for signing the Accord i.e. to stop further Israeli annexations in the West Bank areas under the Palestinian Authority.

After Egypt in 1979 and Jordan in 1994, the UAE became the third Arab State and the first Gulf nation to officially ‘recognise’ the ‘State of Israel’ with more Arab States like Oman, Bahrain, etc. in the queue for embracing mutually beneficial peace, prosperity and security in the West Asian region. The aim must be to ‘bloom together’ forever with the ‘live and let live in peace’ mantra!

Calling the embattled yet democratic and secular ‘State of Israel’ as ‘one of the greatest outposts of democracy, an oasis of brotherhood’ amidst the war-torn Middle-Eastern desert of the authoritarian Arab States, renowned US civil-rights activist and Nobel laureate Martin Luther King Jr. said just days before his death in 1968 that ‘peace in the region would only come by ensuring security for Israel by the Arab States’. He was so prescient!

Today, after years and decades of anti-Jew, anti-Israel hatred, many Arab States like the UAE have realised that this accumulated pathological hatred for the ‘Jewish Nation-State’ i.e. Israel has harmed them more like the proverbial poison that harms the vessel more where it is stored than for whom it is meant for! To Israel’s credit, from David Ben-Gurion to the present ‘Bibi’ regime, almost all Israeli PMs have been relentlessly pursuing peace, overtly and covertly, with the neighbouring Arab States with the applaudable patience of a never-waning zeal. That’s why it’s not ‘UAE-Israel detente’ but ‘UAE’s rapprochement with Israel’!

With the ‘Abraham Accord’, the implicit rifts within the Arab world, represented by the Organisation of Islamic Cooperation (OIC) have been open and explicit now. Whereas the US, Israel, India and the rest of the world have termed it as ‘historic’, the Palestinian Authority, Turkey, Iran, Iraq, Malaysia and Pakistan has termed it as an act of ‘great Arab betrayal’ to the ‘Palestinian cause’.

‘Shia’ Iran’s nuclear ambitions and its monopoly role in funding and arming Hezbollah in Lebanon, HAMAS in Gaza-strip, Houthis in Yemen, anti-royal regimes’ extremist elements etc. together with Erdogan’s rabid Islamist Turkish regime, have posed ‘common threats’ not only to the ‘Sunni-Wahhabi’ dynastic regime of Saudi Arabia but also threatening regime-stability of its allies like the UAE, Oman, Bahrain etc. in the Gulf region. The growing Iran-Turkey nexus has also endangered their ‘strategic interests’ across the globe. So, the ‘Abraham Accord’ ushering deep economic and security cooperation between the UAE and Israel has the tacit Saudi backing in its desperate attempt to rebalance the ever-volatile Middle East region. Riyadh already enjoys ‘covert’ ties with Israel and is expected to resume official diplomatic ties with Israel very soon.

From 1971 till October, 2015, the UAE-Israel official diplomatic ties have been non-existent and strained. But Iran’s common enmity for both, helped them come closer. In late November 2015, the UAE Government granted Israel permission to establish a diplomatic office in Abu Dhabi. A major breakthrough came in UAE-Israel ties when in October 2018, Miri Regev became the first Israeli minister to pay the first State visit to the UAE. In August 2019, Israel’s foreign minister Israel Katz signed the UAE-Israel military cooperation pact, amidst rising tensions with Iran.

The recent diplomatic thaw between UAE-Israel will provide much more diplomatic maneuvering space for bolstering Arab-Israel as well as India-Israel ties, reconfiguring the strategic Gulf region. It will be shot in the arm for President Trump in the coming US poll. Above all, it will act as the harbinger for harvesting more strategic windfalls amongst ‘India-UAE-Israel’ troika in the greater West Asia and the North African region. Not just Arab-Israel ties but also the Gulf-India and India-US relations, now at an all-time high, will further get the much needed diplomatic boost. For India, great strategic windfalls are ready and ripen to be fully leveraged and realised in near future. It will be more than a ‘win-win’ game for India and Israel in a normalised Arab-Israeli relations, which will further strengthen ‘Arab-Bharat’ age-old ties. Lastly, it will effectively checkmate the Sino-Pak axis’s synergy with the emerging Iran-Turkey equation in the region.