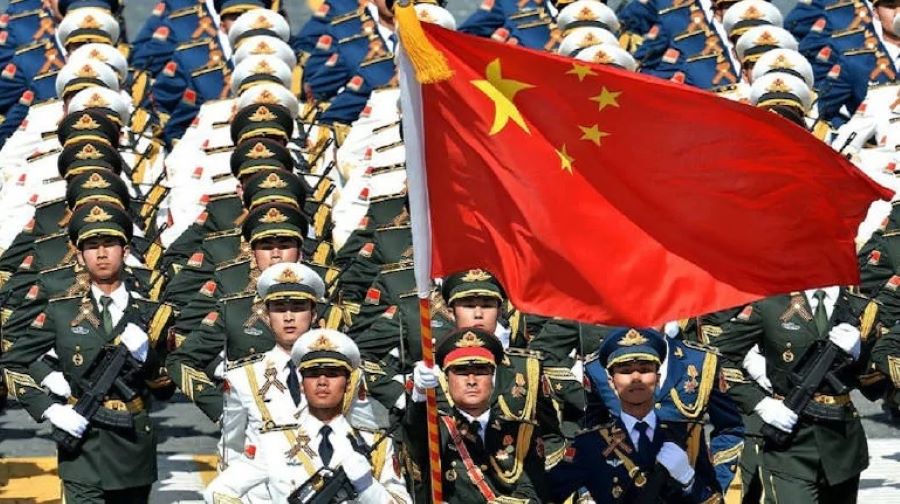 “The supreme art of war is to subdue the enemy without fighting” – Sun Tzu, the Art of war

Twenty Indian soldiers had lost their lives in a violent military confrontation with the troops of the People’s Liberation Army (PLA) of China in the Eastern Ladakh region. Even though PLA faced at least twice the number of causalities as compared to their Indian counterparts, the territorial integrity of India came under question. This skirmish between both the forces threw open the Pandora’s Box of China’s expansionist tendencies. China has been trying a new version of colonisation by capturing smaller nations with their ‘debt-trap’ diplomacy. Being a responsible stakeholder in the Indo-Pacific region, it is high time for India to act against the Chinese aggression and use its diplomatic cum financial clout to resist the economic magnification of China using all available means.

U.S had been enjoying the unipolar status in global geopolitics since 1991. From the beginning of the 21st century, China had been trying to become a viable alternative to the U.S. Due to the availability of cheap labour and ruthless control over its citizens, China emerged as an international manufacturing hub. With its expanding economy, the red nation started a strange desire to occupy areas from its neighbourhood. China’s land greed can be better understood by the fact that the nation has boundary disputes with 18 nations while they share land boundaries with just 14 countries. Their territorial ambitions can be traced back to the very beginning of the People’s Republic of China (PRC) in 1949. Within a year of its formation, Tibet was annexed to China through a military operation and eastern Turkestan (present-day Xinjiang) was forced to join PRC. China started constructing a highway connecting both Xinjiang and Tibet passing through Aksai- Chin territory on the Indian side. Pandit Nehru’s government took years to diagnose the Chinese intrusion and it was too late when India responded militarily. Following the Indian defeat in the 1962 war, China occupied 38,000 sq.km of land in the Aksai-Chin region. Intelligence outputs also suggest that the Chinese forces had occupied more land in the region through multiple intrusions in the past six decades.

India holds a major place in the Chinese economic ecosystem. China’s exports to India range from crackers to pharmaceutical raw materials. India has a trade deficit of $48.6 billion with China. Chinese phone manufacturers have a 71% share in the Indian smartphone market. Cheap cost, high-end technology and easy availability are the few reasons for customers’ preference for Chinese products. Following the military conflict, there were clarion calls for boycotting Chinese products. Even though a blanket ban on Chinese goods cannot be imposed due to international trading laws, step by step initiatives can slowly take us to that goal

In 2013, Chinese President Xi Jinping promoted the term ‘China dream’ which emphasised on national rejuvenation. This motto has been closely knit with their ongoing ‘Belt-Road Initiative’ (BRI) project of connecting over 70 counties through rail, road and air, and also improving their healthcare, infrastructure and communication sectors. A controversial periphery of BRI is China Pakistan Economic Corridor (CPEC) in which China will invest over $46 billion. The proposed road passes through Pakistan Occupied Kashmir (POK) and is thoroughly opposed by India. The corridor ends at Gwadar port which is of high strategic importance in the Chinese doctrine of ‘String of Pearls’. This doctrine aims at encircling India in the Indian Ocean Region by building ports or earning access to ports of other nations sharing maritime borders with India. China operating Hambanthota port in South Sri Lanka through its debt-trapping method shows how strategically advanced the Chinese are.

Contrary to the popular perception, China should be seen as the principal opponent of India and not Pakistan. Pakistan, with its non-state actors, had been trying to destabilise India on the behest of China. The nexus between Inter-Services Intelligence (ISI) and China is well known in the international arena. On multiple occasions, China blocked India’s attempt to list Jaish-e-Mohammad chief Masood Azar as a global terrorist by the UN. Following the United States- Taliban peace treaty Afghanistan is staring at massive political uncertainty. With the withdrawal of U.S troops, Taliban could come back to power. The strategic location of Afghanistan is important for India as a passage to central Asia. Hence, China can block India’s access to Afghan using Pakistan which is an ally of the Taliban. India had to cut short its oil imports from Iran following the sanctions imposed by the U.S. The Chabahar port in Iran is of immense importance to India. Recently, there was news of a possible ousting of India from the Chabahar port project, if that happens it could be a big blow to our strategic efforts.  China has a significant role to play in turning Nepal against India. Nepal had released a new map showing Indian territories of Lipulekh, Kalapani and Limpiyadhura as theirs. In Bangladesh’s Cox’s Bazar, China is developing a submarine berthing and operating facility. China had also given loans worth millions of dollars to India’s friendly nations including Maldives, Myanmar and Iran. China with its surplus revenue is trying to create vassal states across the BRI route.

China’s much aggressive ‘wolf-warrior diplomacy’ can be better understood only by keeping their history in mind. After annexing territories they ran a ‘cultural revolution’ which was barbaric in nature. Critics of Mao were publically executed or sent to Laogai prison camps by branding them as counter-revolutionaries. Citizens were indoctrinated with party lessons and are still monitored through a strict surveillance system. People residing in China see what their government wants them to see. Internet is censored with ‘the great firewall’. Facebook, Twitter and Google are all banned in China. In their Xinjiang province, Uighur Muslims are oppressed and they fall prey to the government’s ‘organ harvesting’. Dissidents of the Chinese Communist Party, even while being in exile are physically targeted through operation ‘Fox Hunt’. The Chinese government has recently passed several laws to curb freedom of people in Hong Kong which is China’s special administrative unit. Taiwan is also under the radar of Xi. Here India has to deal with a party or government which have created a utopia for its 1.4 billion people; hence strategy to checkmate China needs to be multifaceted.

India has to flex its muscle while dealing with China. China’s $14 Trillion economy makes it a major force to reckon with. China also controls much of the world’s supply chain; hence any disruption to it can create tremors in the global economy. Relocating the supply chain to trusted countries or democracies can reduce the transnational dependence on China for finished products. The recently formed informal alliance called the QUAD comprising of United States-Japan-Australia-India has put the onus on China in the Indo-Pacific region. With the QUAD extending its influence over smaller countries in the South China Sea with whom China has border disputes, the anti-China block can stand as a barrier against the Chinese aggression. China’s global dominance in 5G technology needs to be challenged and met with alternative options. For that cooperation among free democracies is essential.

Recently, a small town in Gujarat ‘Morbi’ was in news for emerging as a toy manufacturing hub in response to the Prime Minister’s call for “Atmanirbhar Bharat’ (Self sufficient India). Similarly, manufacturing hubs for various products needs to be established in various parts of India, hence reducing and later eliminating our reliance on China. Millions of new employment opportunities can be generated in the manufacturing sector in India and thereby solving our unemployment crisis. Over a hundred companies have decided to shift their manufacturing bases outside China. Since India had been improving its position in the Ease of Doing Business index, many of them would be investing in India. Taiwanese electronics manufacturer Foxconn has announced an investment of $1 billion to expand their iPhone assembling unit in Chennai. The Government of India’s infrastructural development and simplification of the business approval process have helped India to emerge as a viable alternative manufacturing hub to China.

Following the COVID-19 outbreak in Wuhan and PLA’s muscle flexing, many nations have come forward to resist China’s belligerence. China is the second-largest economy after U.S and has a strong military. Experts may differ on the accuracy of their war machines. But in the era of globalisation and mutual cooperation, any physical conflict needs to be avoided. Economics is a sharp weapon that nations including India can use to inflict a heavy loss on China. Even though India of today has multiplied many folds from its position in 1962, but still we are a developing economy with a GDP of $3 Trillion. China’s expansionist mindset is not going to fade away. They have always claimed that even Arunachal Pradesh (Indian state) is a part of Tibet, which is a part of China. India should prevent the flow of capital through trade to China. By forming a strategic cum economic alliance as an anti-China block, India has a high chance of improving its own economy and to safeguard its boundaries in case of any eventuality.

Disclaimer – This article was originally published in Modern Diplomacy.