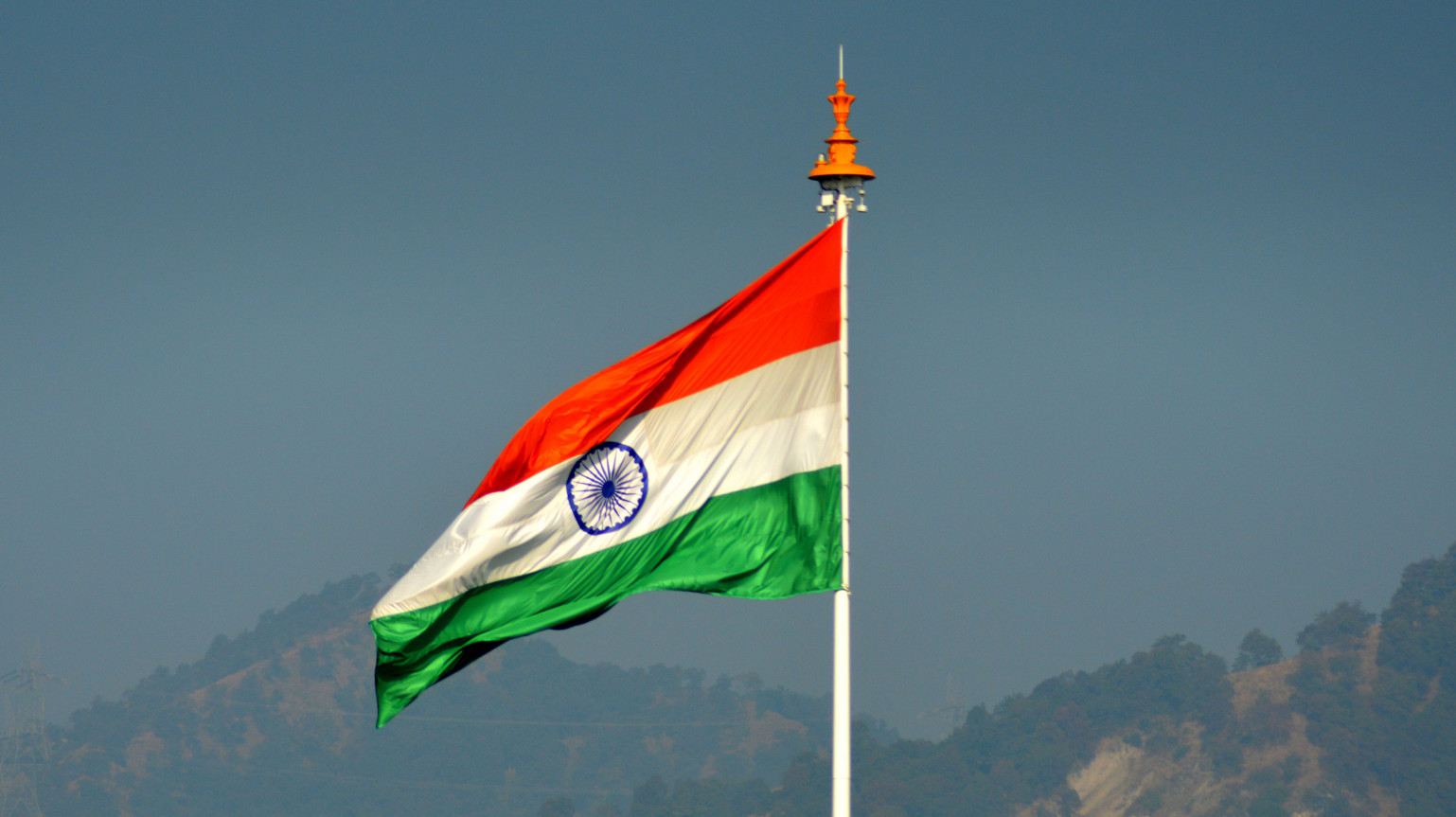 The recent GDP figures published by the government along with the substantial rise of Covid-19 cases are illustrative of a battle of ‘Attrition’ which the country has been fighting for the past few months. Concomitant to all of it has been a belligerent neighbour which seems to have gotten into an entrenched conflict with India on the LAC with purpose. These separate problems, at initial notice, might demand separate responses technically but essentially are embedded into one and the solution to which requires a common element of persistence and patience.

Putting the economy in perspective

The GDP decline of around 24 percent in the April- June quarter has stirred a fresh wave of debates on the overall health of the economy. Debates are often coloured by misinformation or rather a disinformation, it becomes important to put forth certain facts which serve pertinence. Countries like USA, Singapore, and Canada etc. have seen similar contractions in their GDPs too. For instance, Singapore suffered a reversal of around 42.9 percent even though in terms of stringency, their lockdown wasn’t even a fraction of what India’s was. It should also be noted in India, the agriculture sector still continued to grow by a respectable 3.4 percent in the said quarter. Also, much has been made of the growth data pre- lockdown period, i.e. the quarter of January to March. Though India’s growth had slowed down to 3.1 percent from 4.5 percent of the previous quarter in December 2019, it, however, needs to be kept in mind that during the same period, all the other major economies had actually contracted. The economy of the USA had contracted by 4.8 percent while China had seen a fall of 6.8 percent. Hence, India was probably the only big economy which had recorded positive growth in the corresponding period. Data should always be seen in the prevailing context.

Some other data would help throw some light on the overall health and fundamental stability of the economy. According to RBI data, India’s foreign exchange reserves swelled by 3.6 billion dollars over the past year to record a high of 538 billion dollars by August 7, 2020. According to IMF, India’s general debt stands at about 70 percent in the current fiscal year which might well increase due to the contraction of GDP. Even a few percentage points increase of debt would take our debt to around 80 percent, still significantly lower than that of China at a staggering 247 percent (acc. to 2017-18 data) and 100 percent plus in most of the European economies (IMF).

A distinct point that deserves attention is that despite such a protracted crisis, lockdowns and a weak healthcare system, India has not seen the kind of administrative breakdown or mass-scale deaths which were feared initially by many. Subramanium (2020) notes that “more than 80 crore people will be fed for free till November under the Garib Kalyan Yojana. Around 8.5 crore farmers have been given cash benefits in two phases. An amount of Rs 1500 each was transferred to beneficiaries of the Jan Dhan Yojana”. Such measures in regards to direct cash transfers, financial inclusion of a vast population under the Jan Dhan scheme along with the interventions made throughout, have to a fair extent, cushioned the ordinary masses who are the most vulnerable during such crises. Plus, further interventions are likely to follow. Additionally, GST revenues for the month of August stood at Rs 86,449 crores. Despite the lockdown, this was 88 percent of the GST collected in the same month of last year (Verma, 2020). PMI (Purchasing Managers’ Index) after falling to a steep low of 27 percent is again back to 52. Most of the agencies which had predicted a contraction are similarly, predicting a very strong rebound by India in the next 3-4 quarters.

Challenges though abound, the scope of which demands a separate write-up. To highlight one, the government must frontload its reformist agenda and not wait until a crisis strikes. The recent reforms in the agriculture and defence sector though welcome were long due. Moreover, a sector laden analysis must not obfuscate other routine problems which demand attention. For example, a non-descript task of transportation to and from schools and colleges is a huge business today, the total value of which runs into millions of dollars. Construction activities are still not back to pre-crisis levels.

Dilemma is the perfect word if we are to describe our relationship with Communist China until now. Today, all that has changed for good. Those with an iota of understanding of ground realities would clearly state that China has been India’s real adversary for all these decades. Unfortunately, for a country whose elite at the levels of academia and bureaucracy, especially the former, are sympathetic and share ideological interests with the Chinese State, such a policy of ambivalence is quite natural. So much so that even at this time, when the actions of the Chinese state has caused immense agitation worldwide, the conspicuous silence of the otherwise loud coterie of supposed ‘conscience-keepers’ has perplexed many!

Much has been said about the belligerence of China at its peripheries, be it the South China Sea or the LAC. To shed some light, it would be useful if we try to make sense of PLA’s moves which seem to be rooted in a larger strategy. Lieutenant General PR Kumar (Retd.) notes that in January 2020, President Xi Jinping issued a new Training Mobilisation Order (TMO) for strengthening military training in real combat conditions and “to maintain a high level of readiness”. In a major departure from the earlier exercises, PLA troops for the first time moved closer to the border, while frontier troops remained in forwarding areas.

Hence, it would not be entirely incorrect to infer that in the initial phase of the current stand-off, a certain degree of intelligence failure can’t be completely ruled on the part of Indian agencies. Having said this, it, however, also needs to be reiterated that subsequent Indian response(s) including the recent pre-emptive operations by India in the last week of August has now shifted the balance in India’s favour significantly. By occupying a few crucial heights south of the Pangong Tso lake area, the Indian Army and the heroic Special Frontier Force have sort of caught the PLA by the jugular vein. Heights like Gurung hill and others at the Rezang La area captured today provide the Indian Army a commanding and possibly, an unalterable advantage in that particular terrain which sits astride crucial Chinese lines of communication and their famed National Highway- 219 which links Tibet to Xinjiang. Security and strategic imperatives demand that no further information is divulged henceforth. But it won’t be naïve to say that a limited conflict in the upcoming weeks is entirely possible because the latest deployments by Chinese forces, in terms of both quantity and weaponry, seem primed for offensive operations.

Beyond and beneath the small clashes instigated by Xi Jinping, lie larger goals. To focus on a couple of them:

The past few months have been exceedingly tough for India. Battling simultaneous challenges on the diplomatic, economic, military and medical fronts, the country has shown remarkable fortitude, a lot of which is the direct result of the relative advances made in certain key parameters of governance. Yet, much more needs to be done especially on the medical front where the current crisis, despite the best efforts of the states and central government, has exposed certain glaring holes in our medical infrastructure. Talking about infrastructure, a lot of Chinese activities on the LAC are actually aimed at thwarting the impressive build-up of infrastructure by India, especially in the past 3-4 years. However, another domain which requires focus is the space of ‘Intellectual’ infrastructure. This is where elements working in tandem (knowingly or otherwise) with our external adversaries have been creating a series of disinformation campaigns, ‘intellectually’ instigating fault lines in our society, and a sense of compulsive hatred against the elected government of the day. Remaining well-informed and critical in its true sense, asking ‘relevant’ questions to the government, shall go a long way in overcoming the current impasse we are in today. As the battle of Attrition’ nears its end, the herald of an ‘epoch’ awaits us. And being a hard-fought survivor, India shall pen the illustrious decree of the same.