Indo-China Border Clash: Gain for the West & Loss for Asia 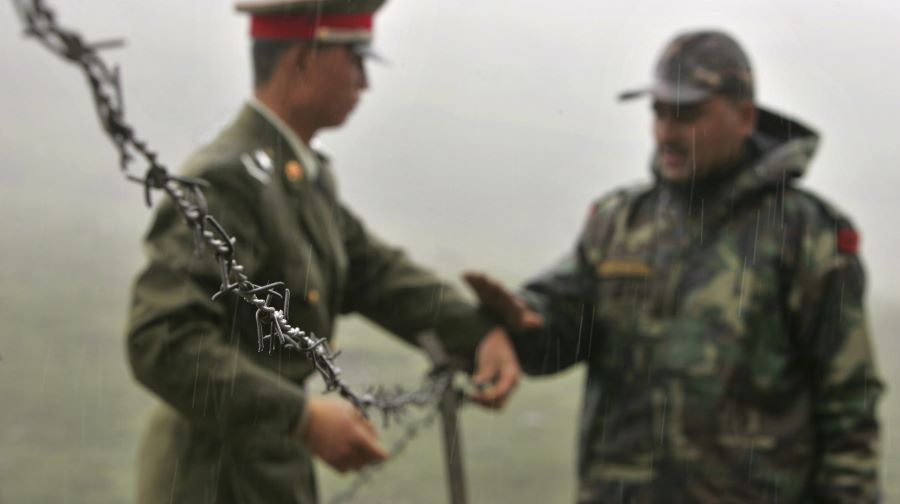 At present, the mercury of excitement is soaring high at the Eastern Ladakh Border between the Peoples’ Liberation Army and the Indian counterpart relating to the Sino-Indian military stand-off. Obviously, this is the ground reality that is pitching the military tensions at the detriment of the euphoric optimism that prevailed and navigated mutual relations for the last several years. It was tantamount to an almost new imagination, however short of a consensus view (one can refer to a debate between Joseph Nye and Parag Khanna on this point) that perhaps “the west’s two-century epoch as a global powerhouse is at an end” and the global economic pendulum is going to favour Asian emergence with a spirit of multilateralism and extension of cooperation despite the geo-political dynamics of South Asia, debates over China’s ambitious the Belt and Road Initiative and war clouds hovering over the South China Sea. With European unity and solidarity increasingly coming out in tatters in the post-Brexit era, internal tassel within NATO and most importantly with America’s retrogressive posture vis-à-vis globalization under Donald Trump’s presidency clearly gave Asia, particularly, China and India as two Asian giants to “re-occupy the centre of the global economic stage”.

But now it seems a missed opportunity because our “exalted sentiments” received a severe blow with the increasing deterioration of the bilateral relations between India and China and this displacement of the collective economic prospect is a major casualty of the current episode. As war hysteria is looming to engulf the region with a host of robust plans related to India’s Look East policy and multi-country effort to build robust connectivity projects like highways etc. and China’s CPEC, with the potential to unfurl and shape a new horizon of growth, we are witnessing how suddenly we are sliding into an abyss of the unmanageable level of vainglorious nationalistic assertion to reinforce friction and old hostilities which are handmade of colonial distribution and antinomies. Of course, one could aptly point out that today the context has changed. Yet, we surmise how far the underlying motives of the ruling elites on both sides of the border have undergone sea- transformation because the motive in the ultimate analysis is one of continuous power game that keeps alive mutual suspicion instead of creating cooperative spirit, consultation and consolidating an alliance that could really be a game-changer alternative platform shaping the world order. That is why, despite Asia’s tremendous success in poverty eradication and overall economic leap forward, a record that created the much celebratory hype of the onset of “the Asian century”, the veritable question mooted by Kishore Mahbubani in his latest book “Has the West Lost it?” evokes a negative feel.

In a sense, it is a paradox of realism versus liberalism. If the former demands priority the latter would take the backseat and vice versa. That is why it is very difficult in today’s world of globalization that not only sustains political borders but reinforces the strength of nation-states to speak in terms of overarching shift for building magnanimous trust always by getting over the compass of own calculation and worldview. As a result, can we be very emphatic about re-territorialisation, is after all a matter of complex negotiation because when the former gathers a new force to supersede geopolitics, the latter reacts to “the reduced emphasis on the sanctity of sovereign limits”. That is why the road to regional or continental integration is always a zigzag course because economic zone at a cross-country level or trends of Asianization as Parag Khanna dubs it, must reconcile with individual state policies and imperatives of partnership. So, from that point, it is a matter of choice and balance between India and China to ‘cooperate and compete’.

But even that presupposes some agreement and framework whereas what is happening nowadays is a complete departure from what is expected. Simply speaking, we cannot follow Chinese diktat or its coercive policies as evident and conspicuous in the recent activities of the Chinese army at India’s border in Uttarakhand. As per the report of the Indian Army, the Chinese army tried 3 times in the last several days to capture the strategically important Indian outposts near Pang Gong Lake. But the Indian army thwarted that attempt of the Chinese army. However, the PLA is not sitting still. In addition to increasing troops on the Eastern Ladakh border, they are also increasing military equipment. So, in the face of the quandary—are we reverting back to the old Cold War lines of gunpowder culture or whether there is a scope of reviving positive engagement, we need to act with reason and restraint for we cannot risk throwing away our gains just for the sake of political compulsion.

That is why, both countries must sit at the negotiating table to explore way outs politically, diplomatically and militarily. In fact, this quest must continue undeterred by the wounds and shocks of the deadly clashes between both sides at Galwan valley last June, 2020 notwithstanding the fact that there is no solution to the bloody tension yet. In this situation, the PLA’s prompt activities at the border are quite noticeable. According to a senior army officer, there are Indian army outposts in the areas between Gurung Hill and Rajang La Hill near South Pang Gong Lake. China has tried to occupy that outpost.

The Indian Army has set up several outposts in the high-lying areas of Chushul; as its result, the establishment of Indian control in those places will facilitate the surveillance of important Chinese outposts. China’s Foreign Ministry, however, has sent a message to reduce the heat a bit referring to the withdrawal of troops from the Ladakh region during the coming winter. As a result, on the sidelines of the Shanghai Conference held on the 10th instant in Moscow, the proposed meeting between the foreign ministers of India and China proved important, according to the diplomatic community.

True, that we have not been successful to create a security community. Neither there is an agreement that we want to create a China-led structure in Asia. But that should not preclude the possibility of Asia’s emergence. We cannot afford to fail in our persistent diplomatic mission on the various issues of contention including the unsettled Sino-Indian Line of Actual Control. However, the situation is much calmer now than in the past few days. According to Indian Army sources, in the last few days, China has not taken any new provocative steps. Meanwhile, Indian Foreign Minister Jayshankar and Chinese counterpart Wang Yi have met face to face at a side meeting of the Shanghai Cooperation Organization on the 10th instant. This is the first time they have met face to face after the escalation of tension at the border.

India and China have agreed on 5 broader issues relating to border management in the said meeting of Moscow held on the 10th instant. This is reflected in the joint statement of the two countries. Whether the two-and-a-half-hour envoy of the ministers of the two states to the side meeting of the SCO can turn the battlefield of Ladakh into a garden of peace or not – there was some confusion about that in the diplomatic camp. Because some differences still remain in the Chinese diplomatic statement after the meeting. However, according to the South Block, the bilateral relationships that reached a warlike temperature has reduced it a lot in one cordial swoop. The five issues that have been included in the joint statement of the two States since their meeting are:

No doubt, recent events in Eastern Ladakh have left a negative impact on bilateral relations.

Yet, we believe that relationships should be nurtured carefully while the hawkish line could always embroil us into entanglements. Hence while many commentators are of the view that India should deploy massive force along the Line of Actual Control, we think such an adamant posture can only worsen the conflict caused by provocative behaviour. Rather we need to grasp some positive lessons that China’s emergence has been possible for its integration with the Asian as well as the global system. So, let our border talks be guided by mutual agreements and protocols while our interactions with China might not be stalled. We need an appropriate framework of intercourse in which justness stems from a sense of accommodation and judicious balance.