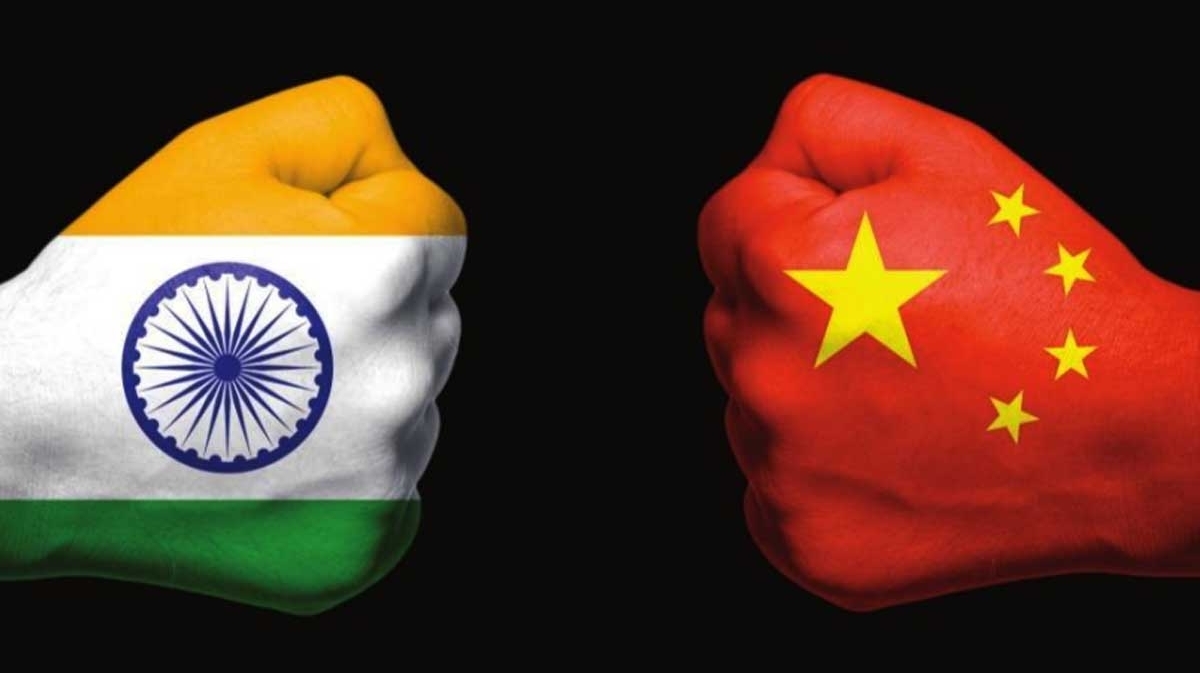 The Sino-Indian bilateral relationship is quite peculiar since we can find both friendly as well as hostile relations coexisting between China and India, two Asian giants for a quite long time.  It would be a truism to think that their mutual hostility revolves around the geographical border issue only, rather the broader problematic includes a whole host of issues ranging from historical factors like the colonial legacy of Mc Mahon line to the geopolitical issues of the occupation of Aksai Chin (India after independence was guided by the Johnson line and put claim over Aksai Chin which initially was not disputed by China), race for the control of the Tibetan theological order, the wounded memory of  the 1962 border conflict, very limited area of agreement based only on the middle sector of their border, continuous transgressions occurring in Arunachal Pradesh and Ladakh, the recent Indian concerns over CPEC, India’s recently launched ambitious SAGAR doctrine along with Quad coupled with ever-widening gap of foreign trade in favour of China, latter’s staunch opposition to India’s bid for NSG, change of India’s Kashmir policy and in the context of deteriorating Covid-19 crisis, India’s scores of punitive actions to proscribe 118 Chinese mobile applications and non-military steps to review FDI in order to restrict Chinese investment and informal call to boycott Chinese products are some of the areas of existing frictions between these two neighbours. Hence, the differences are multi-dimensional, rather than exclusively cartographic.

Yet, since 2013-14 and particularly from the 2017 Doklam standoff onwards we find how the Chinese side was waiting to upturn the status quo at crucial border junction points as we are witnessing at Galwan valley in May-June 2020. But this is not the first time that the Chinese did it, rather as Mihir Bhonsale in his ORF occasional paper in February 2018 mentioned that “the PLA reportedly entered 10 km inside the Indian territory in eastern Ladakh and set up a platoon-sized camp on 15th April, 2013”. So, today what we are seeing is not simply a re-play of muscle flexing, an attempt to dominate the border unilaterally, but on deeper analysis it would be revealed how the shift has taken place over time. According to Bhonsale, there was a four-fold increase in the number of incidents from 2003-2008 to 2009-2014; another very interesting trend that he revealed was the trend of the high occurrence of such clash in the western sector compared to the other two sectors. The picture will be clearer if we juxtapose this insight with the tactical use by China of its distinct manoeuvring strategy of motivated propaganda against India’s construction of a feeder road close to the Indo-China border, its clandestine deployment of troops with provocative armed activities at the border, and last but not the least, the episode of the abduction of villagers as a bargaining chip to wrest concession from India apart from attempts of cyber espionage. Moreover, very recently the Chinese media behemoth Global Times has released threatening video-clippings of launching a Video game war in case India dares to escalate the crisis into a full-fledged war.

India’s policy vis-à-vis China is to settle outstanding disputes with the diplomatic channel and not to resort to the coercive military balance of power because India perceives any such move to be counter-productive. Although in recent times we have seen India undertook certain calibrated efforts to sort out the differences at the sidelines of multilateral platforms like SCO. It does not however mean that India is meekly defensive in her approach. Rather we have seen concerted efforts being taken by the Indian side both in terms of enhancing the military capability by inducting superior warfare technology along with institutional overhaul by the creation of the CDS to operationalize an integrated outlook. Nevertheless, it would be a travesty of truth to downplay India’s sincere last-ditch efforts to maintain good neighbourly relations with China. But historically, this effort was hampered by “the brinkmanship of Chinese power” time and again. For example, China’s forceful annexation of Tibet in 1950 had exposed its aggressive and expansionist attitude. Yet, in India’s non-committal attitude towards the issue of Tibet was a clear sign of her diplomatic and foreign policy ineptitude. Today we are realizing this past folly.

Beginning in recent June 2020, tensions, panic, misunderstandings and exchanges of words continue along the Sino-Indian border. But, how amicable the relationship between these two neighbouring states in Asia, could have been established, if they had tried? In an effort to build amiable relations an Agreement (Panchasheel Treaty signed in 1954) was once reached between Jawaharlal Nehru and Zhou Enlai. The keynote of this agreement was the peaceful coexistence of the two states. Alas, it has not been implemented till date. On the contrary, there are constant disputes over the border between the two states like the clashes at Cho La in 1967 followed up by many such face-offs between the two sides.

Amidst numerous incidents of confrontation over the border, ultimately the 1962 Sino-Indian War occupies the salutary place as a point of reference. That is why whenever we talk of Sino-Indian skirmish, we have to go back to the Chinese invasion of India in 1962 that caused an unimaginable shock to the Pandit Nehru since he was the trail-blazer of “Hindi-Chini Bhai Bhai”. But it is interesting to note in this context that as a result of China’s swift victory over India, a kind of arrogance was also born in the national consciousness of China. Even today the Chinese leadership flaunts their military superiority as a result of India’s defeat in the War of 1962. Although thereafter China became a nuclear power in 1964 and India detonated her first nuclear device in 1974 and again in 1998, it is to be noted that nuclear deterrence is no guarantee to prevent another decisive war.

However, not only with India, in 1950, there were border clashes between China and the erstwhile USSR too and India supported the statement forwarded by the Soviet Union at that time. The incident of the border clash of China with two neighbouring states like India and the Soviet Union proves the veracity of the intolerant and aggressive attitude of the Chinese State. That is why nothing can be said in advance about China’s behavior.

The management of border dispute is also a difficult job because of its sheer size around 130000 sq. km. areas. China has proposed to solve the problem by dividing this long border in the East, Central and Western sectors. According to their proposal, China will accept India’s demands in the East and on the other hand, India has to accept China’s demands in the western part. But India did not agree to the proposal forwarded by China. Rather India proposes to resolve differences by reviewing the entire border step by step. Due to such differences of approach, border clashes and border issues between the two states could not be resolved yet. Moreover, in the context of the occupation of Tibet by China, the Tibetan religious leader Dalai Lama and his followers took refuge in India. As a result of this, the relations between India and China became quite strained.

Relations between India and China gradually deteriorated after the 1962 war. In 1965 and in 1971 when India’s war with Pakistan started, China supported Pakistan. According to the cycle of events, China’s border wars with two neighbours, like India and the Soviet Union, made China close ranks with the United States of America. America too in the then geopolitical context built up friendly relations with Communist China and helped China gain permanent membership in the UN Security Council, which was very prestigious for an Asian country. Thus China-Pakistan-USA axis emerged as a dominant State Alliance in the South Asian region in the first half of the 1970s. As a result of this, India also retaliated by signing the Peace and Friendship Treaty (1970) with the Soviet Union. A kind of apathy was maintained in the relations between India and China for the subsequent period but it again reached the nadir when China sharply reacted towards India when Sikkim was included in India in 1975.

Of Course, diplomatic relations between the two states were severed after the China-India War in 1962. This diplomatic and economic relationship between China and India was re-established in the late 1980s. Thus, in the course of time, India’s overall relationship with China took a formal form. But in spite of that China seems to be behaving in some politically desperate manner that makes it invite clashes inevitably. Interestingly, they have chosen this extreme hour of the bite of Covid-19 pandemic to clash over the border which clearly reveals its irresponsible reaction, not coterminous with its claim to leadership.