Six Months Since the US-Taliban Deal: Where Does Afghanistan Stand? 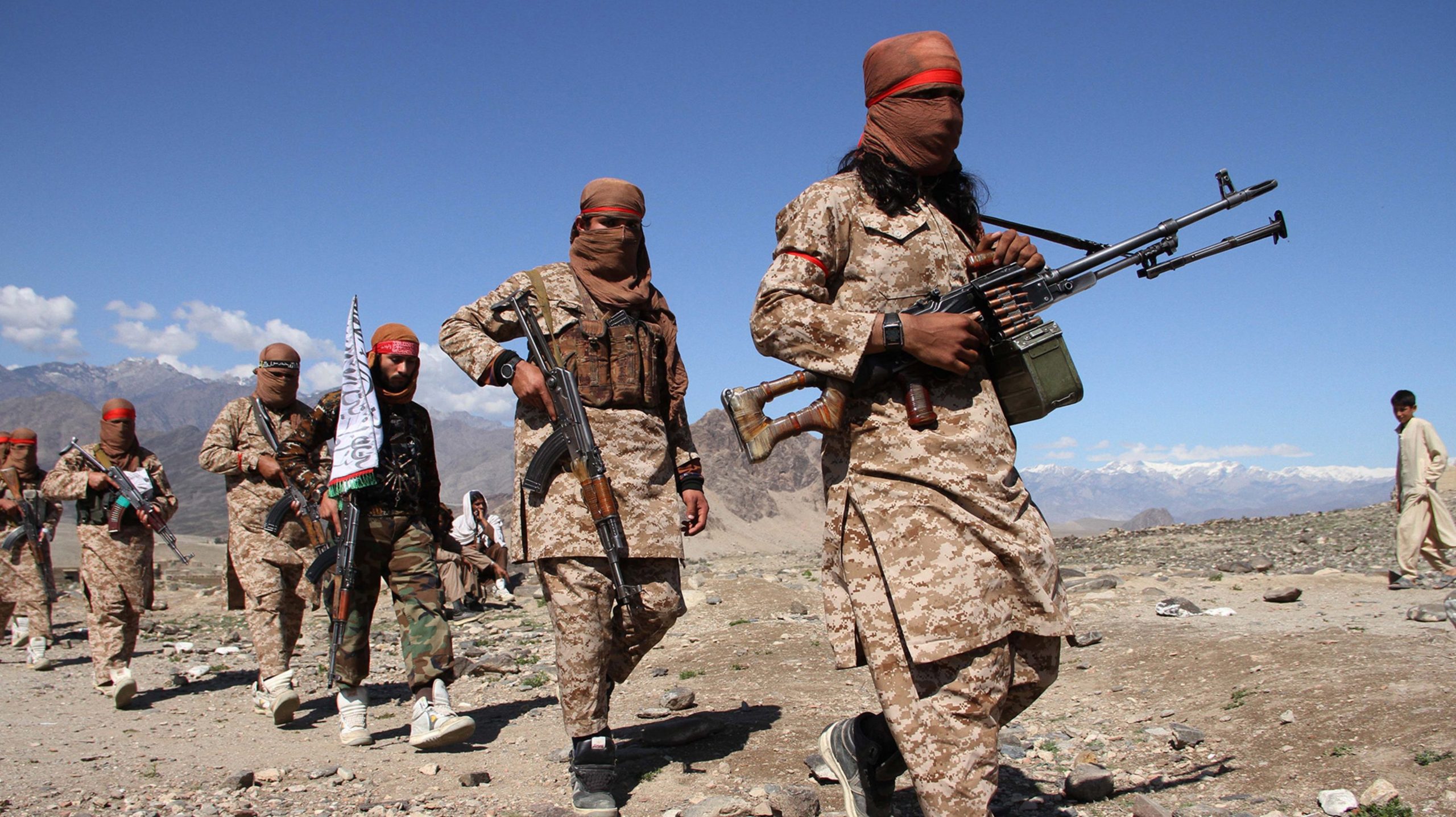 Afghan Government and Taliban had come along six months after the signing of the US-Taliban deal, which the Afghan government was not part of. The country known as the Graveyard of Empire has been under turmoil for the longest. The Doha accord, 2020 has four major clauses. First, a timeframe of 14 months for the withdrawal of both the US and NATO troops. Second, a permanent ceasefire and a power-sharing agreement between the rival groups. Third, to begin the intra-Afghan dialogue on 10 March, under the condition – the release of proposed 5000 Taliban prisoners. Lastly, the Taliban’s guarantee, for not using the Afghan soil as a launchpad against the US.

The peace deal which propounds the end of the long war has consistently faced setbacks. The deal which has seen twist and turns, and series of events in the last six months once again faced disagreement over the swap of the last batch of 400 ‘hardcore’ Taliban prisoners in exchange for 20 Afghan security forces. On 8 August, Loya Jirga which is considered as a traditional forum had met to discuss, and reach a consensus over the release, after which the intra-Afghan dialogue was rescheduled for 16 August.

Issues and Challenges faced during the past six months

The increasing number of attacks had delayed the talks. According to a Reuters news report, the attacks by the Taliban between 01 March to 15 April has increased by 70 percent as compared to last year. Even though there is a decrease in civilian deaths than the last year, casualties’ numbers continue to remain high. It is also reported the Taliban has carried out targeted assaults against human rights activists and health workers in the country. Mohammed Arif Rahmani who is a member of the Afghan Parliament’s security committee, said the “Taliban had been emboldened since the deal signed between the US and the Taliban. Also, many security forces are killed in insider attacks. There are also reports that the Taliban continue to have strong ties with the Al Qaeda”.

These increasing attacks have started displacing civilians. For instance, in the last two weeks around 7000 families from the Kunduz city have been displaced, after the attack on four Afghan military bases. thousands of people settled along the Kunduz-Khanabad highway have fled to neighboring districts.

The disagreement between the Afghan government and Taliban in the terms of prisoner swap has repeatedly delayed intra-afghan negotiations. The release of the last batch of ‘hardcore’ Taliban prisoners charged with murder, extortion has been a concern for the Afghan government. Soon after the Loya Jirga’s approval, the government has released 80 prisoners from the last batch. President Ashraf Ghani’s demand for the release of 20 Afghan commandos in Taliban captivity in exchange for 320 Taliban prisoners has once again halted the Intra-Afghan talks.

Lack of unity and disagreement within the political leadership has been rampant. The feud between President Ashraf Ghani and Abdullah Abdullah Chairman of the High Council for National Reconciliation over the appointments of ministers has reached a deadlock. Ghani’s refusal to appoint the ministers recommended by Abdullah Abdullah is one of the reasons for the delay in sending the full list of cabinet members to the parliament for approval. On 29 August, President Ashraf Ghani released a list of 48 new members of the High council for national reconciliation. Different political factions gave mixed reactions and criticism on the decree. The frequent political squabbles weaken the government’s position before the public and the Taliban.

In the US Taliban deal, there are no guarantees, from the Taliban of protecting the rights of women in Afghanistan. Attacks of human rights activists have increased in the last few months. Natasha Fatima Khalil, a member of Afghanistan’s independent human rights commission was killed in June. Additionally, the recent attack on a Taliban critic  Fawzia Koofi, one of the 21 members of the scheduled forthcoming intra-Afghan dialogue in Doha, indicates the hostile nature in Afghanistan towards the women in politics and leadership role. Taliban has denied involvement in many of these attacks, but many locals suggest that these targeted attacks are to intimidate women and human rights activists. The women have mixed reactions towards Taliban inclusion. In a recent report by the International Crisis Group which briefly looked into the inclusion, status, and rights of Afghan women, a slight change in Taliban formal policy toward the education of girls has been observed. But there is a wall of obscurity, and a lack of clear policy towards women post intra-Afghan settlement.

In the last six months, the Trump administration pressurized the Afghan government for the release of prisoners and to begin talks. According to a Washington Post report the US has not voiced any objection to releasing of some of those charged for the murder of US troops. US troops in Afghanistan reduced to 8000 in June. Further in an interview, Trump said that there would be fewer than 5000 soldiers in Afghanistan by election day in November. The withdrawal of support from foreign troops mainly in the form airstrikes will make it difficult for Afghan security forces to defend Taliban attacks and hold their positions.

The release of the last batch of Taliban prisoners was objected by France and Australia, over the killing of their nationals. The US special envoy and Afghan foreign ministry are in continuous talks with the countries to solve the issue. The Afghan government faces the challenge of keeping its international partners satisfied and simultaneously pave a way towards peace.

On the other hand, Pakistan had recently invited the Taliban commission for the second time. The team led by the deputy chief Mullah Abdul Ghani Baradar arrived on 24 August, to discuss the peace process and the relaxation on the movement of people. Pakistan also invited Chinese special envoy Liu Jian to ensure a well-coordinated and considered approach for peace in the country.

The US has not objected over the release of three Taliban prisoners, charged with involvement in the deaths of US troops in insider attacks. According to iCasulties.org, sixty-three US troops have died in insider and green-blue attacks since the start of the conflict. This shows, how the Trump administration is keen on the withdrawal of troops and to begin intra-Afghan talks before November 2020 elections. But within afghan society and polity, there are several outstanding challenges that threaten to delay and derail any initiative towards the settlement between rival groups.

Evidently, the deal which came after the series of negotiations, even after six months still failed to establish a positive interim relationship between the Afghan government and the Taliban. Recently, a circulated video of the mutilation of Taliban members shows the outrage within the security forces. This signifies a lack of readiness for the security forces to have a political understanding with the Taliban.

The peace talks is the only hope for the government and the Taliban to be on the same table.  Afghan officials have said, the talks will begin next week, but no date has been set. There is national consensus over the release of the last batch of prisoners and to begin the intra-afghan talks, but will these pave way for the larger national reconciliation? Doubtful. Only time will prove.

Sukanya Bali
Author is a Research Associate with the School of Conflict and Security Studies at the National Institute of Advanced Studies, IISc, Bangalore. She can be contacted at sukanya9494@gmail.com
Tags:
Intra-Afghan talks Afghanistan Taliban United States The Afghan government Peace deal
Share:
Share this...