The Indian Navy in the South China Sea: A Discomfort to China 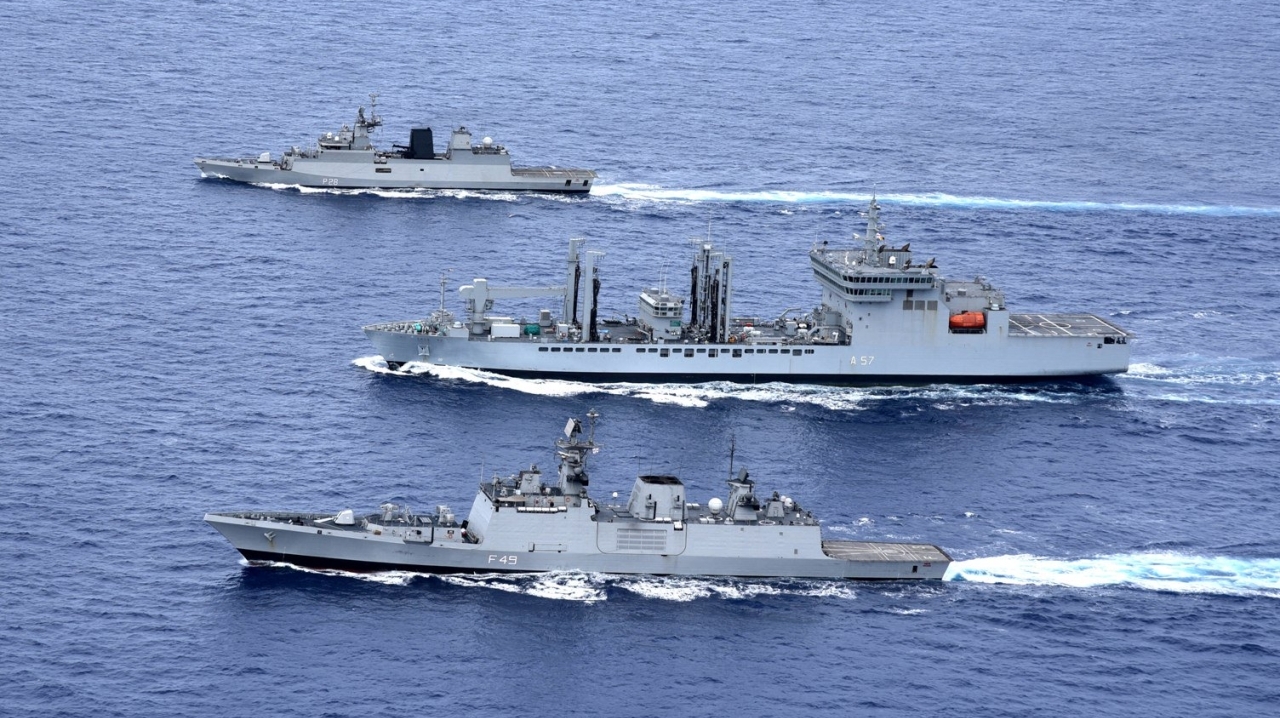 In response to the spate of incidents that resulted in immense grief caused to India at the Galwan Valley in its northern union territory of Ladakh, the Indian Navy (IN) recently made clear its commitment to being the sole outbound proprietor of India’s maritime security in its explicit areas of concern which are worthy of attention, and in those that harbour its maritime interests.

The deployment of an Indian naval ship to the South China Sea, in the wake of Chinese transgressions beyond the official curbs in north India, was a strategic gesture bearing considerable geopolitical weight. The Indian Navy officially put forward a maritime security strategy, titled Ensuring Secure Seas: Indian Maritime Security Strategy (IMSS 2015), that forms the template of its aims and objectives in the regions to which it has found the need to dedicate strategic and tactical primacy.

The Indian Navy’s recent deployment echoes past deployments that have been undertaken during Chinese transgressions regionally. The Chinese were quick to respond in kind once they were aware of the Indian Navy’s deployments of its destroyer, with a statement issued that was bordering on paranoia about external actions in what the Communist regime perceives to be its territorial and historical waters. The IN, one of Asia’s foremost naval forces, has stood up to China with courage typical of its character, despite its comparatively weak standing in conventional and unconventional areas that are suggestive of defence strength. The Chinese threatened, customarily, to expel the deployed warship back to India’s sovereign maritime zones and to areas which the IN identifies as its primary areas of operation.

The PLAN considers the South China Sea to be its de facto ‘maritime area’, historically and in contemporary times. Chinese claims to the South China Sea go as far back as the 3rd century. Following the coronation of the Peoples’ Republic of China in 1949, China conveyed its blue-water aspirations to the world, and especially to those actors who have been in perennial conflict with the Chinese nation. In 1974, China arrested the Spratly islands from Vietnam, following a short naval war. In 1988, the two rivals were to clash again by assuming a confrontational stance over a reef in the Spratlys. Going into the twenty-first century, official and unofficial clashes swelled and continued to mar the South China Sea, with the high-profile clash in the Vanguard Bank reef clash last year the latest instance of the worsening situations in the SCS.

In the first twenty years of the ongoing century, Chinese vessels have been involved in routine clashes with all its neighbours that have laid claim to territories in the SCS region. China has also formally endorsed the activities of its maritime militia, a subordinate element within the rubric of the PLAN. Chinese maritime militia are known to venture deep into the overlapping Exclusive Economic Zones of China’s neighbours, to stake claim to islands/islets/rocks/reefs/etc. that are perceived to be Chinese territory by the ruling regime of President Xi Jinping, but would officially be under ‘foreign’ occupation.

Moreover, Chinese infractions in the SCS have also included the setting up of an Air Defence Identification Zone (ADIZ) in 2013 around its waters (that is believed to grossly violate the Japanese Exclusive Economic Zone or EEZ) and the use of grey-zone tactics to often provoke its neighbours. China professes to multidimensional relationships with its neighbours. Many countries in the region that are competing with China over territory, are also the PRC’s most vehemently committed trade partners and rank in the top tiers as far as economic partnerships with the rising superpower are concerned.

Maritime Strategies and the Indian Navy

The Indian Navy’s IMSS-2015 is a portent of the force’s missions that justify its blue-water status, and an overview of the strategic philosophies (technical, principle, and suchlike) of its best minds. The document (and those released earlier in 2004, 2007 and 2009) stated and stressed the key responsibilities and roles being pursued and shaped by India’s premier maritime force for its distinct areas of operations.

The South China Sea, presently, figures in the Navy’s secondary areas of interest owing to a lack of important geopolitical objectives in the Southeast Asian region’s most prickly maritime zone. However, the Indian Navy will persist in remaining a prickly thorn in the SCS imbroglio were its interests to be even mildly affected. The IN, through its recent deployment, practically made it clear, that it sees China (in the long run) as an opponent for all spheres – be it terrestrial or maritime – of potential conflict.

Moreover, the Indian Navy’s presence gives a fillip to the other operating forces in the region, many of whom are India’s committed partners for the long term. As per reports, Indian naval personnel were in contact with the US during the quick-paced deployment. A weighty presence of the four navies of the Quadrilateral Security Dialogue, or the QUAD, in and around the South China Sea region will essentially create the ineffaceable impression that China is in the process of effectively being cornered – a major concern for any aspiring superpower, and one that often results in unforeseen alterations to the balance of power.

The QUAD is fast becoming India’s major strategic stronghold, especially following its elevation to ministerial-level talks and the scheduling of “in-person” meets during times of crisis. This ‘stronghold’ must be militarily vitalised to ‘stranglehold’ China and its increasingly violently assertive strategies and actions until it is forced to ricochet to regional peace and affability. Thereby quelling global premonitions about world peace. India’s closeness with ASEAN, which is an overhead security-concerned forum, through its Dialogue Partnership, the ASEAN Defence Ministers’ Meeting Plus, the ASEAN Regional Forum, and the East Asia Forum, can also be helpful in Southeast Asia’s meek security scenarios.

Conclusion: The Indian Navy and the South China Sea – A cause of dismay for China

Elevating the importance of the South China Sea as far as the top decision-makers of Indian naval strategic thinking is concerned remains a longstanding aim and no less a strategic objective for the IN. The South China Sea is a region that is not just subject to innumerable and controversial territorial disputes but also to frequent natural disasters and profuse numbers of ghastly and audacious attacks on merchant and service vessels.

These attacks emanate from the domain of maritime piracy and sea-driven crime – a matter of unitary concern for the Indian Navy. The region is home to numerous valuable waterways and chokepoints such as the Straits of Malacca, through which a large percentage of the region’s trade, via the medium of the high seas, finds A way to its destinations.

The Indian Navy’s presence may also seek a permanent demeanour in the SCS, owing not just to the direct and indirect threats (through its maritime militia) posed by the PLAN but also to ensure the pursuance of allied objectives such as the security of India’s offshore projects, such as those in the Exclusive Economic Zone of Vietnam – a region known to often bear the brunt of Chinese over-exertions.

Jay Maniyar
The author is a Research Associate at the National Maritime Foundation in New Delhi, India. The views expressed above are in a personal capacity, and do not reflect the views of his employers. He can be reached via email at jaymaniyar@gmail.com, and can be contacted on the professional networking platform, LinkedIn.
Tags:
Galwan Valley Peoples’ Republic ASEAN Indian Maritime Strategy Quad Indian Maritime Doctrines China Maritime Domain India Republic of India Multilateralism United States South China Sea Indian Navy Maritime Security
Share:
Share this...