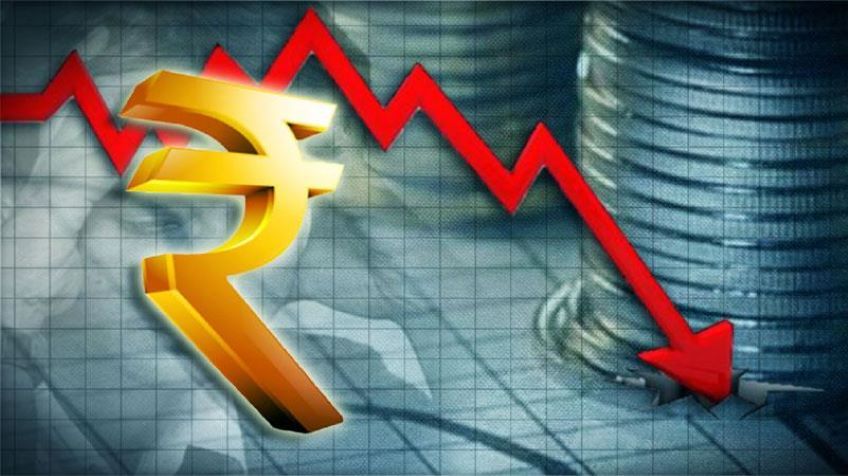 On one hand, India is dealing with a major health crisis and the recent surge in cases with the country recording the highest one day spike in cases for the past month and subsequently becoming the world’s second-largest COVID-19 affected nation with over 40 lakh cases. The health sector is one the verge of collapse and states are unable to generate their expenditure, asking centre government for funding to help them sustain amid the pandemic.

On the other hand, India witnessed its first economic contraction in four decades, when the GDP shrunk by 23.9% in the April-June quarter. The economy is expected to contract further in the next quarter as well pushing the nation into a state of recession. While the economic growth has been declining for the past couple of years, the pandemic added more pressure to the economy with nationwide lockdowns disrupting supply and demand chains. International Monetary Fund chief economist Gita Gopinath on Wednesday said that India’s economy may have shrunk the most among G20 nations in the April-June quarter of 2020.

Although government spending increased by 16% in the quarter because of relief measures taken by the government, it could not make up for the contraction in other sectors. Massive disruption of activities all across the sectors led to economic distress. The government data shows that apart from the agricultural sector which grew at the rate of 3.4% every other sector of the economy has contracted. The relief package of $266 billion announced by the Modi Government in May, could not avoid the economic slump while the manufacturing, construction, tourism, hospitality and transport industry which account for 45% of the GDP failed to recover from the slump even after lockdown restrictions gradually lifted.

Fear and uncertainty developed among the general public because of unfavourable conditions caused by the pandemic, people started hoarding and saving money to prepare for any future crisis as their income and purchasing power decreased. This led to a significant fall in market demand ultimately leading to a fall in overall private consumption, one of the major components of the GDP. Similarly uncertain markets discouraged investors from investing in the market owing to the high risk of loss, resulting in a drastic fall of private sector investment. A drop of Rs 5,31,803 crore in private consumption or 27 percent (compared to the same period last year) has been the key driver behind India’s economic contraction. Private sector investment falling by Rs 5,33,003 crore follows closely behind, with the two components collectively accounting for 88 percent of the total GDP shrinkage.

Another major impact of falling GDP and economic distress has been on employment, with the unemployment rate rising up to 10% in the month of August in the formal sector. According to reports by a Mumbai based think-tank, Centre for Monitoring Indian Economy, over 18.9 million salaried individuals or 21 percent of the overall workforce had lost their jobs due to the pandemic as of July. The figure has worsened in August.

Low-income workers and daily wagers are the most impacted amongst the whole population, they relied on wages to sustain their livelihood and lockdown forced them to shut their services. Being unable to survive in big cities they were forced to travel back to their hometowns facing numerous difficulties. With their assets declining and debts rising they have been pushed into poverty. The coronavirus pandemic is pushing millions of Indians into poverty and eroding the hard-fought gains made in the past two decades, the World Bank said.

While economists around the world forecasted that all COVID-19 affected nations would witness a fall in economic growth and the quarterly data of all nations did reflect the contraction but India’s GDP contraction has been the worst amongst all nations. Modi government’s ambition of making India a $5 trillion economy by 2024-2025 seems like a far-fetched dream now. Although the government has introduced a massive stimulus package of almost 10% of the GDP and has also announced various measures for credit creation and increasing market liquidity, it benefits on the economy are yet to be seen, the economy is still in a state of recession. At the same time, Finance Minister Nirmala Sitaraman’s statement describing the GDP contract as the “act of god” made matters worse implying the government’s lack of planning regarding the economic response to curb the crisis. Economists around the world are suggesting the Indian economy is expected to deteriorate for the next few quarters and will be able to revive by next year provided the nation is able to flatten the COVID-19 curve and reduce the fear of the virus and amongst its citizens and market uncertainty; it has become extremely crucial for the government to act in the forefront and introduce drastic measures to come out of this deep economic slump and safeguard its citizens while doing so.