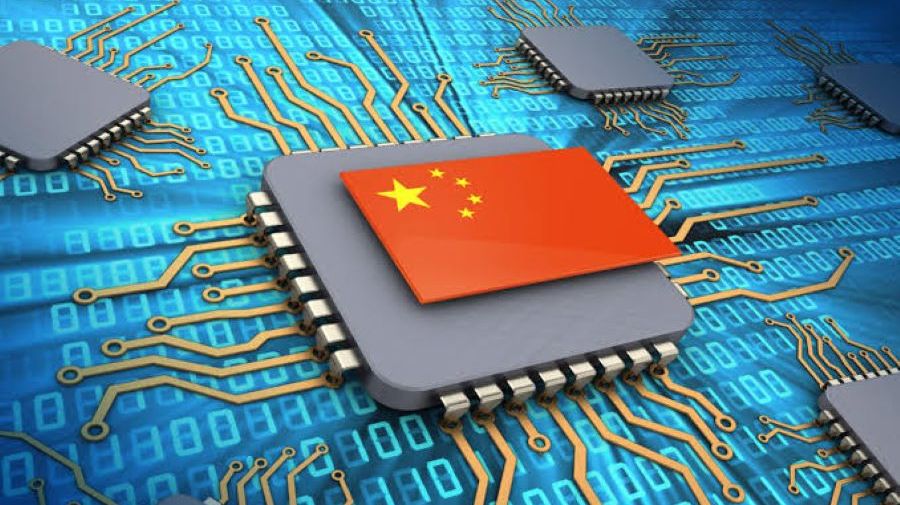 The deadly clash between the Asian giants, India and China in Eastern Ladakh, which claimed at least 20 Indian soldiers’ lives and an unknown number of Chinese casualties, led to the ban of 59 Chinese apps by the Indian government. The popular Chinese app, TikTok which crossed more than one billion downloads in 150 markets worldwide and 75 languages, received heavy criticism by the Indian government and Cybersecurity analysts. The Indian Ministry of Electronics and Information Technology said, “The Chinese apps were stealing and surreptitiously transmitting users’ data in an unauthorized manner to servers which have locations outside India”. Though TikTok has repeatedly denied the claims made by the Indian government on sharing users’ data with the Chinese government, the National Intelligence Law of China legally obliges the tech start-up to assist the Chinese government in “intelligence work”.

The National Intelligence Law, enacted on 27th June 2017 as a part of Beijing’s six years old campaign to tighten its security legislation, uniquely defines the national security implications of allowing TikTok to operate in India or any other country. The law is a part of an interconnected package of laws that are aimed at strengthening the legal basis for the Chinese Communist Party’s security activities and requiring enterprises and organizations to cooperate. Dr. Scott Tanner, a Chinese Law Enforcement expert states, “The laws on Counterespionage (2014), National Security (2015), Cybersecurity (2016), Foreign NGO Management (2016), and the Ninth Amendment to the PRC Criminal Law (2015), the Management Methods for Lawyers and Law Firms (both 2016), and the Encryption Law and the Standardization Law are a part of China’s security and intelligence activities”. In addition to that, Amnesty International expressed concerns over Beijing’s National Intelligence Law. The organization stated that the national security legal architecture poorly defines concepts of “intelligence work”, making it prone to risk and violation of human rights.

Cybersecurity analysts in the past have warned against the use of Chinese apps and telecom companies citing the National Intelligence Law. In addition to that, the same has been argued in the campaigns to persuade Western countries to not allow the Chinese companies to build their next-generation 5G wireless networks. The Law entails that Chinese companies are legally responsible for providing access and support to the Chinese government in the intelligence-gathering work. Article 7 of the National Intelligence Law authorizes the Chinese government’s deliberate integration of the public and private digital landscape, which requires Chinese citizens and organizations to cooperate with state intelligence work. While the Law remains obscure and vague in terms of national security and intelligence work, Article 11 further increases the risk associated with Chinese entities or companies operating overseas. Article 11 authorizes the Chinese Intelligence agencies to collect and process information about any activities of “overseas entities or individuals” which jeopardize the national security and interests of China.

The Case of TikTok

After the Indian government banned TikTok and other Chinese apps, Zhang Yiming, the CEO of TikTok and the founder of its Beijing based parent company, Bytedance has been repeatedly denying associations with the Chinese government. The move of India was globally praised as also by the United States Secretary of the State, Mike Pompeo. In addition to that, Christopher Ahlberg, the chief executive of Recorded Future, a Cybersecurity company in Massachusetts that analyzes and collects threat intelligence, stated that Indian concerns are valid. While the TikTok has been struggling with the Indian move, the application of National Intelligence Law on Chinese parent company (Bytedance) having subsidiaries (TikTok) based overseas cannot be ruled out. In 2018 the lawmakers in the United States raised concerns over the influence of TikTok and its cooperation with China’s interests of global dominance. The Guardian revealed in a report that TikTok censors videos on sensitive issues that do not align with Xi Jinping’s draconian policies such as the Tiananmen Square incident, Tibetan Independence and the Hong Kong protests. The censorship not only further Xi Jinping’s policies of dominance under the architecture of National Intelligence Law but also violates the United States’ idea of freedom of speech and expression.

The Centre for New American Security published a testimony by Kara Fredrick in 2019, which highlighted the risk associated with TikTok and similar apps. Fredrick stated that such apps target teenagers and adolescents for sustained and unfettered access to a high volume and variety of personal data, both biometric and behavioral with high commercial value. In India, 41% of TikTok users are within the age bracket of 16-24. A survey in May 2019 suggested that almost half (46%) of users in the age group of 18-24 year olds accept tech privacy agreements without reading it. The same behaviour gave a bargaining chip to TikTok to have overwhelming access to consumer data.

The Indian Ministry of Electronics and Information Technology raised concerns as TikTok stores users’ data outside India. While the National Intelligence Law authorizes the Chinese government to access the data and information stored with TikTok, the same framework of storage may oppose India’s national interest as the data is subjected to that country’s legislation. Additionally, it remains pertinent to note that the Indian lawmakers and citizens possess fewer insights into data security practices of foreign-owned technology practices. In May 2019, Quartz published an article which suggested that TikTok’s previous version of privacy policies allowed data on the app to be shared with members affiliated to groups in China. In addition to that, the app has been blamed for spreading religious and caste-based hatred coupled with political tensions in the country.

Though TikTok has been trying to change its policies and even change the location of its offices, the National Intelligence Law coupled with other laws in the same legal architecture legally oblige the company to share data with the Chinese government. The Indian move sparked similar actions in the United States which was expressed by the Washington Post. While it’s important for the democracies to ensure the data safety of their citizens, they must watch out for investments and cooperation with the Chinese Tech companies. As Beijing attempts to spread authoritarian values in the technology environment, the democracies must act and limit the participation of Chinese tech giants in 5G Networks and social media ecology. The National Intelligence Law is a reflection of Chinese policies that make “spying” a legal obligation which is evidently threatening to the national security of India or any other country.

Disclaimer – This article was originally published in the Patriot Review.