The Possible Escalation of India-China Faceoff 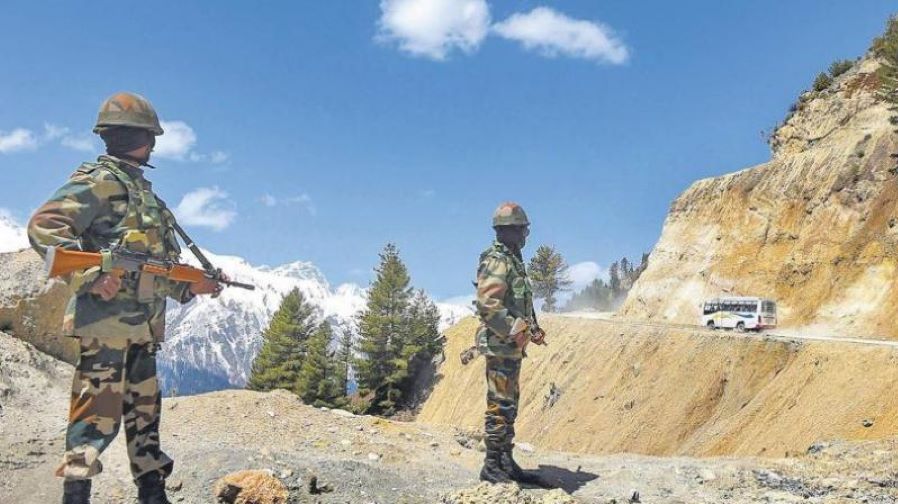 The ground situation in Ladakh’s Pangong Tso Lake region is serious and simmering. A Newspaper report suggests that the Indian Army has thwarted a pre-empted Chinese attempt to ‘unilaterally change’ facts on the ground. The on-going military tussle signals the gravity of the faceoff which seems likely to escalate into full-scale war if immediate measures are not taken by both the countries. Since all diplomatic efforts seem ineffective so far, a new approach towards normalizing the escalation is something both India and China could search for a lasting solution to the conflict.

The India-China standoff, which began in early May 2010 and which climaxed in the killing of 20 Indian soldiers and 43 Chinese troops in mid-June at Galwan in Ladakh, appears to be consequential since Bipin Rawat, the Chief of Defence Staff (CDS) spoke of a military option against China if diplomatic and military initiatives fail to deliver. The next day, the Punjab Chief Minister Amrinder Singh forcefully put emphasis on strengthening the army since a war with China means also a war with Pakistan. We believe Prime Minister Narendra Modi who assured the nation that no intrusion has taken place within the Indian Territory and we believe that our armed forces are capable enough to protect the border.

In a historical perspective, any conflict with China must be seen as critical; that the two most populous neighbours in Asia with sufficient nukes to destroy each other; in fact, China possesses more than double nuclear weapons compared to India, a full-scale war will be hugely devastating. There is a news report of China deploying nuclear weapons near the Indian border. India, on the other hand, is in preparation for confronting any war-like conflict through talks while maintaining strategic autonomy to safeguard the integrity of the country. As the world watches with apprehension, the India-China conflict could be horrible in terms of human casualty, and if at all, Pakistan gets involved, as Amarindar Singh warns, the scenario will be even catastrophic.

There is a strong commitment in the words of CDS Rawat that India will not get bogged down by the Chinese inherent objective to get its troops stationed at the strategic points. It shows, very rightly, our strong resolve to fight to protect and China must understand India, in no case, is ready to accept its expansionist intentions. Carrying the burden of 1962 lessons on the back, India is no position to buckle under pressure albeit war, as Rawat says, could be the last option. Even if, as Amarindar Singh warns, Pakistan tries to play adventure or takes advantage of India’s engagement with China, India possesses sufficient men and material to thwart enemies on the two fronts at a time since in such a scenario world powers like the US and Russia will not stay sit as mere spectators.

It is highly likely China does understand India’s might and commitment and will not opt for a more aggressive, pro-active policy in Ladakh; the US-China strained relations offer a healthy turf for India to bat on tough with China. The question is how far Modi-Trump friendship does go from here? India, as has been our policy roadmap and in the pursuit of strategic autonomy, should continue to profess and practice the peaceful approach to resolve issues but not at the cost of territorial integrity. India will never accept expansionist heist either.

In the midst of numerous valued suggestions, mostly countering China on economic push, by experts and analysts, this one seems rather practical and visionary in order to de-escalate border tension and return to normalcy. In place of the egoistic and haughty approach, India must adopt a practical outlook of give-and-take policy to ease the border faceoff. An escalation of faceoff into a full-scale war offers horrendous consequences for both the countries; China, on the other hand, must understand India is not going to give in to its policy of intrusion whether in Arunachal Pradesh or Ladakh anymore.

A full-scale war at this stage is not viable since India faces a tough time like the Covid-19 pandemic, worsening economic situation and massive unemployment. Perhaps China has known our Achilles’ heels; it is in the interest of the country to better decipher and analyse weaknesses of China. If there is an urgent need to explore China’s moves, there is also a pressing diplomatic initiative to normalize bilateral relations with Nepal and Bangladesh. The question of matching the Chinese economy is one crucial area where the Modi government’s initiatives like Aatmnirbhar and vocal for local and local for global could be a bold step towards self-reliance. Attaining self-reliance in productions and marketing of manufacturing goods including military equipment, gaining new markets and making more friends, instead of making fun of Chinese products at reality shows and creating jokes, will be of some concrete and sincere efforts that India could explore for adding strength to our military preparation.

Not only China accuses India that its troops have crossed LAC, it also audaciously boasts that China is far more powerful than India and that India is no match for China, and that China does not care if India fetched support of the US. No doubt, China speaks of open warning, of its military might and of playing gallery to its population. This kind of provocative writing maybe diplomatic propaganda on the part of Chinese establishment or pre-war tactic India must not get affected by such rhetoric. Even if the world knows the comparative military strength of both the countries China should realize the fact that war is more about skills and temperament than the stockpiles of men and material. The whole country stands behind the Indian Army to safeguard our borders. However, efforts to de-escalate the present standoff should be given priority, and as Rawat suggests, the military option is the last resort.