Biden vs Trump: How the American Political Parties Appease Indian-Americans for the Vote Gain 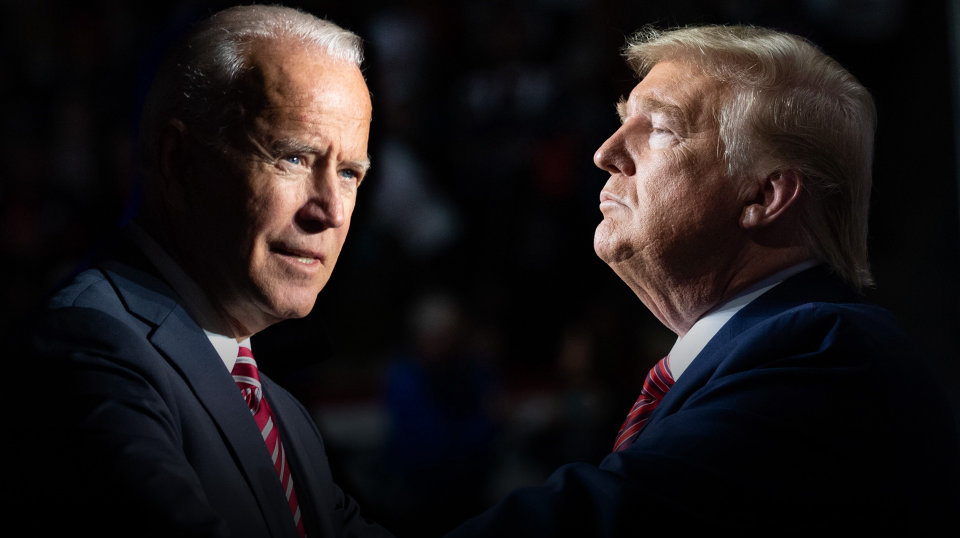 As the US Presidential Elections 2020 approaches its final stage, various aspects with respect to the importance of the voters are being emphasized on, with the votes of Indian-Americans being of top priority for both Donald Trump and Joe Biden.

As the Indian-Americans tend to vote for the Democrats, they have been a strong voter base for them, however, a change in this trend was observed in the 2016 US Presidential Elections- the Indian-Americans started to lean towards Trump. As they feared higher taxes and more government regulation, many Indian-Americans voted for Trump, a Republicans Presidential candidate for the first time. Even though the swing states play an important role in such elections, they are specifically more significant when it comes to the Indian-American voters as out of 2.5 million, 1.3 million of such potential voters reside in the swing states. Out of the eight swing states, Michigan, Pennsylvania and Wisconsin are important as the number of Indian-American voters in these states is enough to determine the victory of the Presidential candidates. This observation was made in 2016 also where Trump won the US Presidential elections as he won in the respective three states by a narrow margin. Therefore, it is important for both the candidates to gain votes from these states.

Several factors are significant while analysing the Indian-Americans’ vote. Over the span of four years, Trump has helped and supported India in several ways. The political ideology of both Trump and PM Narendra Modi is similar- their policies tend to be regressive in nature, which is why their leadership pattern is similar. For instance, Trump never raised objections regarding the removal of Article 370 of the Citizenship Amendment Act (CAA). His non-interference in India’s domestic issues is what the Indian Americans tend to appreciate. Furthermore, the Trump-Modi partnership, where both the leaders conduct rallies i.e. Howdy Modi and Namaste Trump, tends to be influential on the Indian-American community and shows that the respective leaders have great importance and respect for this community. This, in turn, has increased both Modi and Trump’s support base. Moreover, knowing that religion is important to the Indians, he attracted the Hindu Americans clout by introducing policies to counter radical Islamic terror, followed by which he implemented the Muslim visa ban. The Hindu-Muslim debate is now being used not just in the Indian but American politics as well, which does seem to have an impact on the voters, which again shows the regressive approach followed by both Trump and Modi.

Another important factor to consider while analysing the voting behaviour is China- US’s biggest enemy and currently attacking India. The bitterness between the US and China is evident. The fact that China has been passive-aggressive with India i.e. the India-China border conflict gave Trump a perfect opportunity to threaten China, which further showed that he supported India which in turn helped him to gain the Indian-Americans’ trust on the way he will act against China’s expansionism, which helped him to get the Indian-American votes. This particular factor is a mixture of both — American politics and Indian politics which makes it more significant for the Indian-Americans and hence is one of the most important factors to consider.

Biden’s appeal and the Harris factor

Believing in human rights, Joe Biden heavily criticized the CAA decision taken by the government, due to which the Indian-Americans were disappointed. Furthermore, in his ‘Agenda for Muslim-American communities, he spoke against the decisions India took for Jammu and Kashmir i.e. revoked Article 370, which was not appreciated by the Indian-Americans, including the long-life traditional Democrats. In recent years, the Indian-Americans feel threatened when they hear criticism against PM Modi or his government; they feel that their sovereignty is being attacked. The Democrats are more popular for criticizing India than for supporting them, due to which their strong Indian-Americans’ voter base is falling apart and leaning towards the Republicans. The disagreement over such decisions (CAA) proves the fact that Trump-Modi being regressive bond well with one another.

Apart from these factors, Biden is known to be India’s friend. When he was the vice president in the Obama administration, they supported India’s bid to get a permanent seat on the UN Security Council. Furthermore, the strong points of Biden emerge from the failures of Trump- be it the mismanagement of the pandemic or the high unemployment rates, Trump has been criticized to a great extent for the way his management tackled such problems. The issue of H1-B visas arose which was heavily criticized. Furthermore, the employment factor is important for Indian-Americans; whether they are salaried or self-employed. If they are salaried, they are more likely to vote for a Democrat. Furthermore, the Indo-US civil nuclear deal will be finalised if Biden is elected. He often talks about how the US-India relationship will be the top priority. ‘’My dream is that in 2020, the two closest nations in the world will be India and the United States’’ said Biden.

Weighing all the factors, choosing Kamala Harris as the candidate for Vice President is what will immensely help Biden to get the votes from the Indian-Americans. Being from an Indian background, Harris belongs to this community and shares this ethnicity with the Indian Americans. She fills the void of lack of representation of Indians and black women in such positions, which is the biggest catch.  In her speech at the Democratic National Convention, she mentioned her Indian roots. Knowing that families and values are important for Indian, she did talk about her family, her mother and the values she inculcated. Furthermore, her works as an attorney general for the black community show that she does acknowledge the problems faced by them and addresses them to her best capacity. However, the biggest drawback of Harris is the fact that she is a pro-cop. If we look at it from the lens of the importance of American politics in the voting behaviour of the Indian-Americans, it is a huge factor, however, the fact that she is the first Indian and woman of colour to fight for such a post tends to weigh more than her drawback and hence, the Indian-Americans are in favour of her.

1 reply on “Biden vs Trump: How the American Political Parties Appease Indian-Americans for the Vote Gain”