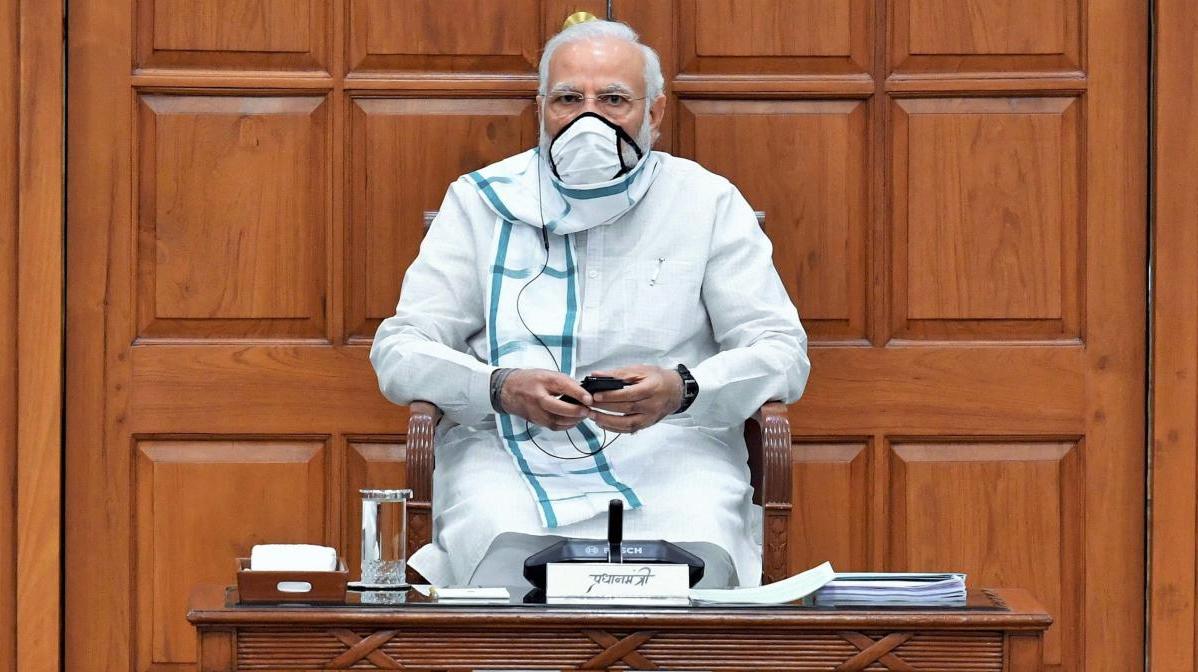 India, like the rest of the world, is in the midst of the pandemic. Every nation embroiled in the clutches of the COVID-19 pandemic has adopted different legal instruments at their disposal to cope up with such an unprecedented crisis. To combat the spread of the virus, India has invoked the Disaster Management Act of 2005 as the overarching legal tool along with the Epidemic Act of 1897. Accordingly, India has declared the pandemic as a ‘notified disaster’. India is one of the most populous countries in the world with a relatively fragile health infrastructure. Most importantly, at present India is witnessing rapidly rising coronavirus cases. Under the circumstances, it seems imperative to assess how the Indian state’s perception of the pandemic as a ‘disaster’ is shaping its response to the present crisis.

Calling it a ‘Disaster’

Quite a voluminous assessment of the Disaster Management Act of 2005 and how it is being used in the current situation has already been done and this column is not intended to reiterate the same. Rather, it makes an attempt to understand how India’s labelling of the pandemic as a ‘disaster’ has shaped its actions. First, it is crucial to ask why India had to invoke a Disaster Management Act in order to contain a health crisis like COVID-19. The Epidemic Act of 1897 which is more than a century-old piece of legislation is archaic and hence inadequate for tackling the pandemic in the present times. Therefore, India needed some other legal instrument that can supplement the dated Epidemic Act.

Indeed, fighting COVID19 in a country of India’s size and complexity has become a herculean task. In order to implement physical distancing and discourage people from stepping outside their homes, it would require an extremely effective and stringent legal mechanism. On one hand, India didn’t have a comprehensive legal regime for facing a health crisis of such a humongous proportion. On the other hand, the government was unable to pass timely legislation when the Parliament was in session (till March 23) despite the imminent COVID19 threat gradually looming large over the world since the end of January. So, the central government felt compelled to invoke the Disaster Management Act which alone had the provisions which could be used for imposing a nationwide lockdown that appeared to be the need of the hour. The Act in entry 2 (d) has defined disaster as “a catastrophe, mishap, calamity or grave occurrence in any area, arising from natural or man-made causes…”. The Act categorically doesn’t include epidemics in its definition which amply suggest that the act was not originally meant for dealing with a health crisis. Despite that, India has invoked the act to fight the health pandemic. Hence, treating a health crisis as a ‘disaster’ has some deep-rooted definitional as well as instrumental ramifications shaping India’s response to the pandemic.

Externalisation of the Pandemic

It is interesting to note how labelling the pandemic as a disaster instead of calling it a health crisis has automatically shaped the path of dealing with the pandemic in a certain way. First, it has led to the ‘externalisation’ of the disease. A disaster is usually perceived to be caused due to a force that is alien to our lives and usually intrudes into our internal space to create havoc. Such allusion of externality to the coronavirus can also be found in Prime Minister Modi’s speech where he proclaimed a ‘war’ against the external enemy i.e. COVID19. Furthermore, PM’s exhortations to the citizens for lighting lamps and torches in the early period of the pandemic in order to symbolically fight the ‘darkness’ of Coronavirus reveals the State’s perception of the virus. In this context, Gopal Guru observed that such a reference “treats the problem, darkness” or the enemy (the virus) as “external to those who are holding the lamp.” Such insinuations further reinforce the threat perception of the disaster as a force that is outside our ‘internal spaces of safety.’ Many state governments restricted the entry of people from states with high infection clearly drawing the divide between the ‘insider’ as vulnerable and the ‘outsider’ as the carrier of the disease. Such an approach towards the health crisis has led to serious stigmatisation of not only the disease but also of the people suspectable to the infection and the ones who are getting infected. The societal prejudices against the ethnic and religious minorities, doctors, health workers and the internal migrant workers has been blatantly demonstrated. These vulnerable sections have been suspected by the people as the potential carrier of the ‘disease’ and hence the marginalisation of these sections as the ‘external other’ gained ground during the crisis.

Another outcome of labelling this health pandemic as a disaster has been the normalisation of the controlling measures by the state in order to curb the spread of the virus. As the pandemic-induced disaster is seen as a situation of serious contingency, it is undeniably true that implementing a strict lockdown and regulating the public movement is extremely necessary. But as the pandemic unfolded, the repressive state machinery appeared to have overplayed its hand in many instances across the country. Reports of police harassment, intrusive surveillance, governmental indifference and inadequate health assistance suggest the dangers of lack of administrative accountability in the midst of such a crisis. Especially, the jobless vulnerable migrant workers were not allowed to return to their native homes during the lockdown and were held up in the cities by the government due to the spread of the infection.

The Disaster Management Act of 2005 lays down in entry 71 that the actions of the national, state and district administrative authorities cannot be challenged except in the High Court and the Supreme Court. The pandemic has severely impaired the functioning of these higher courts in India. In this context, it has to be realised that mere punitive measures by the imposing brute state machinery to ‘discipline’ the people may not be enough to contain the pandemic. So, by terming the crisis as a disaster, the Indian state’s proclivity towards taming the ‘evil’ and ‘intrusive’ virus by stringent repression to a large extent seemed to have missed the imperative of care during such a humanitarian crisis.

The outbreak of the infectious pandemic has triggered unprecedented life and livelihood crisis for the people of the country. As the nature of coronavirus is highly infectious and India has a high population density, the spread of the virus is resulting in a large number of fresh positive cases in various parts of the country. Such a situation has warranted a more efficient and robust health infrastructure which has the capacity to provide healthcare to such a large number of COVID19 patients. India’s public health infrastructure has already been in a dysfunctional state before the pandemic. The emerging health crisis of such a huge scale has crippled the system further with limited testing capacity, shortage of hospital beds and inadequate treatment. In such a situation, accessing healthcare from highly unaffordable private hospitals is nearly impossible for the majority sections of the population.

Besides the health crisis, the pandemic has inflicted one of the worst economic turmoil all over the world due to prolonged lockdown. In India, the unorganised labour of the informal economy which constitutes 93% of its economy has been the worst hit due to joblessness and social insecurity during the crisis. A large section of unorganised labour who works as migrants in cities couldn’t return to their families residing in their native places due to the sudden declaration of the national lockdown. Caught in between economic hardship, health crisis and absence of family support, many of them were compelled to walk on foot to their native home as transport facilities were halted. This also led to loss of lives. Many were also forced to stay back in cities in the government shelters which had inadequate facilities. Even when they were allowed to travel home, they faced social stigma from the administration and community back in their native states as they were suspected of carrying the virus. As the unlocking has started in India, their condition are turning worse without adequate state assistance for basic survival.

Need for resetting the priorities

The Disaster Management Act might not be categorically designed for dealing with a health crisis. But the sub-section 3 (a) of entry 11 of the Act acknowledges the need for “preparedness and capacity building to effectively respond to any threatening disaster situation”. Also, entry 12 mentions about “minimum standard of relief to be provided to persons affected by the Disaster”. However, the situation in India clearly reveals that the state, despite some concerted efforts, has been unable to adequately deliver on the dual needs of healthcare and social security for the weaker sections during the pandemic. The emphasis on the repressive measures to deal with the ‘external enemy’, the pandemic which is seen as a ‘disaster’ might have overshadowed the necessity of state care and responsiveness to mitigate the crisis. Such a situation raises serious questions about the state’s preparedness in battling the pandemic as a ‘disaster.’