Japanese Politics: Abe’s Exit and the Next Heir 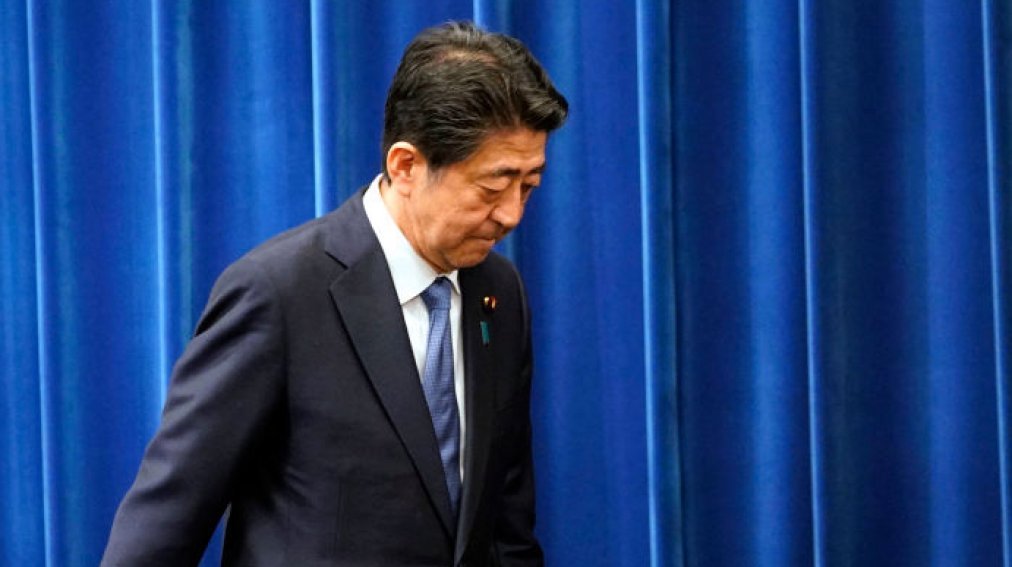 Japan’s political puzzle came again on the fore of world media when Shinzo Abe resigned citing health reasons after serving the premiership for 12 years, a rare irregular tenure in the government of Japan. A country that is a parliamentary democracy since 1945 has witnessed governments vulnerable to political instability and economic aspirations as do many other countries where democracy’s compatibility or political heritage has authoritarian traits. My maiden scribe in 2009 focused on two themes of Japan. First, Japan’s normal statehood in international relations, and second, domestic power shift when the Democratic Party of Japan entrant into government in 2009 to oust the hegemony of the Liberal Democratic Party that was in the business of politics for more than 70 years.

Any political scientist would say that to refresh or inject rejuvenation of politicking a healthy party system comprising opposition politics that would check and balance the governance. So that it would enrich the quality of government and governance. A rare political design in East Asia, Japan still has to embrace this political system comprehensively. But it seldom changes the ruling party dominating conservative nomenclature at least. The domestic political riddle can be overcome if political society does this contemplation to enhance liberal democracy. But this can be ensured neither so quickly nor sooner when the determinants of foreign and security policy govern the governmentality amid the belligerent and hostile neighbors in the Sea of Japan – the giant rise of China and the Koreas.

In such an extremely hostile situation, Japan has to navigate its journey to secure its peace and prosperity with dismal natural resources. However, it is equipped with its hard built technology, weaver-beaver human capital, and modern means to produce goods and services by tapping from external support systems of energy and raw resources. The days are going to be covertly rocky in politics given the immense strategic and economic pressures building up not only in Japan but also in the Asia-Pacific region and Indo-Pacific areas. But there is a silver lining to Japan that it can expand its business and investment in rising Asian powers – China and India and droppings of its prosperity shared with smaller and middle powers in the region. This economic strategic action can heave a sigh of relief to its ailing economy. Japan’s focus on the Asian Continent would enrich its soft power and diplomacy in the region. It would be a boon to Asians to achieve standards of modernity, development, and progress.

There are prospects and potentials that wealth and prosperity can be generated making the Asian century a living reality to us. To muster this ideational exploration, diplomatic flurry and political rapport on the backdrop of promoting democratic peace would be mutual understanding, cooperation, and benefits. This could be a sore agenda to its historical angst with China. Whereby being pangs of proximity the Chinese mandarins recall Japan’s imperial adventure of the past. The unknown story unfolding in the future of Chinese triumph would be managing its transition culminating from its economic policy kick-started in 1978. On the other hand, India can harness its political strength in economic endeavors without hassles from the diplomatic capitalization of India-Japan historical relations being like-minded democracies.

The change of guard in Tokyo would calculate these international determinants while assuming office not only tied to Asia-Pacific or the new Indo-Pacific region but also to its policy towards America and Europe. But the value enrichment it yields from Asia will be higher than anywhere else I believe. Policymakers must be recalibrating or subtly measuring and mulling over to enhance the power shift from the West to the East if there is happening substantively. Additionally, Japanese assistance to support human security relieves our unease and unwanted underdevelopment in the continent.

Likewise, Article 9 of the Constitution of Japan would be hotly debated and would possibly find safe landing in the Japanese National Diet to abrogate the self-defense army and restore to its erstwhile reset into the imperial-like an overture to grapple security dynamics posed by the military might of China and North Korea’s intermittent threats. This would be watched closely by Foreign Policy experts. They would estimate and gauge from the history of the trend and transformation of the intermestic politics of Japan. Similar to any puny but a giant in soft power and historical height, Japan can assert democratically in international relations with an exception and be convinced to negate its imperial temptations of blatant abuse of hard power in today’s world.

Shinzo Abe has an emphatic exit in the middle of achieving Abenomics. Abe tried a revival of the Japanese state to carve its due place in the region from passivity to a proactive synergy in diplomacy and politics. His next heir would be cogitating on these issues indubitably. Great powers would connect with the new helmsman in Tokyo towards fostering conducive relations in economic diplomacy. Abe’s successor could try to soothe friction in power politics against Japan’s emerging historical foes. In the contemporary globalizing world, governments of the day are anxious that unfavorable regimes would cause political and economic stress and hostile global issues that intrude and impinge the domestic affairs. The incumbent government has to stem the tide and time which are not in its favor and recalibrate its systemic functional operations. So as time goes by, the political echelon has to keep abreast of dynamics and keenly upgrade its quality of politics and deftly deliver the art and science of politics to reckon the emerging scenario in international relations.