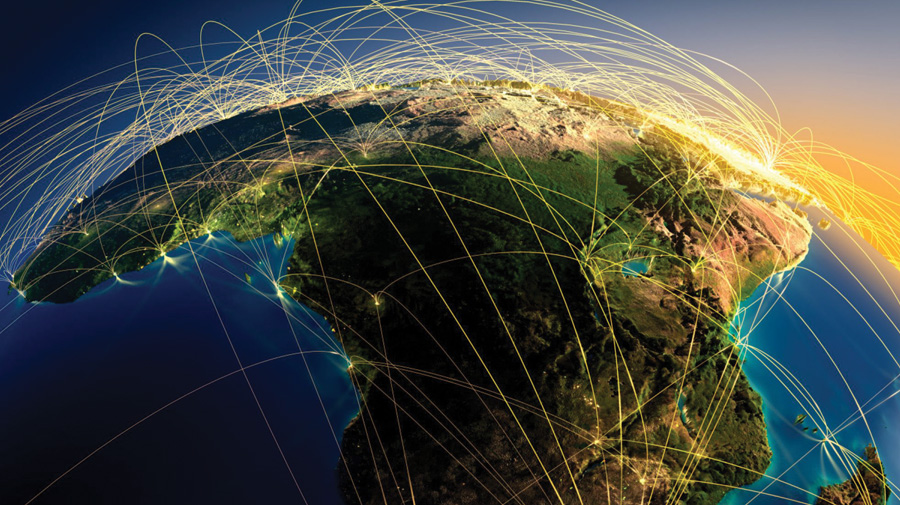 COMESA originated from the Preferential Trade Area (PTA) in 1981, which was aimed at promoting regional integration through the removal of trade barriers. Since its inception, COMESA has set as its priority to promote increased trade and economic integration in eastern and southern Africa, which was consistent with broader continental objectives of building on regional economic communities into an African Economic Community. In order to materialize such an outlook, COMESA put in place a series of important mechanisms, through which to promote free trade among the member states.

The Authority of Heads of State and Government, the supreme entity within the framework of COMESA, is responsible for making major decisions which will be binding on COMESA member states and other COMESA organs. The Council of Ministers is in charge of policy-making, monitoring and reviewing the functioning of COMESA. The COMESA Secretariat is trusted with overall coordination and providing support to the policy organs, monitoring the implementation of the provisions of the COMESA Treaty and the regulations and decisions of the Council. These three central mechanisms, together with other institutions see that COMESA can serve as a glue of its member states to coordinate efforts in market integration.

The COMESA Treaty provides for cooperation among the member states in a wide range of areas, including transport and communications, industrial development, energy, health, science and technology, agriculture and rural development, tourism, and peace and security, which maps out the long-term outlook of this initiative. At the current stage, COMESA has prioritized market integration, investment, blue economy, economic infrastructure and industrialization.

COMESA’s approach to regional economic integration follow a trajectory of progressing from a preferential trade agreement, to a free trade area, then to a customs union, a common market, a monetary union and, eventually, to a full economic community. The COMESA FTA, covering all goods traded between participating states, was achieved in 2000, and now 16 member states have implemented the FTA, eliminating customs tariffs and making endeavors to eventually remove quantitative restrictions and other non-tariff barriers.

The COMESA Customs Union, which is still in the process of being established, was launched in 2009 to boost the establishment of a common market by 2015, a monetary union by 2018 and the creation, of a unified trade and investment area in which tariffs, non-tariff barriers and other impediments to the intra-regional movement of goods, services, capital and people will be significantly reduced, if not completely abolished.

Although COMESA member states have made some progress in implementing some of its preset goals, notably regarding the COMESA FTA, there are still some external and internal constraints for the smooth integration.

Firstly, the low development level of member states constitute great challenges to its development momentums. The presence of a largely illiterate population of some member states means there is a huge gap of human resources and the poor infrastructure construction also slowed down the pace of regional integration

The heterogeneous nature of its members creates obstacles to the effective implementation of COMESA’s regional integration agenda. The wide gap between participating members in geographic circumstances, resource endowments, political settlements and national interests limit COMESA’s coherence as a regional entity, which explains why concerted regional collective action and the identification of common priorities had been one of the major stumbling blocks for its integration efforts.

Another hindrance is the marked differences in terms of culture, religion and political systems among member states, which breeds mutual distrust. A case in point is that even if the COMESA Court of Justice had been set up to promote the enforcement of COMESA agreements, it has yet to be fully implemented, mainly due to COMESA member states’ reluctance to use dispute settlement procedures against one another.

Externally, COMESA also needs to compete with other alternative regional economic initiatives, such as the Southern African Development Community and the East African Community. Some member states were considering retreating from one of the two organizations, which impeded the influence of COMESA. In fact, the achievement of COMESA is far from adequate even after decades’ development. More coordinated efforts should be made for the COMESA to meet its goal of the African version of EU or ASEAN

For all the limitations, COMESA, with its 21 Member States and a population of over 540 million and global trade in goods worth US$ 235 billion, boasts clear-set goals of promoting high-level regional integration. The goal of monetary integration, if realized, will greatly enhance the economic integration of the whole community, which will bring about many positive effects and boost its internal integration. It is projected that its membership will continue to be expanded and COMESA will be very likely to become the African Regional Economic Organization.