Diplomatist > Asia > Home Featured > China Before and After Xi

China Before and After Xi 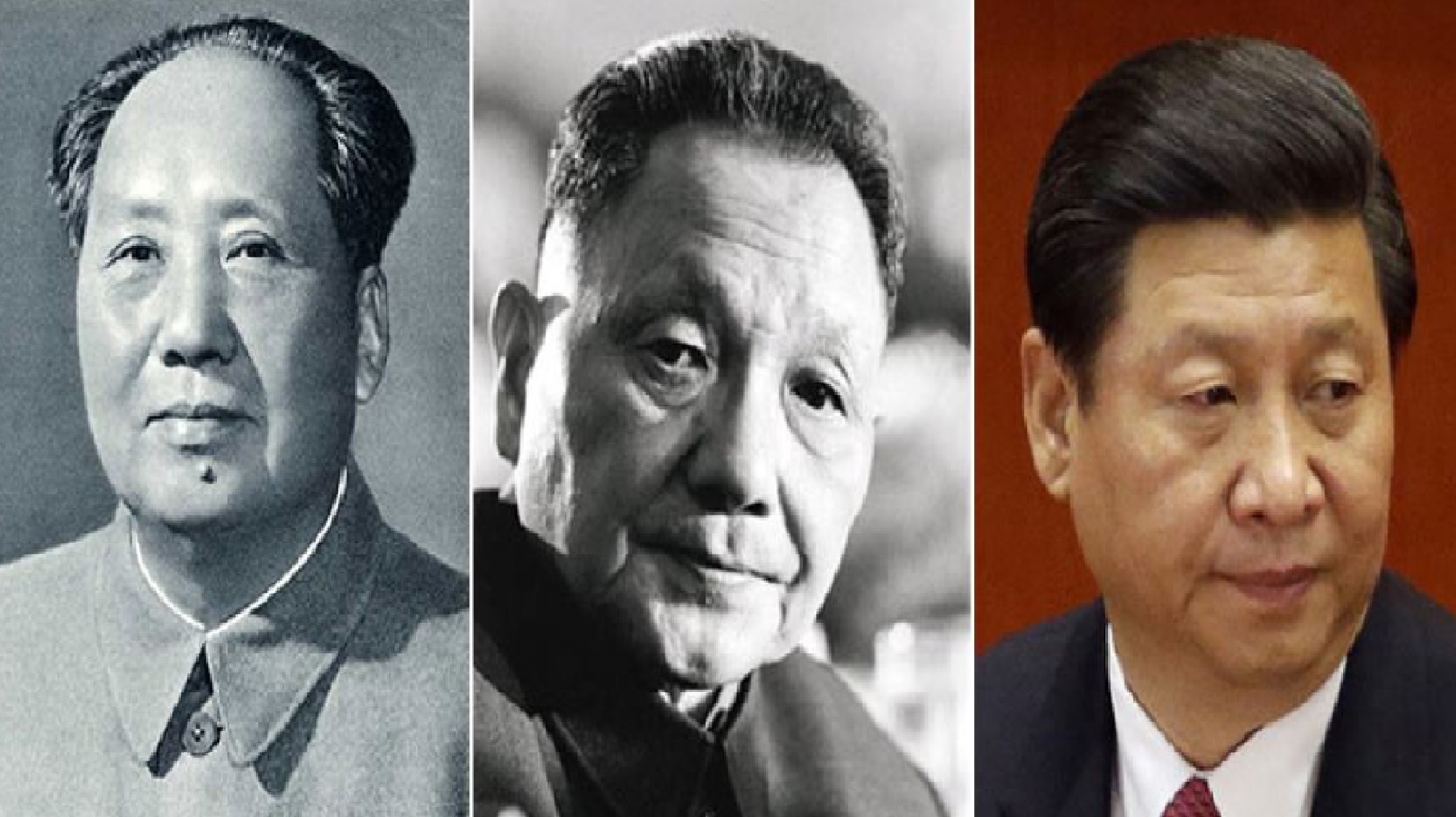 In the early 1970s, Zhou Enlai – China’s very first Premier and a most brilliant diplomat – was asked about the ‘impact of French Revolution’. He famously quipped, “It’s too soon to tell”.

An Alternative Model of Development: the Beijing Consensus

The Chinese success story starting from the economic reforms of the 1970s and modernization undertaken by the ‘architect of Modern China’ Deng Xiaoping, seemed like bringing Zhou’s prophecy to life. Unlike the Soviet Union, it didn’t fall apart. Unlike the Communist regimes of the past, it successfully resisted the political reforms. Deng said, “it doesn’t matter whether a cat is black or white; if it catches mice, it’s a good cat”. So, China embraced liberalization and a free-market economy while maintaining a Dictatorial one-party political model and continued to register double-digit GDP growth rates for three decades.

Chinese economic progress was unprecedented in history, making it the second-largest economy in the world. It increased its per capita income fifty folds since 1980s. Eight hundred million Chinese were lifted out of poverty, while China became the factory of the world. The Chinese model of development – the Beijing Consensus – was being studied and even plans for its emulation were made in the developing world. The Beijing Consensus even provided an alternative to the Washington Consensus institutions – the World Bank and IMF – as the Asian Infrastructure Investment Bank (AIIB), setting the tone for the alternative global order.

In fact, China was becoming increasingly popular in Africa for undertaking projects or giving loans due to its non-judgmental attitude on the human right front and lack of any conditionalities attached to governance and fiscal probity, unlike the Western nations. China’s termed this as ‘mutual respect and political equality’, the Chinese Exceptionalism on the foreign policy front.

However, that was the time, China followed its ‘peaceful rise’ policy. The term became popular during the rule of China’s former President Hu Jintao, but it was based on the Deng Xiaoping’s principle, China must develop a stable external environment so it is conducive to international trade and investment. Acting on the principle Deng opened diplomatic relations with the US and set aside maritime disputes with its neighbours. Until Xi, more or less China followed the same principle on foreign policy front with the US and its neighbours, and it helped in making leaps and bounds of progress on the economic front.

End of History, or not?

Kerry Brown of King’s College London, an expert on China’s Politics and History, wrote as recently as in 2018, “If China succeeds in creating a future with no political reform, but a fully modernised economy, then theories of development will need to be rewritten. In that sense, China is a threat to an intellectual consensus.” The Chinese model called ‘China’s Exceptionalism’ was a puzzle for the Political Scientists – a direct challenge to Francis Fukuyama’s ‘End of History’ debate which establishes Western Liberal Democracy as the end-point of mankind’s ideological evolution and the final form of human government.

This question had indeed become rather popular during the past decade: Can economic prosperity substitute the need for liberty and self-determination for mankind? The Chinese model was a living example. A dictatorship has certain advantages over a democratic system on decision making and execution front, which can be accomplished much more swiftly in the former, thus producing better outcomes on what’s set to be accomplished.

Little did anyone know that the flight of the dragon was to enter tumultuous weather. Politically, on the institutional and ideological front, Deng had made a very important contribution by placing certain checks to prevent the return of one-man rule or development of a “personality cult” after Mao, to ensure that autocratic rule does not return again. In the 1980s, the two-term limit for the senior government leaders was included in the Constitution and an age limit of sixty-eight years was fixed, which was followed as a norm. This was to prevent leaders to stay indefinitely in power. In 2018, this rule, that was followed for two decades, was removed by amending the Constitution and Xi was appointed President without term limits. Just a year before that,  the Constitution was amended to add Xi Jinping Thought, as a part of it. The personality cult that Deng wished so much to avoid, is here to change not just China, but the world – geopolitically and economically.

Xi Jinping took over the reign of the party when corruption had become high and economic growth was slowing down. It was his low-profile image, comfortable with commoners, and his promises on anti-corruption front, as against the other flamboyant contenders, that won him the Presidency. He began his first term with massive nationwide anti-corruption campaign “slaying tigers and swatting flies” targeting all kinds of corruption big and small. He also focused on curbing waste. These things during his first term won him some legitimacy. However, Xi also used this time to concentrate his power, often taking rivals down through anti-corruption campaigns. Party discipline had been high on his agenda, so is excessive censorship and mass surveillance.

Hiding the information about Covid-19, united the whole world against China seeking accountability. This led Xi to unleash an aggressive foreign policy towards Chinese neighbours and the US, to deflect domestic outrage against international isolation, Corona casualties at home and economic distress. Nationalism was used as a tool to distract a disenchanted public. So, Hongkong’s draconian National Security Law was brought in.

Recently expelled, Cai Xia, a former professor at Central Party School of Chinese Communist Party – who interestingly taught ‘democratic politics’ – was the third prominent person to be disciplined in the recent months and claims Xi faces widespread opposition in his own party. While blaming Xi for “making the world an enemy” and hiding information about the Coronavirus, she stated that he provoked conflict with other countries including India and creating anti- American sentiment to divert attention from domestic economic and social tensions. She explained he is doing all this to consolidate his position and authority. She also claimed that the Chinese Communist Party (CCP) is trying to “infiltrate” global institutions and spread Xi’s totalitarian ideals and appealed the international community to unite to stop them. She divulged that the aim of CCP is to replace modern democratic systems with their own model of governance (basically to export their ideology just the erstwhile Soviet Union) and called US to double-down on its hard-line approach towards Bejing.

Not surprisingly, a new shakeup has begun in China called ‘drive the blade in’ and ‘scrape poison off the bone’ for rooting out disloyal members from high Government offices like judiciary, police, security services etc.

The Era of Xi: What it augurs for China and the world?

The question is what will Xi lead China and the world to? Cold War II has already begun, though this time with a different set of actors. The undergoing US trade war with China – which has joined in by Australia as well as India now, while Japan incentives its companies to move out of China – is going to make China’s already distressed economy worse, especially with the slump contributed by Covid-19. Though much will depend on the outcome of the US Presidential elections, however, for now, it seems that even if Joe Biden takes over the office, he will continue with the present hard-line approach towards China – albeit a less intense one.

For the world, the danger of war if not World War III, amidst nations with nuclear powers and most sophisticated military technologies, is very real. Not very good news for the ailing global economy either. What about the Chinese people? Will the distressed economy provide fuel to the suppressed demands for liberty and democracy? Not immediately, but if the situation continues in the long run, then things are surely going to get out of Xi’s hand: the opposition will rise in the party as well as amongst the Chinese people. However, it might just be a change of leadership, a more moderate face than a full-fledged democratic transition. Everything will depend on Xi’s capability to salvage the economy. Though for the near future, Xi seems safe on his throne.

Zhou, how much longer does the world need to wait for the verdict?

2 replies on “China Before and After Xi”