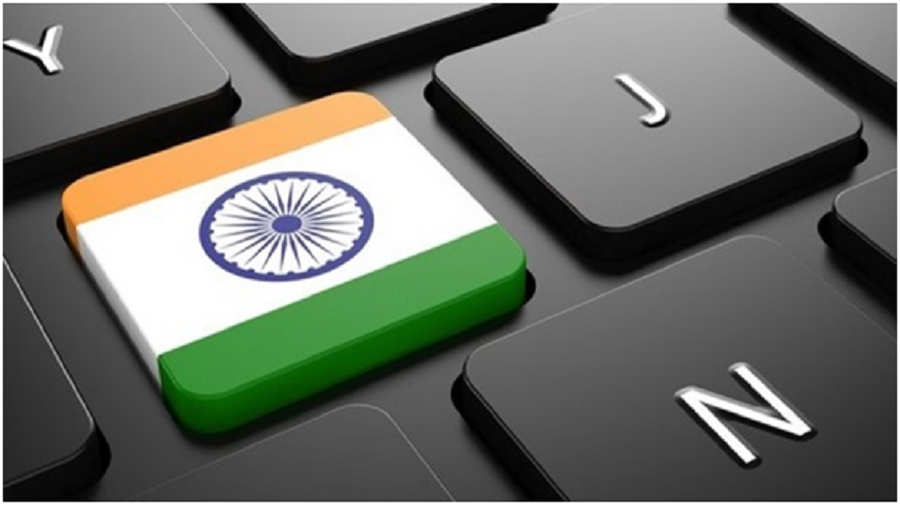 The Information Technology (IT) industry is an essential component of the technology-driven knowledge economy of the 21st century. In fact, globally India has been recognised as a knowledge economy due to its impressive IT industry. The IT industry mainly encompasses IT services, IT-enabled services (ITES), e-commerce (online business), Software and Hardware products. This industry is also instrumental in creating infrastructure to store, process and exchange information for important business operations and other organisations. The IT-based services and products have become indispensable for flourishing any business enterprise and accomplishing success. This industry has a conspicuous impact in improving the productivity of almost every other sector of the economy, it also has huge potential for further accelerating the growth and economic development. Information Technology not only contributed to the economic development of the country but it has also made governance more efficient and responsive. It has made access to government services and information easier and inexpensive. Information technology has also made management and delivery of government service ( such as health services, consumer rights, etc.)  more effective with enhancing transparency.

The growth of the IT industry in India is unprecedented across the economies of the world. All the sub-sectors of this industry (hardware products have relatively seen less progress) have made strides in revenue growth in the last two decades and fueled the growth of the Indian economy. The rapid advancement within the IT industry and liberalisation policies such as reducing trade barriers and eliminating import duties on technology products by the Government of India are instrumental in the growth of this industry. Also, various other government initiatives like setting up Software Technology Parks (STP), Export Oriented Units (EOU), Special Economic Zones (SEZ) and foreign direct investment (FDI) have helped this industry in achieving a dominant position in the world IT industry.

In the present time, when the COVID-19 pandemic has grappled the whole world and economies have been hard hit. Indian IT industry is still showing positive signs and has the resilience to overcome this unprecedented tragedy. It has emerged as a global economic force and a major contributor to the Indian economy in particular and the world in general. This article tries to outline how the Indian IT industry has evolved over the years and its prominent role in boosting Indian’s growth.

Evolution of Indian IT industry

After independence till 1970, India did not have any guiding policy or framework for computer/software technology. However, the government had taken several initiatives for starting the design and production of computers in educational institutes during this period. In 1963, Bhabha Committee emphasised on the importance of electronics and computers for the development of India. On the recommendation of the Bhabha Committee, the Government of India established the Department of Electronics (DoE) in 1970 for promoting the growth of electronics and computers in India. In 1972, the government formulated a new software scheme and allowed hardware import and export of software. This scheme is considered the first breakpoint in the history of the Indian IT industry as in 1974 Tata Consultancy Services (TCS) got its first foreign client Burroughs Corporation from the United States.

For the next decade, though Indian companies viz. TCS, WIPRO,  Infosys (1981) were exporting the software products but trade was not very encouraging. In 1978,  IBM was forced to close its operations in India as the government had asked it to reduce its equity. However, in 1986 the government brought a liberalisation policy for the IT industry which de-licensed hardware import and encouraged duty-free export. Further, due to liberalisation in 1991 and opening of the Indian economy for foreign investment, intensified competition in the IT industry which resulted in standardisation and productivity improvement. The IT industry has grown rapidly and earned large amounts of force exchange. The Information Technology Act of 2000, National Broadband Policy of 2004 and Special Economic Zone (SEZ) Act of 2005 gave a boost to the IT industry and resulted in an increase in the number of domestic and foreign software/IT companies in the country.

In the last decade, India has emerged as an IT hub for the software companies of the world and Indian software companies have taken prominent positions in the global IT sector. India has become the world’s largest sourcing destination for the IT industry. Online retailing, cloud computing and e-commerce are all contributing to the speedy growth of the IT industry. The rate of growth in the IT sector for 2019-20 is approximately ten percent.

Indian IT industry has grown rapidly with an exponential growth rate after the economic reform of 1991-92. Indian IT companies have set up thousands of centres within Indian and around 80 countries across the world. The majority of global corporations are sourcing IT-ITES from the Indian IT industry, it accounts for approximately 55 percent of the global service sourcing market (US$ 200-250 billion) in 2019-20. The market size (especially export) of the IT industry has grown manifold from approx. 67 billion US dollars in 2008-09 to 191 billion US dollars in 2019-20 (Graph 1). The revenue is further expected to grow in the coming years with an accelerating growth rate and expected to reach 350 billion US dollars by 2025.

The remarkable feature of India’s IT industry is that along with its expansion in terms of market size it is also incrementally adding a significant share to India’s gross domestic product (GDP) and consequently boosting the growth and development of the country. From a minuscule 0.4 percent in 1991-92, the IT industry contributed around eight percent in 2017-18 to the total GDP of India (Graph 2). This share is expected to increase to ten percent by 2025.

India’s digitally skilled pool has grown over the period and accounted for around 75 percent of global digital talent. India’s four large IT companies (TCS, Infosys, Wipro, HCL Tech) have employed more than one million employees. New IT-based technologies such as telemedicine, remote monitoring, etc. are expanding and boosting the demand in the digital economy. The rollout of fifth-generation (5G) communication technology, growing adoption of artificial intelligence, Big Data analytics, cloud computing and the Internet of Things (IoT) will further expand the size of the IT industry in India. As the size of India’s digital economy is increasing, IT companies are establishing their centres in tier II and tier III cities which will further enhance the growth and reduce the existing disparities.

The IT Industry in India has grown with an exceptionally high growth rate in the post-reform years and contributed a large share to the national GDP. Despite the uncertain global economic scenario, the IT industry has steadily augmented and accelerated the growth of India.  This Industry absorbs a large pool of Indian skilled human resources which makes the country a global IT hub. The IT Industry has been instrumental in transforming the whole Indian economic and governance landscape. India’s IT industry is gaining footsteps in new disruptive technologies and will play a leading role in the ongoing fourth industrial revolution globally.