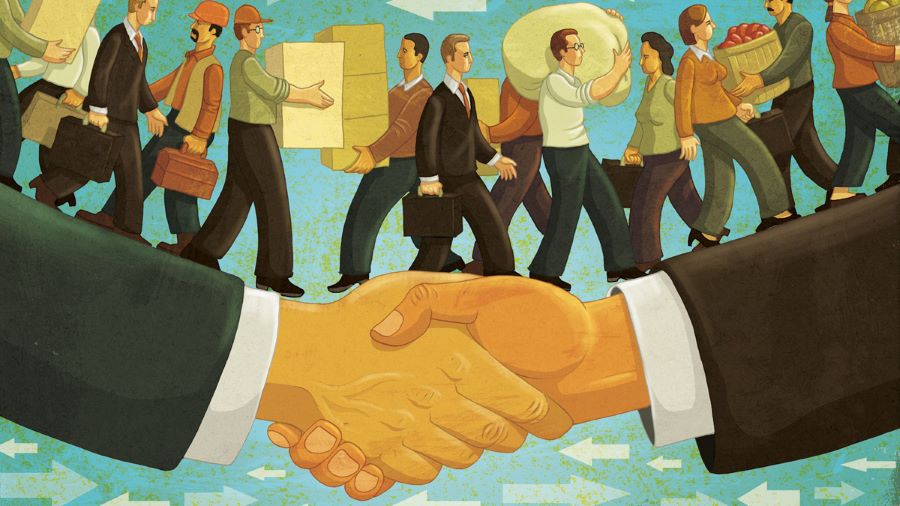 Developing countries have been at the helm of global growth and the cynosure of economic activity since the turn of the 21st century. This has especially been reflected in the growth rates of Brazil, India and China. These 3 countries feature in the list of fastest-growing economies and also the largest economies in terms of GDP.  Imagining a bloc formed of these countries was impossible given their geographical distance from each other. However, in 2001 Jim O’Neal clubbed Brazil, Russia, India and China together and termed them as BRIC in his paper titled, Building Better Global Economic BRICs. Jim O’Neal expounds that the size of the BRIC economies would grow over the next 10 years to the extent that they would hold sway over the global economy. He even suggested that the G7 should be adjusted to incorporate the BRICs given their impact on the global economy. In a follow-up report of the Goldman Sachs in 2003 titled, Dreaming with the BRICs: The Path to 2050, Dominic Wilson and Roopa Purushothaman project that in less than 40 years, the BRICs economies could be larger than the G6 and by 2025 they could account for over half the size of the G6.

However, it took several years after these reports were published for any action by the BRIC countries towards forming a bloc. In 2006, on the margins of the UN General Assembly the foreign ministers of the BRICs to explore ways to cooperate but it was not until their 2009 Yekaterinburg summit that the 4 countries decided to hold regular summits. In 2011, South Africa was added to the group creating the “BRICS” (Brazil, Russia, India, China and South Africa) that we know today. While varying in their socio-politico-legal frameworks, these countries are bound by their history as developing countries and an alternative to the western economic system.

In 2019, while addressing the Leaders’ Dialogue with BRICS Business Council, Prime Minister Narendra Modi said, “Till the next summit a roadmap for achieving USD 500 billion intra-BRICS trade target should be drawn up by the BRICS Business Council”. This shows India’s commitment to building more robust intra-BRICS trade relations. However, as far as numbers go, as of 2017 the percentage share of intra-BRICS trade to its global trade is just 10.61%. India’s share of intra-BRICS trade to its global trade is higher at 19.32% but it is still lacking given the trade potential between the five countries. India’s total trade with the BRICS countries in 2018-19 stood at $ 114.1 billion and a majority of this was because of its bilateral trade with China which stood at $ 87.1 billion.

The reasons for the low trade between India and the five countries can be attributed to their geographical distance which in turn leads to high trade costs. This can be seen in India’s trade with China it’s immediate neighbour, which stood at $ 87.1 billion whereas its trade with Brazil which is the furthest away is only $ 8.2 billion in 2018-19. The geographical distance not only increases the time to export but also drastically increases the cost to export, which is neither beneficial to the exporting country nor the one importing the goods.

Restrictive trade environments is another major reason for low trade with BRICS countries. While the BRICS economies have significantly reduced tariff rates over the years, import restrictions in terms of non-tariff barriers exist. The tariff policies of the BRICS reflect the recent liberalisation of their economies. EXIM Bank of India notes that the “prevalence of anti-dumping measures, countervailing duties and safeguards have also affected intra-BRICS trade”. India ranks 63rd in the World Bank’s ‘Ease of Doing Business’ index and 68th in the ‘Trading Across Borders’ rankings. The low rankings on the aforementioned indexes, among multitudes of reasons, is because of lacklustre trade policies and a dearth of infrastructure to facilitate trade.

Furthermore, India’s trade deficit amounted to $ 189.69 billion in 2019.  India’s persistent trade deficit can be simply explained as, the country imports far more than it exports. In comparison, China and Brazil had a trade surplus of $ 421.9 billion and $ 38.54 billion respectively for 2019. India thus needs to concentrate on improving its export profile to engage more robustly in trade activities with its BRICS counterparts. China’s dominance in terms of trade within the BRICS is another issue for India and forms a hurdle for any opportunities that India could avail. While the challenges to India’s intra-BRICS trade persist, one should that the bloc has only been active for a very short period. There is ample room for improvement to enhance India’s trade with the BRICS countries.

The way forward towards increasing India’s share of intra-BRICS trade will have to be multi-pronged by identifying its weaknesses and unutilised opportunities. First and foremost, India will have to address its rising trade deficit by focusing on its export potential to the other BRICS nations. By identifying items of export that could cater to the needs of its BRICS counterparts, India could concentrate its manufacturing expertise to enhance the export of those goods. An important step towards this direction would be increasing manufacturing of electronics which have chronically inflated India’s import bills.

Another step towards increasing trade would be to harness the potential partnerships such as the IBSA (India, Brazil and South Africa). The trilateral IBSA partnership without the participation of China offers a unique opportunity for India to form robust trade partnerships with Brazil and South Africa. India also has a Preferential Trade Agreement (PTA) with the Latin American trading bloc MERCOSUR which includes Brazil. Leveraging these partnerships can greatly help India increasing its exports among the BRICS without China’s dominant presence. Apart from using multilateral and trilateral approaches to trade, an important factor in India’s overall trade is bilateral trade relations. Offering favourable and preferential trade conditions for bilateral partners could substantially increase India’s intra-BRICS trade.

Policy and infrastructure-related issues once identified and dealt with appropriately, can go a long way towards enhancing India’s trade with its BRICS counterparts. India currently ranks 136th for Starting a Business on the Ease of Doing Business index. The low rank means there are policy gaps which make starting a business in India a cumbersome process. While India has taken steps towards making the process of starting a business easier, there is still a long way to go in this regard. Most of the reforms are applied to Delhi and Mumbai but India could harness the economic potential its individual states to increase trade with the BRICS nations. Policy reforms to simplify and increase the efficiency of administrative procedures to facilitate mutual trade and investment can help ameliorate intra-BRICS trade with India. Improving transparency of trade and investment climate and creating national legislation that matches the framework of international laws will create favourable conditions for foreign direct investment (FDI), an important step towards diversifying production and exports. As predicted by Goldman Sachs’ reports mentioned earlier, with the right policy frameworks and infrastructure in place India could be in a position to fully exploit the trade potential that the BRICS economies hold.