War in the Himalayas 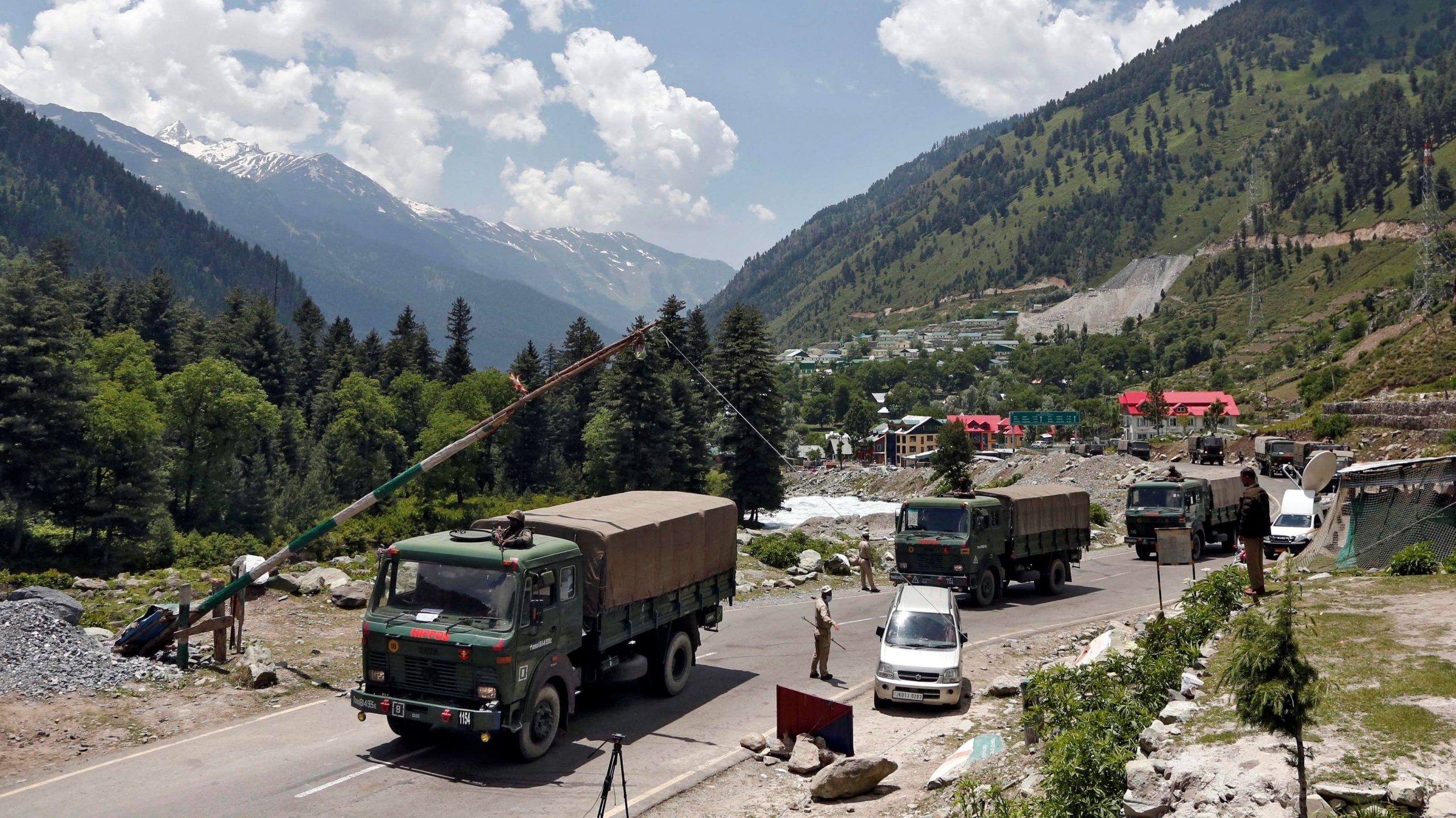 It was the year 1949. Chiang-Kai-shek’s Nationalist forces had been ousted from China and they had to take refuge in Formosa (Taiwan). The Chinese Communist Party, led by Chairman Mao Zedong and Chau En Lai, proclaimed the CCP as the new ruling party of China and China became known as the People’s Republic of China. Chairman Mao became the President of the country and Chau became its Premier. The West refused to recognize this country as the successor of Nationalist China and the US offered India the Permanent Seat of Nationalist China in the United Nations Security Council (UNSC). However, PM Nehru felt that the People’s Republic of China was the successor of Nationalist China and was one of the earliest to recognize PRC as a separate country.

PM Nehru wanted India to be aligned with the USSR. With the rise of PRC, he felt that India must approach PRC and establish diplomatic, economic and military ties with it so as to strengthen its ties with the USSR as well, with both of them being Communist nations. He felt that the three of them, having been victims of invasions and occupation by foreign powers at different points of time had fierce anti-imperialist and socialist sentiments. He felt that they all were opposed to militant nationalism, capitalism and expansionism of Europe and the interest of the US in the same, something that aided in the rise of the two devastating World Wars. Therefore, he felt that PRC could also be made a part of the Non-Aligned Movement (NAM) and this would also prove to be a bulwark against Pakistan, which was firmly encamped on the side of the US.

However, from the very beginning, the Chinese demonstrated imperialist tendencies. It conquered Tibet and occupied its capital, Lhasa, in 1950. It merged Tibet with the Chinese mainland. It was expected that India, as the leader of the anti-imperialist NAM would protest at this invasion. Unfortunately, India remained silent and later defended this move.

Indian Home Minister, Sardar Patel wrote to Nehru from Almora, where he was convalescing after a brief illness, conveying his anguish on his silence on the Chinese takeover of Tibet. He apprehended that China was keen to occupy India’s frontier areas, which were weak and unguarded. Thus, there was a need to secure those areas against a possible Chinese invasion.

Many of PM Nehru’s supporters and others felt that this was not the view of Sardar Patel alone. This was rightly so. The then Secretary-General of the Ministry of External Affairs, Girija Shankar Bajpai and senior IFS officers like V Shankar, VN Gundezvia, etc. had similar apprehensions about China. But none of them dared to cross PM Nehru, who was the Foreign Minister as well.

More was yet to come. China now depicted the region of NEFA- currently known as Arunachal Pradesh- as a part of Southern Tibet. India strongly protested against this step and designated the McMahon Line as India’s border with China in a speech in the Lok Sabha. McMahon Line had been demarcated by the British in 1914 in a tri-partite agreement with Nepal and Imperial China. China felt that this Line had been superimposed on it and it was not ready to accept the McMahon Line as its border with India. In a surprise tactic, it remained silent when the local Indian administration went to NEFA. In fact, they were given a grand welcome by the locals.

PM Nehru soon asked the Indian Envoy to China, Ambassador Dr KM Pannikar to communicate with Chau En Lai and inform him of their talks soon. Accordingly, Dr Pannikar held a series of talks with Chau, who slyly refused to speak on NEFA but advised India to improve trade and economic ties with PRC. Thereafter, Dr Pannikar wrote to Nehru, telling him that the Sino-Indian border was fixed, that Chau understood the stance of India well and that India need not speak to PRC on this issue. This letter permanently changed our equations with China.

In 1959, India gave refuge to Dalai Lama, who was the spiritual leader of the Tibetans. This angered China and in August 1959, Chinese troops attacked an Indian garrison at Longju at the Eastern Sector of the Sino-Indian border. Nehru’s Defence Minister, Krishna Menon and Army Chief General KS Thimayya’s bitter relations worsened the situation. Lt Gen BN Kaul was made the Quartermaster General of the Indian Army, on which General Thimayya offered to resign but was persuaded by Nehru to stay on. In 1961, General PN Thapar became the Army Chief.

China has always dealt with India from a position of strength, misreading slogans like ‘Hindi-Chini Bhai-Bhai’ or repeated summits as the cry of a weakling. We have failed to understand China’s diabolic nature, much of which stems from repeated MHA intervention in MEA and MoD matters. So when politicians and police officers try to handle sensitive defence and foreign matters instead of letting diplomats and military officers handle them, things are bound to go out of hand.

What united PM Nehru and PM Modi is that they both, unfortunately, tried to downplay Chinese incursions- both saying that there had been no incursions on Indian territory at all. However, PM Nehru had the candour to later admit Chinese encroachment in Aksai Chin but what he said was bizarre, ‘Not a blade of grass grows there’.

PM Nehru had a series of meetings with Premier Chau. What was common then as well as today is the politicisation of our diplomatic relations with China. There was more politics and less of diplomacy in both cases. In both cases, the PMs had been accused by the Opposition of hiding essential details from Parliament and the public alike.

In 1993, we had decided that the LOC on the side of China would become the Line of Actual Control (LAC) and would be the permanent Sino-Indian border. Skirmishes continue to occur till date. The 4506 km of our border is a site of intermittent clashes. China frequently claims land on the border. Since the 1960s, it has developed its border infrastructure on a grand scale while we have done been able to do so, starting in 1961, when it declared that its road from Xinjiang to Nepal via Aksai Chin had been built. We were unprepared for this as much as we were unprepared for the China-Pakistan Economic Corridor, a major segment of China’s Belt and Road Initiative(BRI) that passes through PoK. We have rightly rejected China’s offer to us to join BRI.

What is frustrating that we continue to talk to China after the Galwan incursion in which 20 brave Indian Army Personnel attained martyrdom, most of which have yielded nothing.  It’s time we take steps to rein in our neighbour. With a Permanent Seat in UNSC, a large military and a strong economy, it is difficult for us to do so in the first instance, though times will be brighter in the upcoming future.