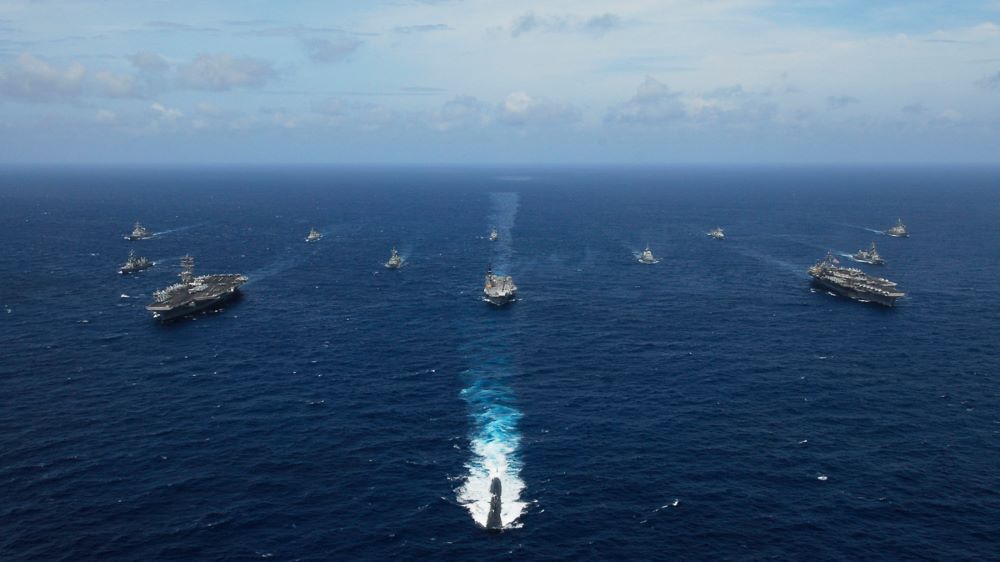 Every few decades, specific sub-regions in the world come to acquire a salience that necessitates a reimagination and recalibration towards it by countries around the world if they hope to remain pertinent in the international arena. The dice determining such centrality, that rolled sometime in the 1990s, has found its way to the Indo-Pacific (IP) and appears to have entrenched itself definitively in the sub-region for the foreseeable future- wherein, Superpower and Middle Power contestations will play out just as Small powers will learn and demonstrate the art of hedging based on their national interest. Given this premise, a New Delhi appearing poised to seek and assume a greater role in international affairs would understandably need to carve out a niche for itself in the context of the IP.

Strategic cultures in countries as old as India have a long enough trajectory to offer past references to any possible policy stance that the government of the day may choose to cultivate. The Indian sub-continent’s comprehensive engagement of South East Asia under the Chola Dynasty offers just such an insight- a period of multimodal engagement underwritten as much by a projection of naval strength as by the export of economic, cultural and civilizational elements. In its full import, the engagement of this period resonates with Jospeph Nye’s prescription of Smart Power- the form of power that this commentary contends would be the most effective kind for New Delhi to pursue in the Indo Pacific.

Such a pursuit could be undergirded by two verticals-

The first, to reimagine participation in the Quad by a deliberate undoing of some of the persistent shibboleths informing India’s strategic culture

The argument for strategic autonomy begins to unravel when confronted with the obviousness of the strategic reticence that New Delhi has allowed itself to be wrapped in over decades so as to not disturb the unquiet peace. While this is understandable given the premium that must necessarily be levied upon maintaining even a suspicion-ridden status quo between neighbors sharing land borders, it is necessary also to consider that the mark of a rising power through history has hinged on proactiveness instead of measured reactiveness alone.

There is a definite openness to overtly engaging with the Quad over the past few months. It remains, however, to be seen if this determination outlasts the embers of Galwan. New Delhi may gradually need to ease into the realization that true interoperability brings alignment regardless of a disagreement over nomenclature.

The Quad needs to be considered a strategic option that could be availed not just as an eventuality but also as something that could act as a guarantor to investments and interests in the region that spans those made by all of the Quad partners, as also other countries increasingly skeptical of Beijing’s growing aggressiveness to mark the territory as its own. This alone would position New Delhi as a reliable partner that is part of a viable alternative in the IP.

Two specific elements pertaining to the Quad may be highlighted here –

Finally, in its role as a member of the Quad, New Delhi may also position itself as a voice for building a safer and more just region through putting its weight behind consolidating the old Zone of Peace commitments, something that should resonate with all regional actors at a time that the US’ return to the INF treaty minus the inclusion of China appears all but impossible, while Beijing’s refusal to commit to a new non-proliferation regime remains steadfast.

Second, technology and connectivity as a pillar of the Smart Power

Chinese presence in the region is often a begrudging answer to filling multiple vacuums that may exist. Employing the Indian private sector to fill those gaps, then, is the kind of multi-pronged economic diplomacy that New Delhi may have to consider in its approach towards the IP.  It would not be the first time that private companies have been used to further foreign and strategic policy abroad by countries. It is in this context, that this commentary considers a listed entity like Reliance’s Jio as a formidable tool to take to the IP. Connectivity and the digital space are the essence of the times we live in, and the next frontier that Beijing appears headed to breach and capture.  Jio, along with Japan’s Rakuten, are among the very rare examples, in the field, bereft of a single Chinese made component in their network. This, in and of itself, should be advertisement enough for a Quad looking to present itself as a viable alternative to the Chinese option of Huawei.

Now, the supposition that technology and its spread will inhabit a normatively neutral space, as it should, is an idealistic and wholly unrealistic expectation. So, should Jio alone or Jio in collaboration with Rakuten manage to capture the IP market, there will always remain the fear that a critical sector in all of these countries has a ‘foreign hand’ syndrome. Two considerations may be useful in addressing this concern-

Significantly, 5G is also critical for the interoperability that the Quad countries will be looking at within the region in the crucial area of defense and if India is in a position to underwrite that need, it would be a substantive value-addition to its role and relevance in the Quad- notably, barring Rakuten, none of the other Quad members can boast of an edge in the field.

The US’ phenomenal soft power has not helped it circumvent the financial promises that Beijing’s forays come with- whether in the form of the BRI or through the multiple obviously lopsided deals that have driven countries in the region to debt. This is a story that has played out before. It is a lesson that India must factor in at all times, and one that it has not managed to in its engagement of Central Asia, where the legacy of historical, cultural and civilizational ties, find themselves overshadowed by the sheer institutional and infrastructural footprint that the Chinese have managed to register. It is an error New Delhi cannot afford to repeat in the Indo Pacific.