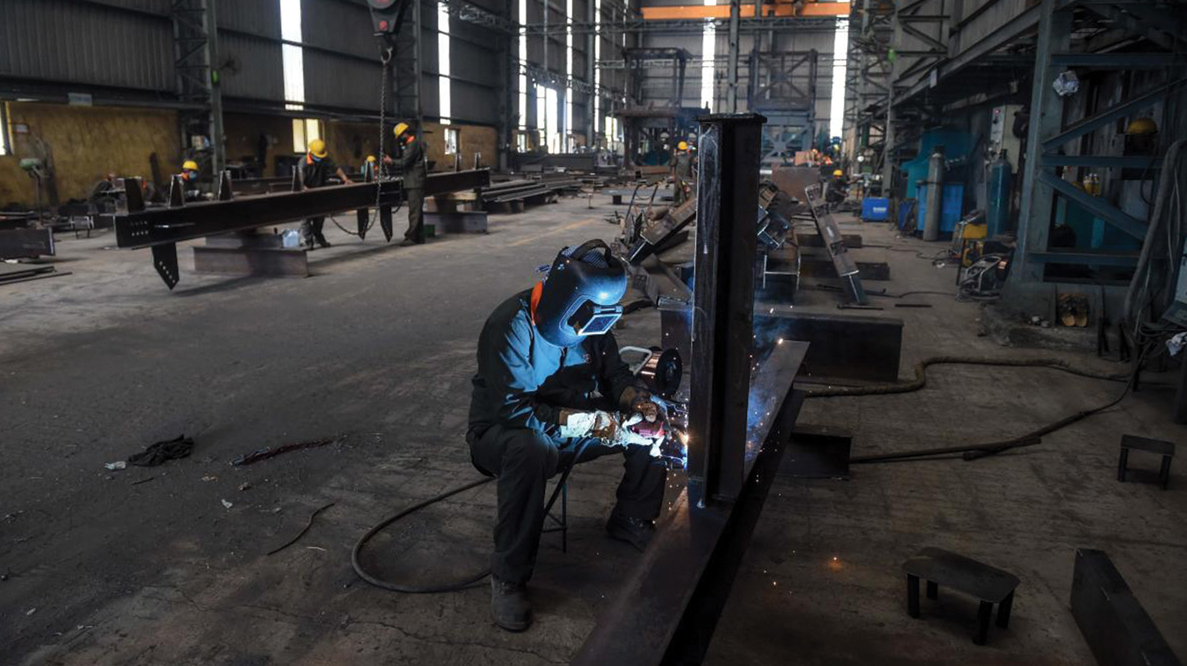 Trade and partnership, an integral part of global co-operation have played a vital role in the economic growth and development of the world. Between 1990 and 2015, extreme poverty declined from close to 40 percent of the global population to 10 percent. This result was largely possible because of a more integrated global economy and global value chains—the effect of comparative advantages between countries in action.

The Indian economy has been evolving for the past 73 years after independence. Especially, international trade has undergone tremendous changes post-liberalization policy of 1991. Research shows that the post-1991 consensus to open up produced extremely positive outcomes. A recent study by ICRIER, a thinktank, showed that domestic value-added content of exports in the decade to 2013-14 increased fourfold to $310 billion. The pace of growth of export-related jobs outstripped that of overall employment and increased from 40.2 million to 78.2 million during that period.

Yet, this system for advancing joint prosperity trade has become less about creating win-win agreements and more about gaining the advantage at the expense of a global competitor. In late 2019, the International Monetary Fund warned that rising trade tensions would pose a drag on the economic growth of approximately $700 billion in 2020.

In spite of the protectionist trend prevailing in the world, the severe disruptions caused by the pandemic COVID-19 realigned the need for global co-operation for the recovery as well as future economic growth and development.

India has realised the importance and has been taking steps towards engaging with more and more countries. As a result of the co-operation and cordial partnership with France, India received aid in terms of a ‘Morpheus’ kit with high-quality ventilators as well as test and serological kit. Simultaneously, India is in conversation with various countries such as Israel, Canada and the South Asian Association for Regional Cooperation nations for combating the COVID-19 challenge.

An example of the balance between self-reliance and global co-operation can be found in the recent exchanges between India and Bangladesh. India has sent over ten broad gauge locomotives to Bangladesh on 27th July. These locomotives are the products of ‘Make in India’ a campaign formulated to boost the manufacturing sector of India. Further, the building of the seaports connecting the North-Eastern region of India to Bangladesh will further strengthen and increase trade among these two nations.

Another important step undertaken by the Government of India is to host the G-20 summit in the year 2022. Collectively, the G20 economies account for nearly 90 percent of the gross world product, 80 percent of world trade.

Unlike the OECD-DAC countries, India does not believe in the donor-recipient relationship and believes in partnership for mutual benefit. Thus, there is a recognition of self-interest in India’s development cooperation strategy but benefits must accrue to both countries. The EXIM Bank’s website clearly states that one of the main objectives of lines of credit is to help Indian exporters enter new markets and expand their presence in existing ones.

However, the earlier announcement by Prime Minister Modi of ‘Atamanirbhar Bharat Abhiyan’, a COVID-19 relief package of India created confusion among many people. Is India becoming a closed economy? Are we again moving to trade protectionist policy which we had before 1991 reforms? Does self-isolation help to grow the economy?

World trade history shows that international trade and openness were the reasons for the booming of economies such as the American economy, South-East Asian economies, and so on. Almost 50 percent of global trade involves global value chains. Unwinding this system would come at a high cost and would lead to slower growth and fewer jobs.

India’s stand of developing the manufacturing sector and becoming a part of the global supply chain is well-appreciated. Nevertheless, the question of charging high tariffs remains a vital one because India cannot escalate the tariffs if it wishes to be an active participant of the global supply chain and also should not go back to the protectionist policy which India had before 1991.

Now, India needs to wisely choose its way of openness for trade and co-operation and to prevent dumping in the economy. For some of the countries, it might have to charge high tariffs. Whereas re-set trade arrangements with some such as the Ministry of Commerce and Trade recently reviewed the Free Trade Agreements (FTAs) with Korea. Maybe start building with new ones keeping in mind the long-term goal of becoming an active participant in the global supply chains.

New India has to strike a balance between two trends, first of the self-reliance and of global co-operation. Self-reliance in the manufacturing sector relates to internal stability which can be leveraged on international levels or external fronts. The indigenous manufacturers and their products should be boosted and promoted in the international markets by the Ministry of External Affairs (MEA) and the Ministry of Commerce.

New India should continue exploring potential global partners and the initiative of MEA to match the global demand with domestic markets and suppliers should be strengthened. There must be greater coordination between all government departments which have economic responsibilities and operate internationally. The country must also try to develop an integrated approach to trade, investment, and development cooperation.

Vaibhavi Pingale
Author is an independent economics researcher based in Pune. She has pursued Masters in Economics from Symbiosis University and has varied interests such as labour and development economics, macroeconomics and water.
Tags:
FTA India G20 COVID-19 self-reliant economy Global Cooperation
Share:
Share this...