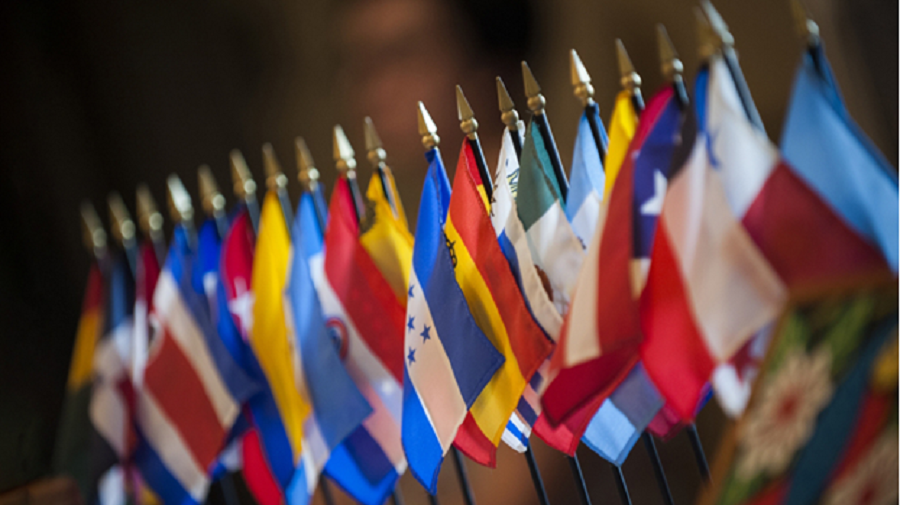 The true potential of the LAC-India relationship has yet to be realized. The strength of the partnership can be gauged observing that the combined GDP neared US$ 8.4 trillion in 2018 and the cumulative population of almost 2 billion people. Yet, the economic relations between LAC and India are still in a nascent stage and there are immense opportunities for trade, investment, and cooperation (Paolo Giordano, 2019).

Latin America and the Caribbean (LAC) is a region comprising of three principal sub-regions, viz. the South American continent, Central or Meso-America from Mexico to Panama and the Caribbean. It includes Caribbean island States to Brazil and territories dependent on the US and the former European colonial powers. The democratic structures in almost these countries, with a few exceptions such as Cuba and a desire to advance economic prosperity, leaders and governments have overcome differences and adopted more harmonious and coordinated policies.

The twenty-first century saw the resurgence of the Latin American left, inspired by Cuba, fuelled by Venezuela’s oil wealth and the late Venezuelan President Hugo Chavez’s robust ideological activism after he took power in 1999 (Serbin 2010). This led to the formation of the ALBA (The Bolivarian Alliance of the Americas). The US attempted to form the Free Trade Association of the Americas (FTAA) and to consolidate the policies and orientation of its members viz. Cuba, Venezuela, Bolivia, Ecuador, Nicaragua, Dominica, Antigua and Barbuda, Saint Vincent and the Grenadines. ALBA brought into focus fundamental differences within the region. Some of its members decided to fence off their economies from the ongoing wave of regional economic liberalisation, instead concentrated on enhanced social distribution programs.

Mexico, Colombia, Peru and Chile formed the ‘Pacific Alliance’ in June 2012. The Pacific Alliance, at its meeting in Santiago, Chile, in January 2013, announced it would eliminate tariffs on 95 percent of the tariff lines of its members that year itself along with including visa-free travel, integration of the national stock exchanges and ensuring regional connectivity.

Historical contacts, the Indian diaspora, geographical proximity, as well as social and economic affinities, made it possible for the Indian official and private establishments to enjoy considerable interaction with the other principal regions of the world: East and South Asia, Central Asia, West Asia, West Europe, North and sub-Saharan Africa, North America and Australasia (Bhojwani, 2014). Latin America has been quite distant in this regard. Historically, there was scarcely any migration there from India. The British ‘indented’ Indian labour for their colonial plantations all over the world. In the LAC region, Indian indentured labour was shipped mainly to the Caribbean. Today, the Indian diaspora accounts for a major portion of the populations of Trinidad, Suriname and Guyana. There were subsequent migrations by Indian businessmen and professionals to other countries of the region, but these were very few in numbers.

LAC regarded India as being distant with admirable spiritual and cultural traditions. Although, there were important cultural exchanges in the early twentieth century, they did not result in durable and expanded contacts. Ramakrishna Ashram in Argentina was established in 1933. A fascination for Indian spirituality and yoga has been growing. Pandit Nehru’s meetings with Latin American delegations, at the International Congress of Oppressed Peoples in Brussels in 1927, ignited interest on both sides. India’s leading communist ideologue, M.N. Roy played an important role in the creation of the Mexican Communist Party in 1917.

However, political and economic interaction was relatively limited. Latin America was absorbed with the US and Europe, and India focused on Asian-African unity and the Non-Aligned Movement. Foreign trade and investment was not a priority in India. Liberalization opened up India since the 1990s to Latin America too. Discovering an alternative source of fuel and raw materials led by Indian business organizations gave rise to form an official establishment. LAC also became a new market for automobile, pharmaceutical, textile, software and other industries.

Argentina is almost the size of India, while Brazil is more than two and a half times our size. The LAC region is endowed with inexhaustible arable land, fresh water, and massive deposits of gold, iron ore, coal and hydrocarbons. The Indian organizations entered into a number of collaborative projects with Brazil through dozens of agreements and MOUs on a range of subjects. The relationship with Brazil has grown exponentially and encompasses joint business ventures in defence, aviation, hydrocarbons, ethanol, agriculture and other areas of mutual interest.

Trade volumes with Argentina, Venezuela and to a lesser extent with Peru, have grown significantly, largely on account of fuel and commodity imports viz. crude oil, edible oil and copper. India’s export basket is a robust and versatile mix of engineering goods, pharmaceuticals, textiles and IT services. Indian companies, mainly Oil and Natural Gas Corporation (ONGC), and also private sector organizations like Reliance, Videocon and Gammon India, had invested in producing oil and gas fields in LAC.

When Prime Minister Narendra Modi travelled to Brazil for the BRICS (Brazil, Russia, India, China and South America) Summit soon after the 2014 general elections, his address hinted at a promise of greater engagement: “I have also had the privilege of sowing the seeds of personal relationships with each of the leaders. I look forward to seeing them blossom into deep and strong personal bonds in the days to come.”

With two-way commerce slightly below the US$ 40 billion-mark, current trade is indeed still the business of just a handful of products. However, in the last decade, trade has grown twenty-fold and bilateral investment is on the rise. While pioneering companies started to build success stories in each other’s markets, governments have not followed suit with the design of the regulatory infrastructure needed for deeper integration (Paolo Giordano, 2019).

Trade between LAC and India has room to grow through diversification.  LAC exports to India are heavily concentrated in extractive products, accounting for 72% of exports in 2017. Agricultural products followed with 19% and industrial manufactures only accounted for 9%.

Exports from India to LAC are heavily dominated by a few industrial manufactures, which accounted for 85% of total exports to LAC in 2017, followed by extractive products with a share of 11%.

Both regions rely on cooperation programs in different areas, but opportunities are still growing. Agriculture, aerospace cooperation and renewable energy are some examples of the sectors in which effective cooperation could benefit all participants. Both regions will need to explore new ways of relating to each other and new international cooperation agreements. They will need to discuss rapprochement through trade and investment agreements that facilitate trade relations. For both regions, there is enormous potential for growth.

Meanwhile, Indian enterprise continues to enhance its focus on Latin America and the Caribbean with further large scale investments planned or under execution. Several Ministries and Agencies of the Government of India, as well as Chambers of Commerce and Federations of Industry, have been increasing their activities and mounting pressure for more frequent delegations to visit that part of the region.

India needs to seize the moment. Latin America, a vibrant, stable and friendly region, is receptive to Indian partnership in areas of common interest and investment in its economy. We need to institutionalize this friendship through instrumentalities that have already been identified and defined. The return on our investment, both official and private, is bound to pay higher dividends than we can imagine.

India and Latin America are emerging as major growth engines of the world economy and must reap the mutual benefits of a growing partnership with each other. With ever-increasing challenges in the world economy, diversification of trade partners and access to new markets has become a priority for both sides. Development finance institutions may emerge as strategic partners that may help and support a renewed commitment of LAC and India to foster ties between the two subcontinents and to facilitate a joint step forward toward deeper South-South cooperation for a brighter future.