India – A Leading Player in the Indian Ocean Region 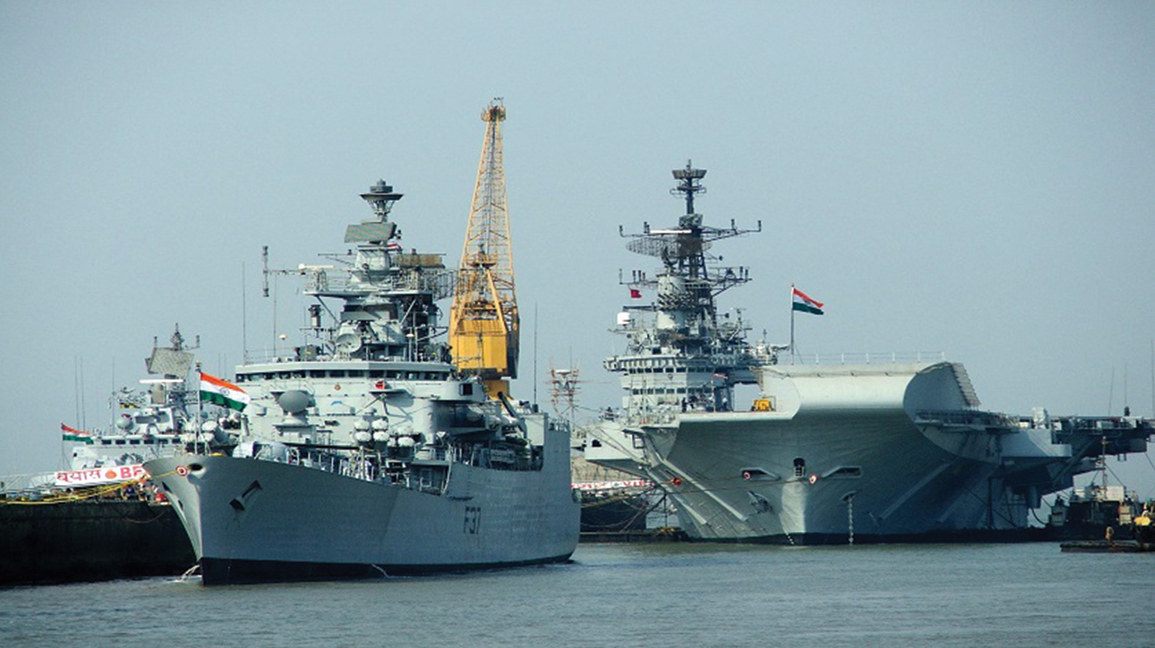 India, a civilisational giant on the cusp of the 74th anniversary of having gained freedom from the tyranny of colonial rule in the bygone centuries, lies at the heart of geographical Asia in terms of its significance to the continent.  Its unique character – founded on regional peace and a parliamentary democracy since the fateful night leading up to August 15th, 1947 when Prime Minister Jawaharlal Nehru gave the iconic “Tryst with Destiny” speech – transcends the realm of similar and dissimilar nation-states globally, across the Asian continent, and in the South Asian sub-region.

There is no nation like India, also an erstwhile civilization with a historical narrative like no other country, nation-state, or civilisation before it, and there has never been any. Regions have come to be named after India, with the present-day sobriquets such as the Indian Subcontinent, the Indian Peninsula, the Indian Ocean Region, and the Indo-Pacific Region all bearing the mark of ‘India’ in their nomenclatures. India is the sole country in the world to have an ocean named after itself, the Indian Ocean.

Pivotal that its role was, is, and always has been in the regions and sub-regions manifest to its presence, this Article – as part of the Extraordinary and Plenipotentiary Diplomatist’s special edition commemorating India’s 74th Independence Day – attempts to enunciate the many intricacies that have and continue to lead to India’s emergence as a leading player in the extended Indian Ocean, formally known amongst scholars as the Indian Ocean Region or the IOR.

The IOR is chiefly a maritime-geographical that encompasses the spatial contours from the east of the African continent to Southeast Asia and onwards to the edge of the western Pacific region, inclusive of all of South Asia, and the two maritime sub-regions in the Arabian Sea and the Bay of Bengal. The region is home to innumerable island countries with strategic locations, many of whom are India’s committed and long-term economic, military, and developmental partners. The region is also a quagmire for those vested in maritime security, with the presence of extra-regional powers having resulted in the IOR having been characterised as one of the world’s pivotal security-concerning regions.

What role, one may ask, does India play in this strategically crucial and central area? The answer is simple – that of a benevolent hegemon, a trusted partner, a security-minded nation-state, an influencer bar none other, and the host of many responsible platforms, as evinced by India’s propagation of the Indian Ocean Naval Symposium (IONS) in its immediate neighbourhood and beyond. The IOR is increasingly being represented as a maritime zone that is rich in undersea resources, which are in need of resourceful and purposeful exploitation while keeping a benign and responsible posture in mind. The IOR is also host to some of the most vital sea lanes and choke points of the world, which are responsible for over 80% of maritime or seaborne trade and commerce, especially concerning the transport of energy. Since energy and all its alternate forms play a fundamental role as a pioneer of a nation’s economy, the role of India and other regional economies cannot be underplayed.

India’s IOR machinations and many-faceted ventures have resulted in a host of island countries and several others from even outside the region relying on the South Asian ‘rising power’ as the central authority for the peace, progress, and prosperity of the region. These stated goals have resulted in a trust factor having developed vis-à-vis India and countries that bear the ancillary roles of partners, allies, associates, and friends. Friendships and partnerships in the region will have to be coupled with the many areas (scientific, economic, political, ecological, environmental, etc.) in need of bilateral and multilateral platforms that result in constructive outputs leading to actionable paradigms.

Due to it being at the center of the IOR, India has emerged as a hub for regional diplomacy.  Multilateral organisations such as the Indian Ocean Naval Symposium (IONS) and the Indian Ocean Rim Association (IORA) find themselves at the heart of Indian involvement. Regional diplomacy is also propagated further by multiparty initiatives such as the BIMSTEC, the BCIM Economic Corridor, the BBIN grouping, and most importantly, the SAARC. Security initiatives such as ReCAAP – the Japan-pioneered anti-piracy cooperation forum focussed on curbing piracy off the coast of Somalia – also find India at its centre, as threats relating to maritime piracy and terrorism continue to rise unabatedly.

The judicious exploration and exploitation mechanisms being undertaken by India in the resource-rich Indian Ocean region are many and mostly unilateral in their nature. India has also undertaken the joint exploration of oil and natural gas in the rich basins of the South China Sea, with Vietnam. Additionally, India remains at the helm as far as regional security initiatives are concerned, with a host of maritime-focused partnerships that were incepted to curb maritime piracy and terrorism.

The pillars that define India’s role, such as economic, military, maritime, scientific, etc. remain limited owing to India’s large-scale programs for its military and the other domains being nascent, as per twenty-first-century demands. That being said, India’s military modernisation remains a core aspect of the country’s progress with a focus on self-reliance (atmanirbharta) in defence leading to India eventually emerging as an exporter of arms and ammunition. Defence lies at the core of maritime strategies, and India’s initiations in the direction of self-reliance only need to be given an impetus so as to achieve all of its determined goals.

Given that India is still a young, independent country with the scope for development and a genuine rise very broad, India has undertaken many initiatives in the IOR such as those to do with marine ecology, maritime tourism, island development, implementation of rigid norms that exemplify India’s road to the achievement of Sustainable Development Goal 14 which emphasizes the importance of the Blue Economy as an ordained ‘culture’ of India’s economy. The Blue Economy’s integration into the traditional economy will ensure that India develops a multi-pronged approach as far as the domain of the sea is concerned.

CONCLUSION: THE FUTURE FOR INDIA AND THE IOR

As far as the future is concerned, India’s IOR presence is likely to evolve and encompass several unattended and long-ignored dimensions. India remains afar when it comes to wholeheartedly considering the maritime domain to be as important as any other domain which has entailed Indian participation, and while the Indian Ocean retains significance owing to it being ‘India’s Ocean’, the belonging is yet to reach a meaningful end. The Indian Ocean conveys the impression that the many greater powers operating in the region which includes countries with postcolonial territories such as France (which has the world’s largest Exclusive Economic Zone owing to its overseas territories in the IOR), including the Peoples’ Republic of China, have created a strategic footprint in the Indian Ocean that may hinder Indian objectives and aims.

A prudent consolidation of India’s objectives and partnerships, both individually and with committed partners and friends, is needed. India retains active involvement in eastern Africa, the Horn of Africa, the Southeast Asian region and in the three maritime zones of the Arabian Sea, the Bay of Bengal, and, obviously, the Indian Ocean. The evolution of the Quadrilateral Security Dialogue, or the QUAD, may result in India expanding its involvement to the edges of the western Pacific, an area not prioritised owing to geographical distance and non-existent geopolitical objectives.

Playing a hand in curbing the ever-increasing influence and assertiveness of the Peoples’ Republic of China forms one of the outstanding objectives that are to be pursued if India is to emerge as a leader in the IOR. India’s leadership in the IOR, till then, may remain suspect.

Jay Maniyar
The author is a Research Associate at the National Maritime Foundation in New Delhi, India. The views expressed above are in a personal capacity, and do not reflect the views of his employers. He can be reached via email at jaymaniyar@gmail.com, and can be contacted on the professional networking platform, LinkedIn.
Tags:
Indian Ocean Region Indopacific Quad BIMSTEC SAARC Indian Navy
Share:
Share this...